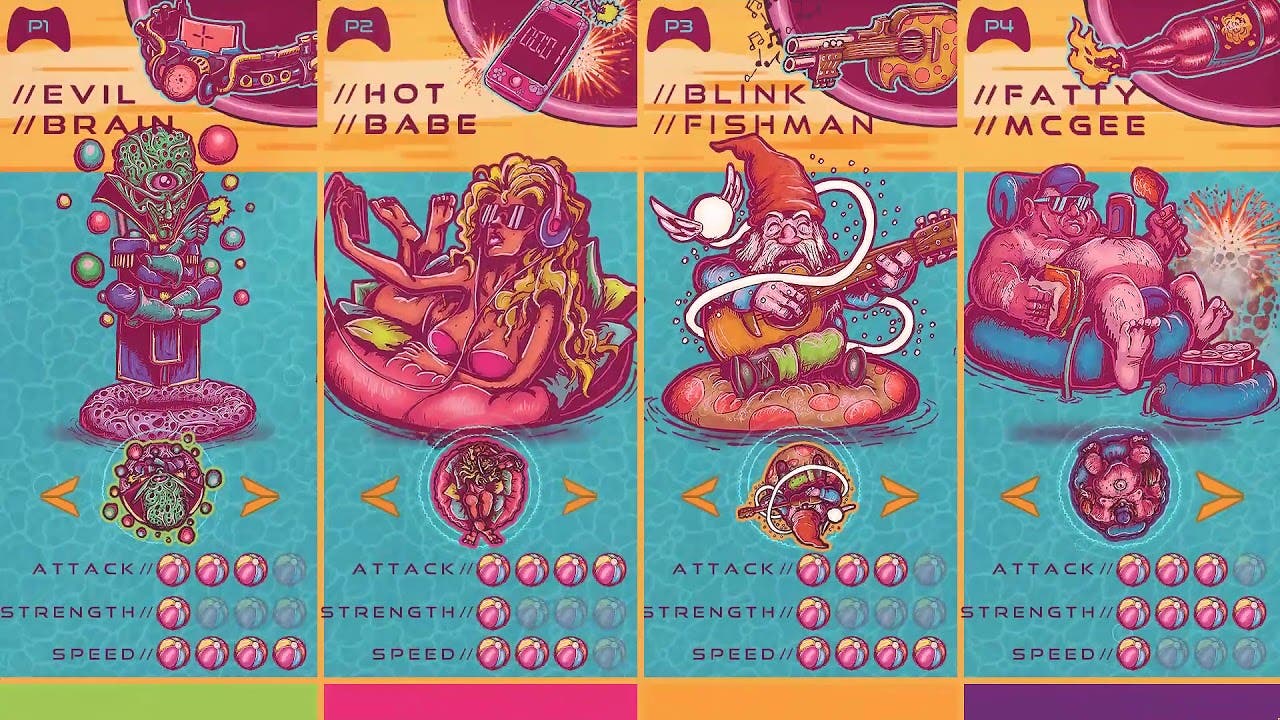 Tubetastic: World Splashfest is a bodacious party game coming to Steam Early Access on May 16th

MODESTO, CALIFORNIA – MAY 1, 2019 – Announcing Tubetastic: World Splashfest, the game summer has been waiting for! Immerse yourself in a sea of chaos as you use your arsenal of weapons to battle your way to the top and be crowned king. Packed with a buttload of wacky characters with unique starting abilities – who will be your best?

Seek out face-owning power-ups, master the art of boosting and bouncing to dodge your enemies, hunt down your friends and foes with brute force, or laser beam unicorns up the you know what!

“Some say crazy, others say wonderfully creative, everything I do I ensure it drips Super Goodwin,” intensely said by Chris Goodwin, owner of the insanely indie Super Goodwin crew.

Play local / online battle royales or work cooperatively to survive the variety of dynamic enemies that lurk in the deep. Tubetastic: World Splashfest is best played competitively with friends, toes in the water, tail in the sand; come be a part of the insane water fight coming to Steam May 16 for $14.99. A free demo of Tubetastic will be available on Steam the day of launch.