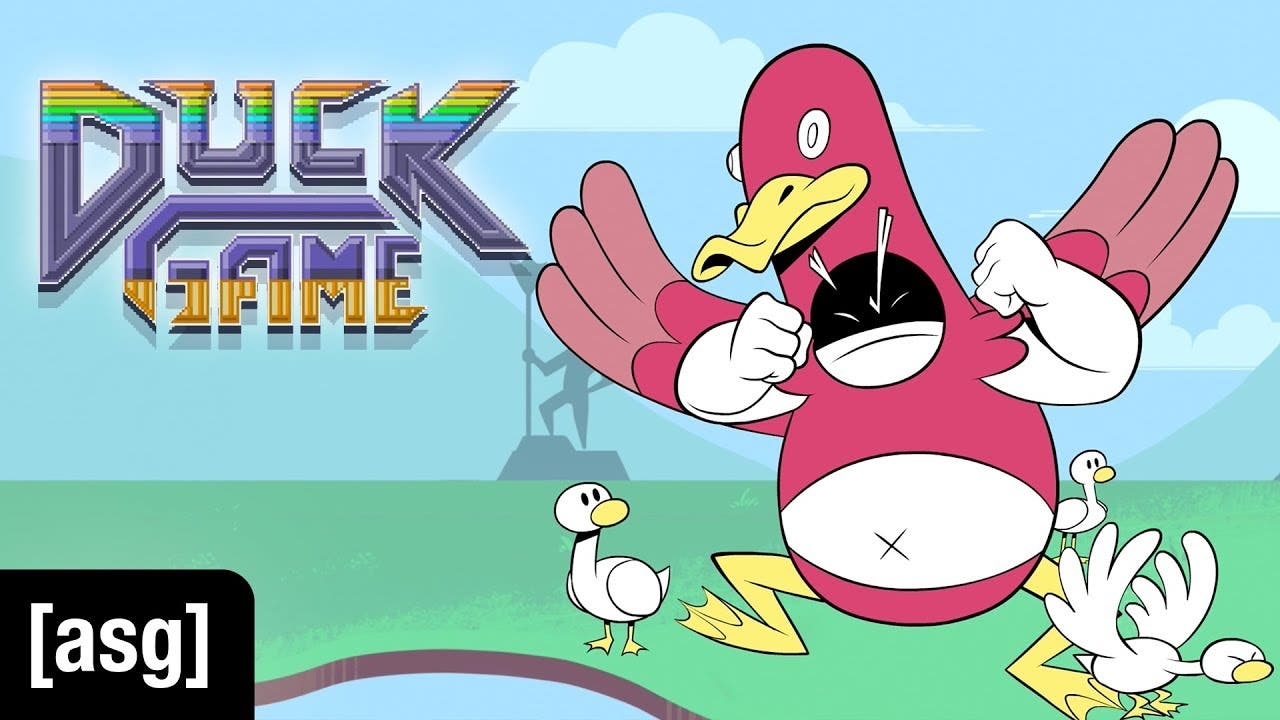 ATLANTA – May 2, 2019 – Adult Swim Games and independent developer Landon Podbielski have released the hilarious multiplayer action hit Duck Game on Nintendo Switch via the Nintendo eShop for $12.99. The Switch edition of this wildly popular indie darling has been developed in partnership with Armature Studios for a fully optimized and satisfying experience.

Welcome to the future – the year 1984 – a nightmarish age of colorfully pixelated graphics where ducks run amok in a frantic war for glory. Win the crowd and amass a following by blasting your feathered friends with firearms, mind control rays, magnet guns, saxophones and several other things that shouldn’t be weapons but now are! Duck Game emphasizes clever tactics and strategy as much as raw skill and reflexes. It’s one hit and you’re roasted, so make sure you don’t blink.

Play on your own in single-player Challenge mode or with up to two to four players in local and online multiplayer. There are more than fifty chaotic levels and fifty ridiculous weapons to discover. You can even make your own wild Duck Game stages with an easy-to-use level editor featuring touchscreen support.

Duck Game is also currently available on the PlayStation®4 computer entertainment system and Windows PC via Steam. This game is rated E10+ (Everyone 10 and up) by the ESRB. For more information, visit www.adultswim.com/games/pc-console/duck-game.