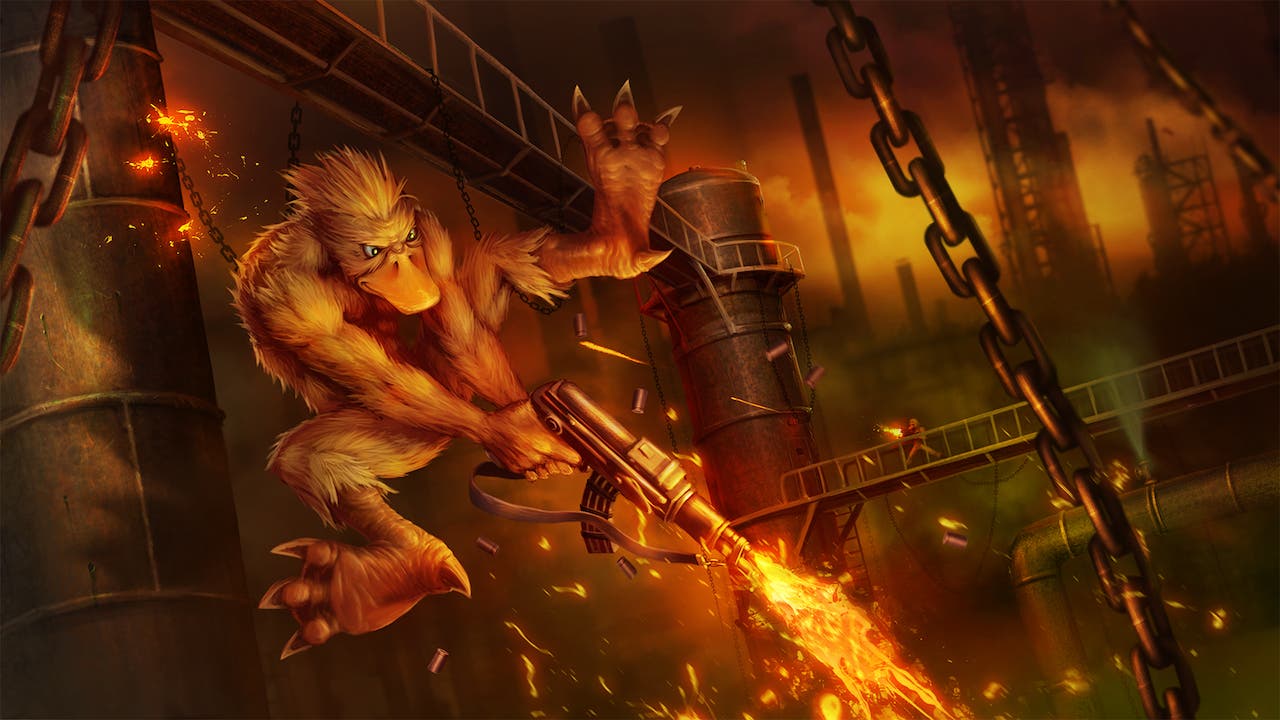 This game has a “quack” button. That is all, review over, buy the game now. 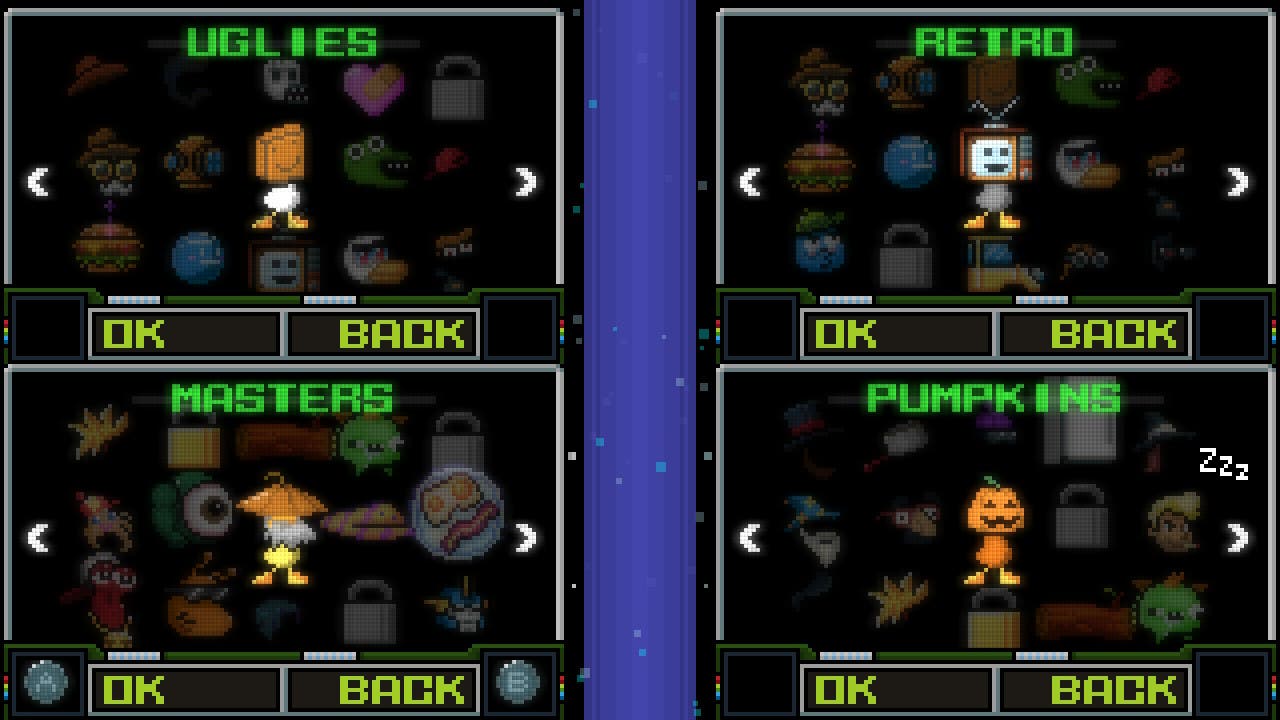 Ok, ok. In all seriousness, the game has more to offer than just a button to quack. You have two roads to travel in Duck Game. There’s a hectic yet fun multiplayer aspect and hard as nails single-player challenges. You’ve probably heard about this game through its multiplayer aspect, and it’s well deserving of that. It’s a single screen experience where you’re battling your friends in a one-hit kill frenzy. The stages are relatively simple, but that leads to great battles being fought with up to three of your friends. You’ll play on stages that give you lots of platforms to hop around on, to ones that try to funnel the battle into a single area. Even the stages that aren’t anything too exciting make for a fun experience overall. 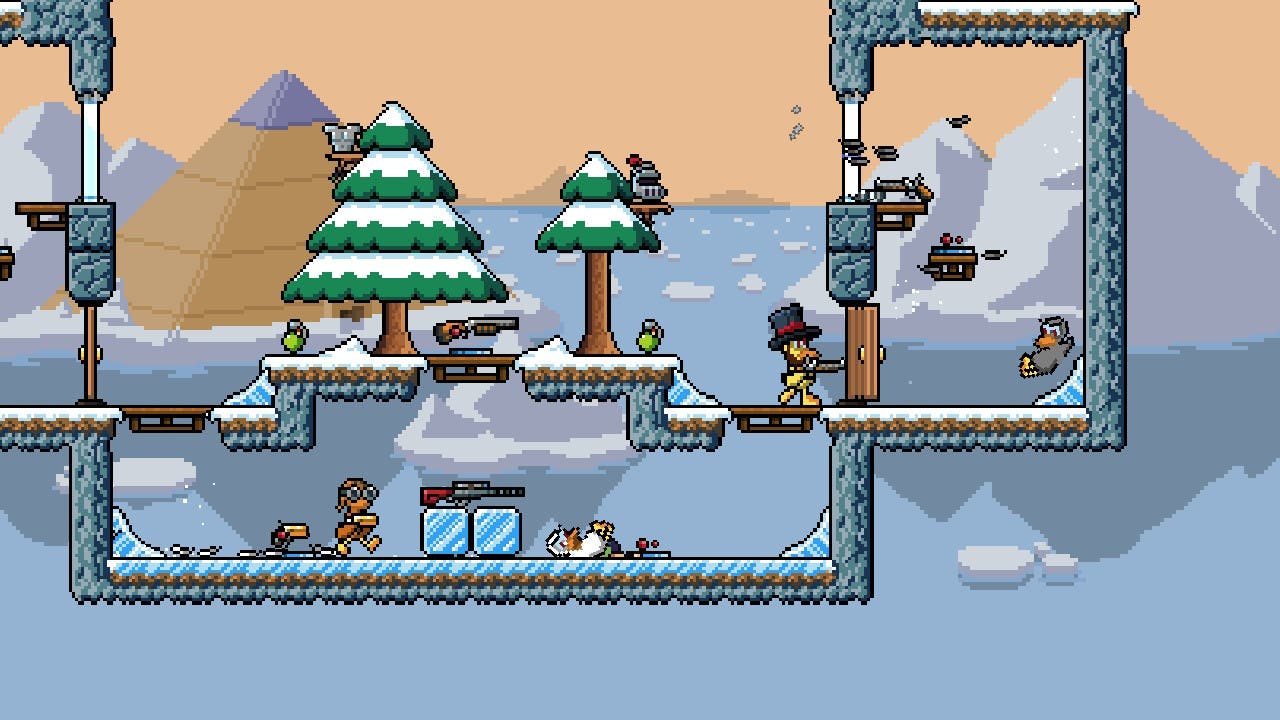 So one has to wonder about the method of attack these ducks are inflicting upon one another? It’s weapons silly. There is an impressive swath of weapons to equip your ducks. Wait, did I mention that everyone plays as a duck? In case the title didn’t give it away, you play as ducks, cute pixely ducks. Cute pixely ducks who can hold swords and fire shotguns. Ducks who will blast you with a flamethrower or annoy you with grenades. But not all weapons are so simple to use, take the grenade, for example, if you hold on for too long, it’ll just blow up in your hands. Other weapons also have neat quirks that add a slither of strategy to the combat.

If it isn’t apparent, multiplayer is the way to play Duck Game. It’s one of those great games to play with friends or to play over a stream. But unfortunately, if you’re by yourself, there’s no AI to play against so the all-out fun battles will be missed. But you can play challenges. The challenges, unfortunately, aren’t quite as fun. They can get tricky, but nothing ever felt enjoyable to play. Although completing each challenge will net you tickets to redeem for new hats, which is sweet, it just isn’t so great to play through this mode to get them. If you find that you do enjoy the challenges, there are a bunch of them to unlock and test your skills. I was struggling particularly with one that involved riding a chainsaw. Maybe I’m just an old man not understanding the mechanic, but I couldn’t get the timing or technique down. 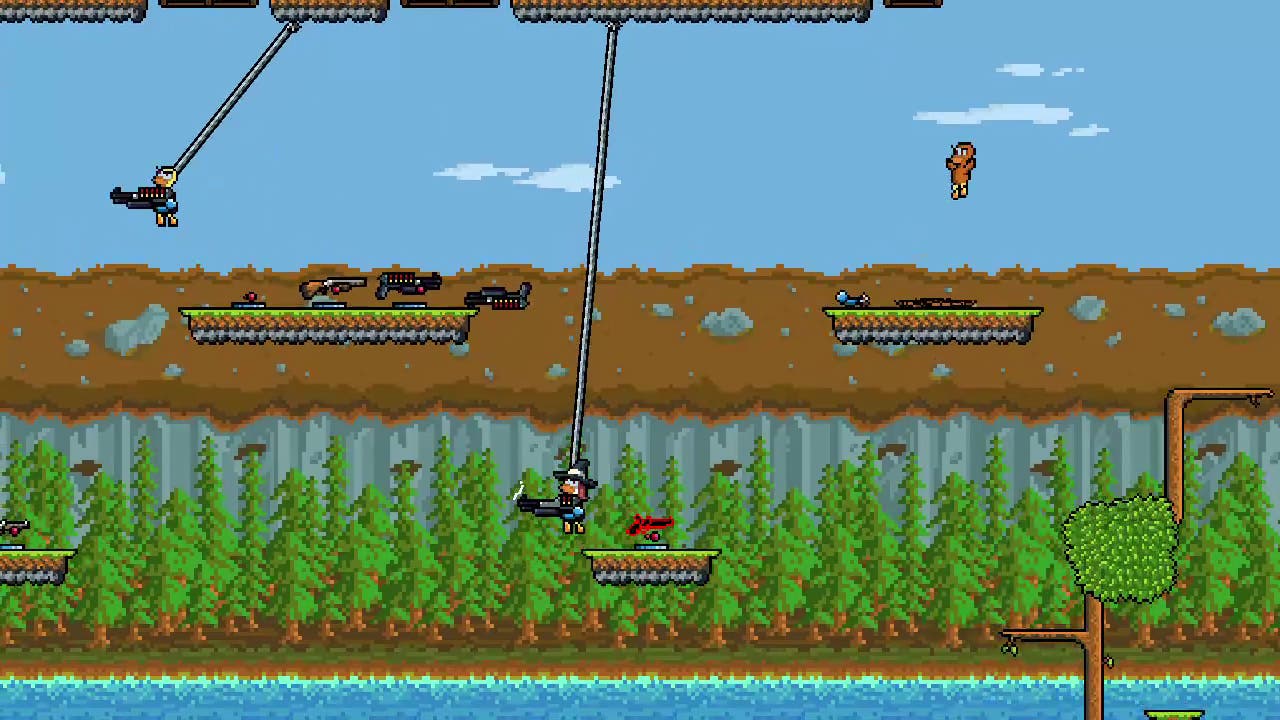 Duck Game is out on multiple platforms, but with it being on the Switch now, you can take the Ducks on the road. So if you have extra joy cons or have friends that do, this is one of the perfect games to pick up and play at social gatherings. It’s a solid port for all your quacking needs.