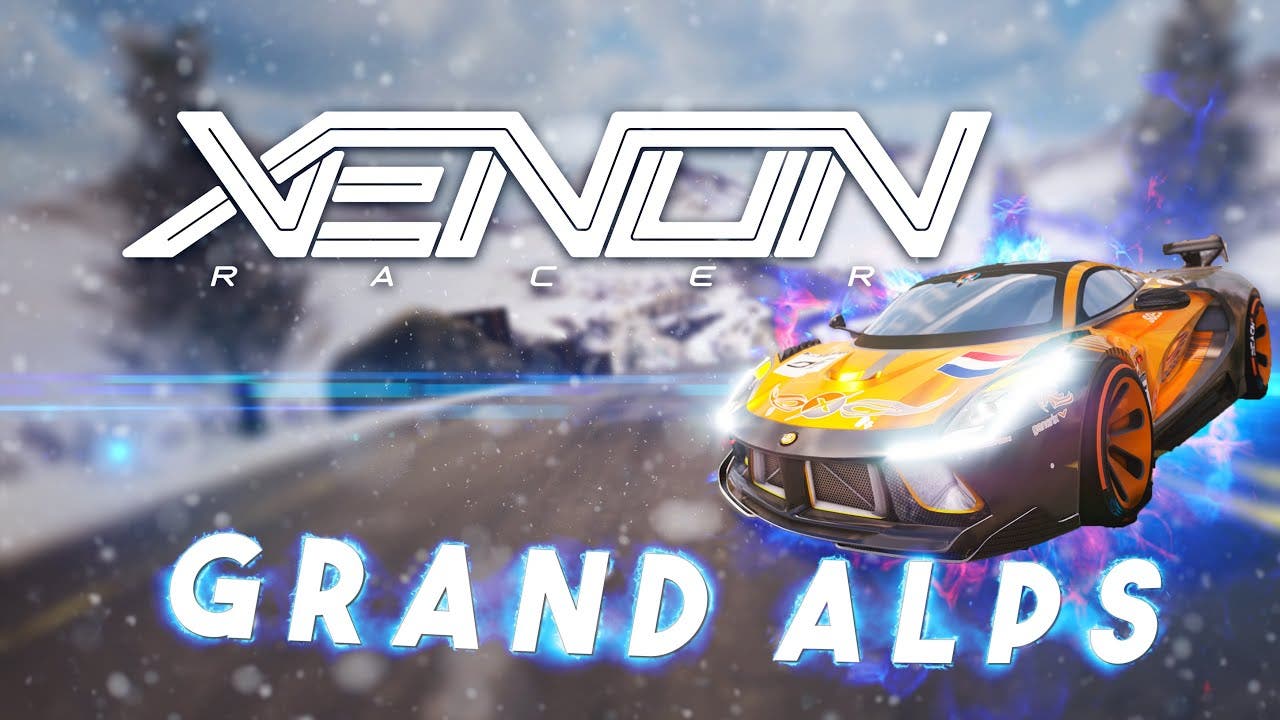 Rotterdam, The Netherlands – May 17, 2019 – A completely free content update has been added to Xenon Racer, which includes a frosty new location and a new racing team. This update is the first in a series of three free content updates. In June, there will be several new customization options added, such as additional rims and liveries, and in July there will be another new location with several tracks and a car model added into the game. Additionally, the Nintendo Switch version has been updated to include a performance and quality mode alongside other improvements to the stability of the game.

Steam Extras & PC Demo
Fans of Valve’s award winning IPs Left 4 Dead, Portal and Half-Life will be able to race round the Xenon tracks in cars sporting a dedicated livery. A demo of the game is available for free on Steam and there’s a variety of contests running in both the demo and the full game on Steam to win a SOEDESCO game bundle.

Xenon Racer launched on March 26th and is available digitally and physically for PlayStation®4 and PS4 Pro, the family of Xbox One devices including Xbox One X and Nintendo Switch™, as well as on Steam®.

Drifting through the snow
From now on, players can drift and boost through the Italian Alps in the imposing new “Grand Alps” location. Here, it’s possible to race on three different new tracks in both directions, with spectacular views of snowy mountain tops, ski-lifts and lush pine forests. An additional racing team is added to Xenon Racer as well, racing with the brand new Winterwing car in both normal and performance mode.

About Xenon Racer
In the near future, the official racing federation has ordered a seasons pause from racing, to allow teams to ease into the transition to flying vehicles. To bridge this gap, top hybrid car manufacturers host a rogue championship for rookie drivers on the streets of cities worldwide. Their advanced cars drive on electricity and Xenon gas, resulting in crazy speeds. Get behind the wheel, keep your adrenaline in check and drift through the streets. Boost to absurd speeds and become the ultimate Xenon Racer!