Xenon Racer from 3DClouds and SOEDESCO is a futuristic racer that does some things well, and other things not so well. It has a unique look and feel, but the questionable AI holds the game back from being better. The game offers lots of depth in its customizations, but comes up shallow in its overall offering. There’s plenty of fun to be had for all ages, but exercise caution when racing on the futuristic streets of Xenon Racer. The happenings inside the world of Xenon Racer offers an interesting premise: hover cars are about to be released, so the world’s racing corporations form an electric vehicle series for the remainder of their time. There are multiple classes of vehicles like Normal, Normal GT, Performance, Performance GT, and the like. Though, this is never explained why they are separated, and seems like padding. Without giving away anything, the end races offer some sort of closure on the events, and even offer an exciting All-Star Fruit Racing unlockable from the developer’s prior game. All in all, it’s a great way to have one last hurrah for four-wheeled cars, even if the whir of electric cars isn’t the most exciting sound to hear.

The game features all the modes you’d expect. Where it differs, is a branching node championship series that gives you some latitude of choice, and desire to do everything in it. Then there’s fast race, split screen, online, and edge. The race types you’ll find are just ones where you have to be first across the line. You have your checkpoint races in which you have to reach the next checkpoint before time runs out. Where things fall apart is when the game asks you to do eliminator races, because you have no idea when the next one is coming, so it’s a mad dash in all the wrong ways. I eventually learned that the first 24 seconds of the race are safe, then every 10 seconds from there a racer is eliminated. It’s extremely fast for a race of this type, but more information would go a long way. This inconsistency carries through the game. 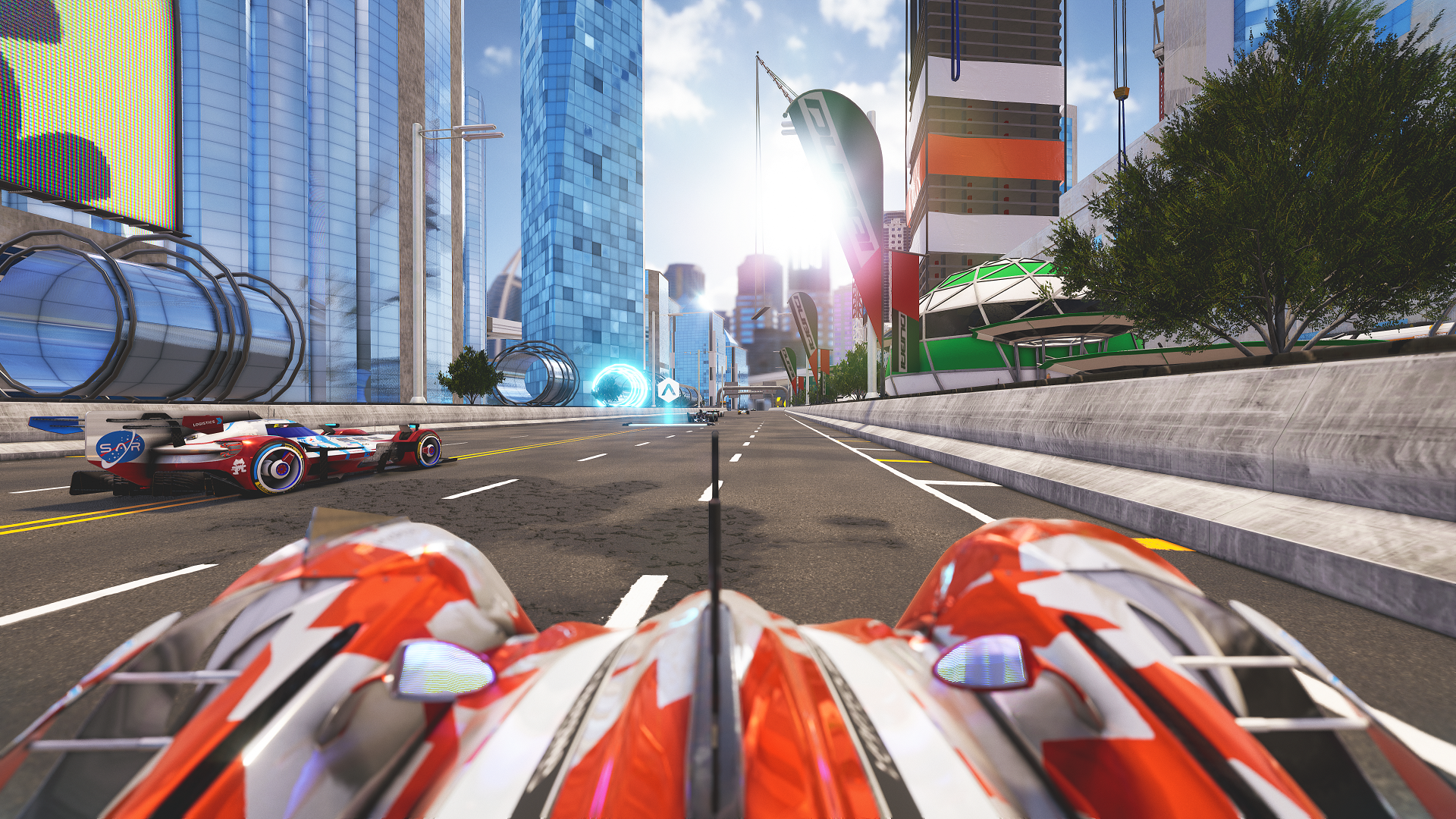 As this near-future becomes present, xenon gas is the new hyperfuel. Here, you pick them up as boosts, or earn them through drifting. In a bit like Ridge Racer, you must drift to build up kinetic energy that stores the xenon gas. Taking a page from F1’s KERS system, is ERS. You’ll be able to store three boosts in batteries. There’s a neat blue indicator on each car that lets you know you have it, and should you store the maximum of the three batteries, the game makes sure to tell you to use it.

There are lots of performance and visual customization in Xenon Racer. From wraps to paint types to colors, you’ll be able to design the vehicle to your liking. At first, most cars are going to feel like drifting a slug. It’s then you realize you’ll need to grind for car parts like wings that alter speed, acceleration, handling, or drift capability. Once you dial in your car, you’ll get 1st place no problem. It just would be a bit nicer to do that from the start, without all the grinding. There’s a weird difficulty curve, in that it comes and goes. Sometimes the AI are incredibly and unbelievably fast that even on what you’d consider to be a perfect race, you can never gain ground on the first place driver. Or in other cases, the AI can’t find the gas pedal and you’re outpacing them by a large margin. This problematic AI extends to the damage system. Your car can only take so much damage before you’re respawned and reset just a bit behind your last position. In most cases, this is a reason to worry. If you’re in the lead, you’ll likely be by enough that this doesn’t matter. Or, if you were already behind, you might as well restart. The damage system as a whole seems superfluous, it’s meant as a punishment for driving reckless, but it has little bearing overall.

Xenon Racer has an identity crisis as it doesn’t know whether to be a drift-heavy racer or sim-style where lines are important. Because all too often you’ll come up against a 90 degree turn that requires heavy braking rather than something you can drift through. The tracks should be better designed for the drifting if that’s what they want you to be doing. Each of the tracks are based on real-world locations set in 2030. You’ll see places like Boston, Tokyo, Dubai, and even a forest in Canada. The diverse locations break-up what I thought would be just urban landscape with some nature, and even seeing a long-forgotten race location Cote d’Azur return was a sight for sore eyes. There are day and nighttime variants of each track, keeping them from becoming stale just a bit longer. 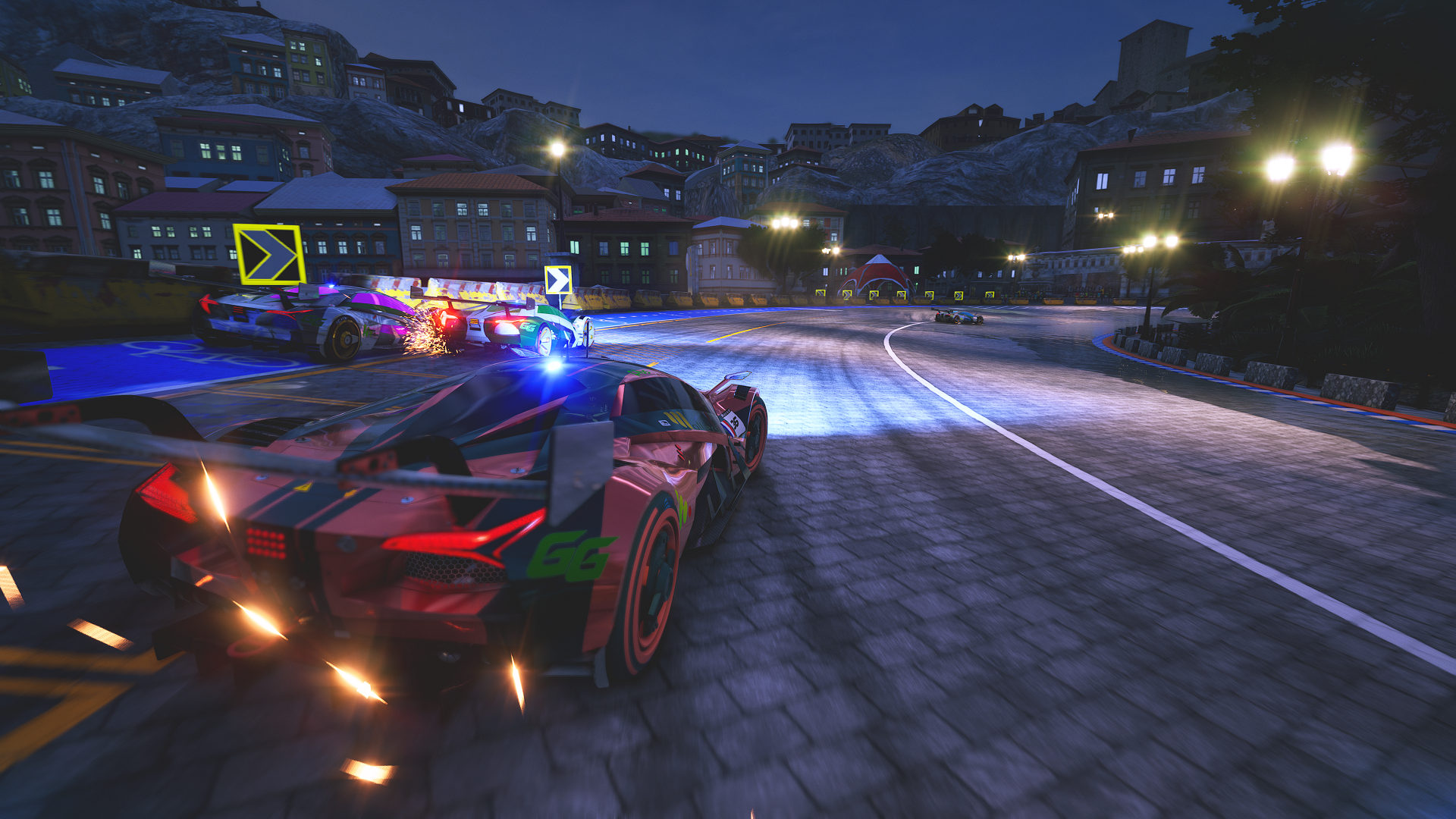 The game runs on Unreal Engine 4, and it looks great. It constantly ran at 100fps+ for me. From the cars to the tracks, and overall environment. There are transforming cars that exude their own personality. This is complimented by the equally futuristic HUD design where each manufacturer has its own speedometer and tachometer. The way reflections are blinding when the sun hits the glass of a skyscraper as you’re racing through is just a really nice touch. 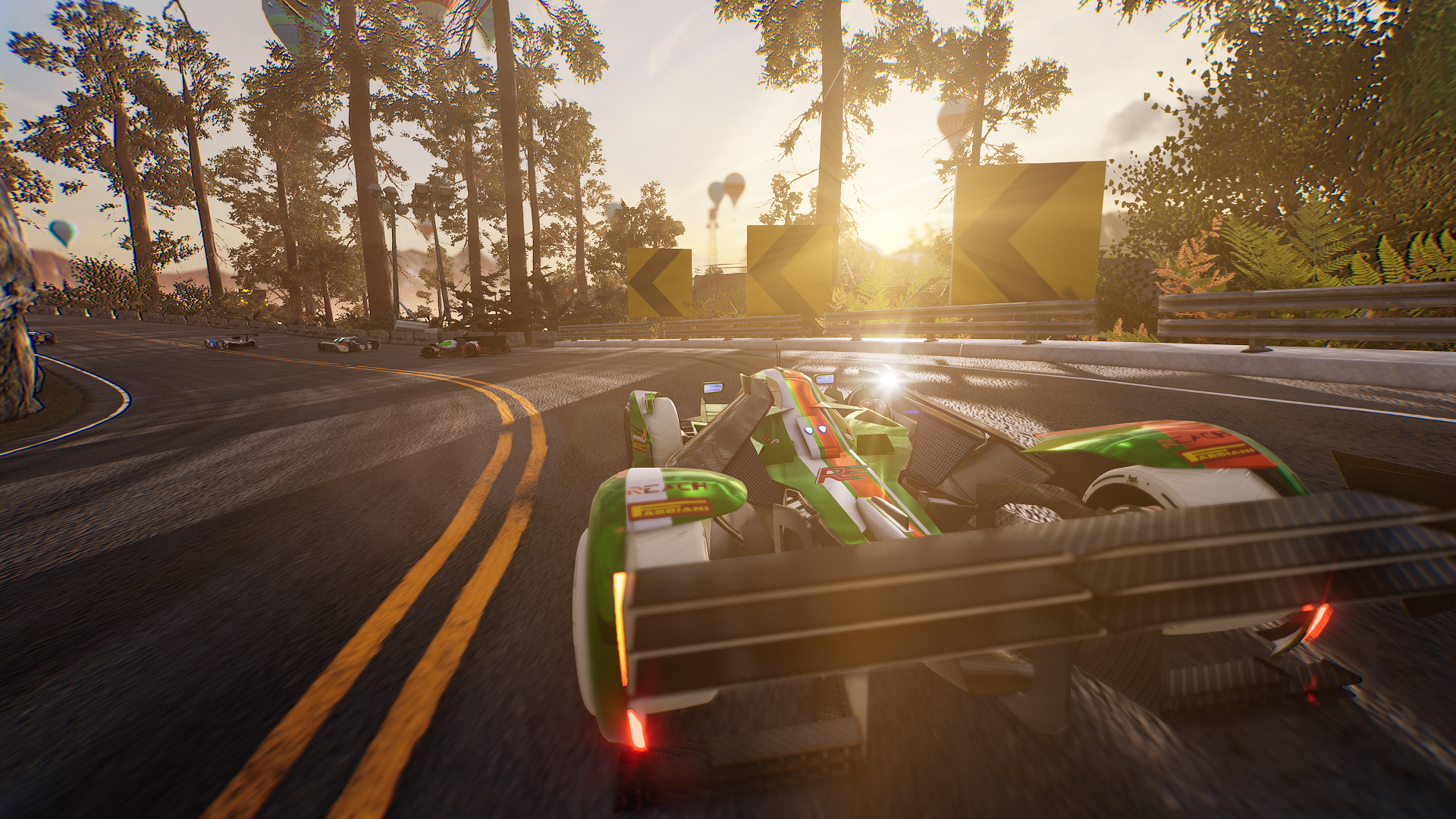 Xenon Racer looks and feels just like a game you’d find in the arcade. It’s such an easy game to pick-up and play for any amount of time. It’s a fun game that suffers from just being generic, and lacking any kind of personality. It’s missing something I can’t quite put my finger on, but I think for the right price this is a good get. Xenon Racer doesn’t try to be anything more than it is, so with that, you’ll find a solid futuristic racer to play.