Hell is Other Demons Review

Hell is Other Demons might fly under the radar due to its split releases on Switch and PC through Kongregate and now Steam, but it should absolutely be played wherever you can get it. This chunky bullet-hell platformer is tough, but fair. It is as much about skill as it is having a strategy in mind, and memorable patterns help. Cuddle Monster Games have crafted an excellent game in that Hell is Other Demons offers an incredible amount of choice, making this a superb title that shouldn’t be missed. 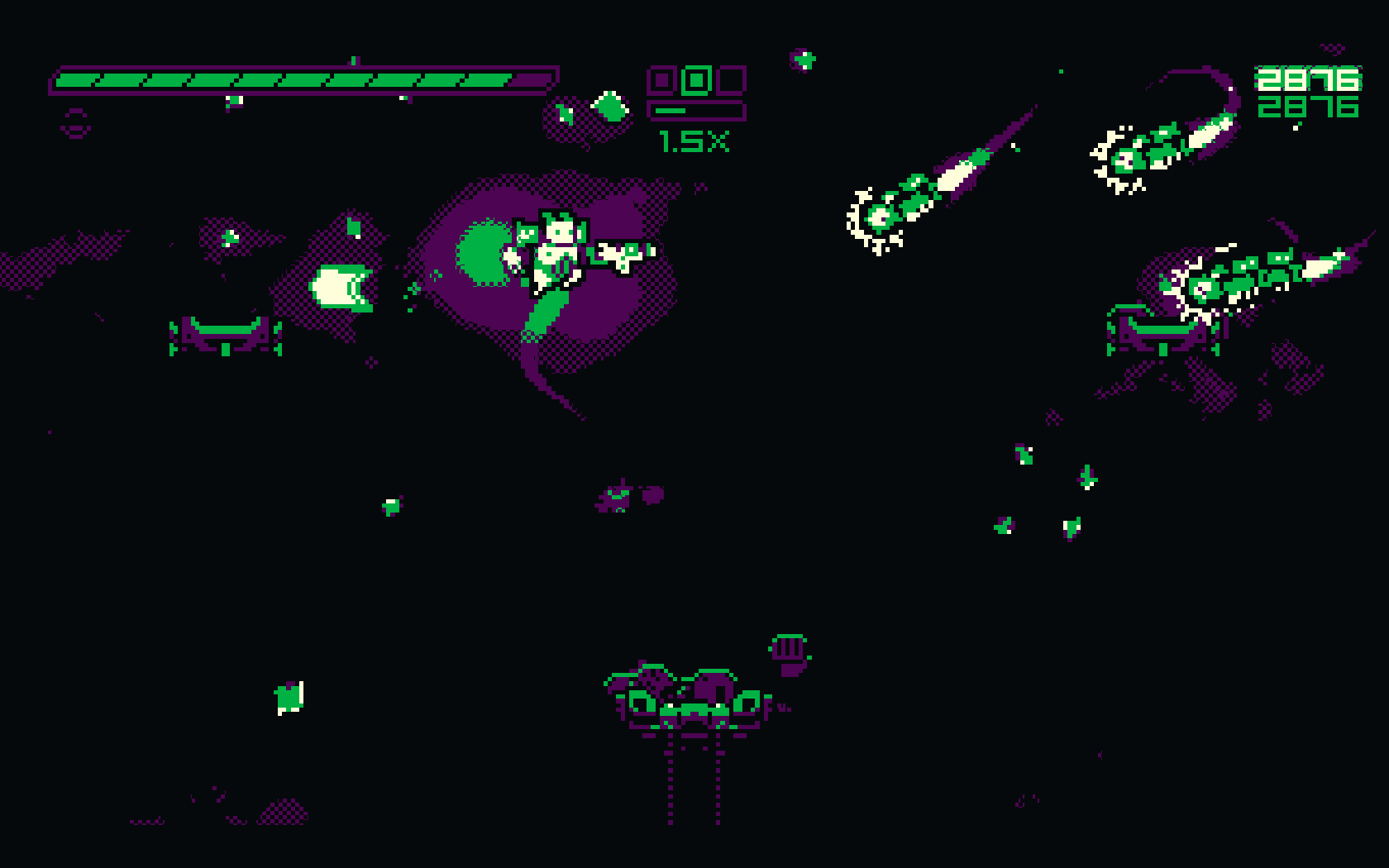 The campaign mode is the meat of Hell is Other Demons. The opening gives you all the information you need, stating simply that you’re a demon killing other demons to put an end to Hell. The game then wastes no time putting you into the action. The gameplay is quick, reactive, and faster than you’d imagine. All encounters are held in arenas, with platformers whereby you hold off enemies in wave-based attacks before you clear the level. You have a health-bar with three health points to start, which isn’t much. Your fragility can be bolstered.

In the campaign, there are four relics to collect from four different bosses to unlock the fifth area, inferno. Reach that fifth and final boss is difficult in its own right. Each boss has 666 health to contend with, and you’ll need to have a layout that not only works for you, but is right to counteract the boss. There’s a really satisfying feeling you get by defeating these bosses, especially the final one as it has a bit of bullshit associated after you beat it (hint: don’t put down the controller). There’s also a separate arcade mode which relies on randomness, and is a linear path forward as you earn a separate series of tokens. Each section of the campaign also contains a endless level that can be used to obtain a high-score or just to obtain bits for upgrades. 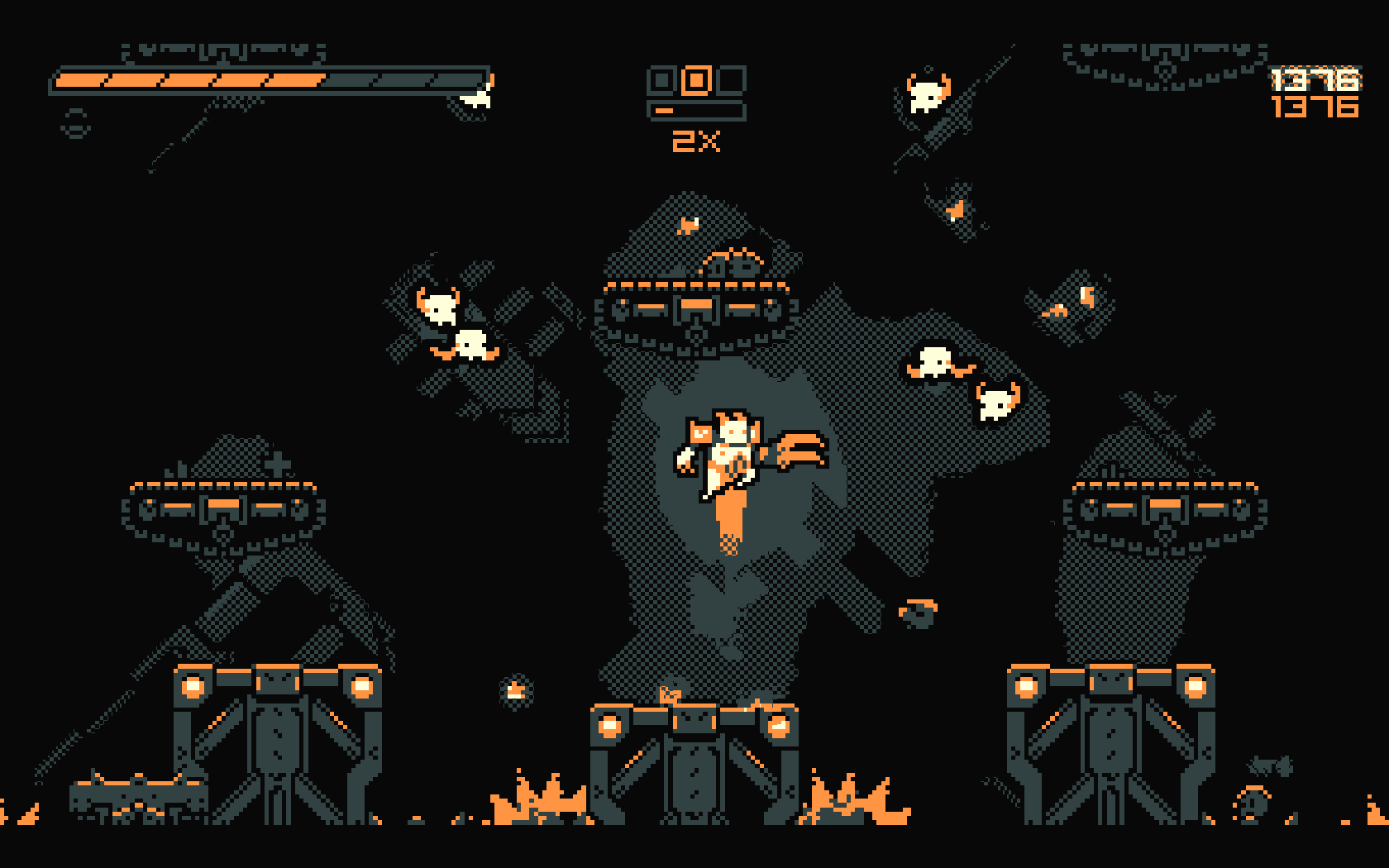 Most in-game shops don’t seem to offer anything meaningful in games like these, but in Hell is Other Demons, it is everything. As you play, you’ll earn bits that you vacuum up from enemies. You can never lose them, with the exception if you never try to pick them up as they’ll disappear from a level. Each shop in each area of the game is different, and offers unique weapons, perks, and upgrades. These start to get pricey, but you’ll need to replay levels to net you the necessary currency. And since you keep the bits you’ve earned regardless of completing a level or not, there’s always something to be gained. While you still need to be skillful at playing the game, you can “grind” your way victory, or at least to an item that’s beneficial to your survival or damage output.

Once you’ve purchased your items or buffs, you’ll need to equip them. The catch is that you will start out with a limited number of slots, and each item takes up a specific number of pips on that bar. You can increase the maximum pips to 20, but even then you’ll still run into limitations with the higher tier items and how many they consume to equip. I took on a perk that you don’t take damage from lasers when 3hp or below, this negated most of the damage of this boss battle that allowed me to beat it on my second try. There’s many health related ones, but there’s defensive ones, and offensive ones like shooting a laser with each jump. The ramping challenge can be mostly leveled by powerful upgrades, but not in all cases. There’s so many good options to choose from, it gives the player the freedom of choice to play how they want, and craft their experience. 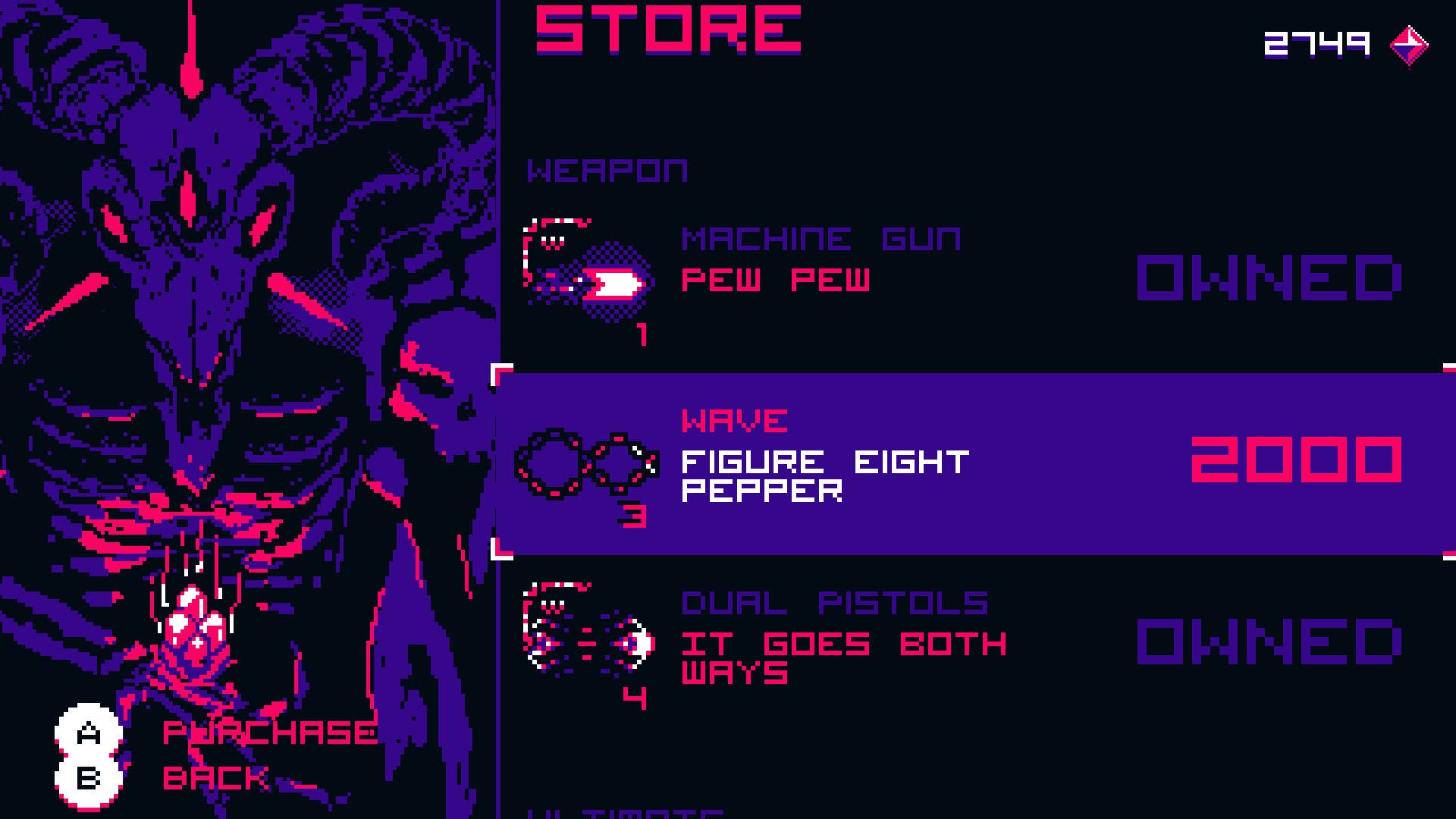 Both singleplayer modes have color scheme unlocks. As each region of the campaign map have its own colors, you can set a single identity for the whole game. And they’re all great. Hell is Other Demons pulls off the “chunky pixel” aesthetic well, and by all appearances seems like an 8-bit game. This up until you hear the heavy synthwave soundtrack composed by Rémi Gallego, who composed Hacknet, with retro sound effects by Magnus Pålsson, composer of the VVVVVV OST.

This game supports both keyboard and controller, and controller felt the best, but keyboard is completely viable otherwise. There’s thankfully minimal bugs in the game. There is an instance where the game doesn’t know what to do if you die and kill the last enemy or boss at the same time – you just hang there until you restart. And if that’s all there is after six hours of playing, then there’s nothing to worry about. 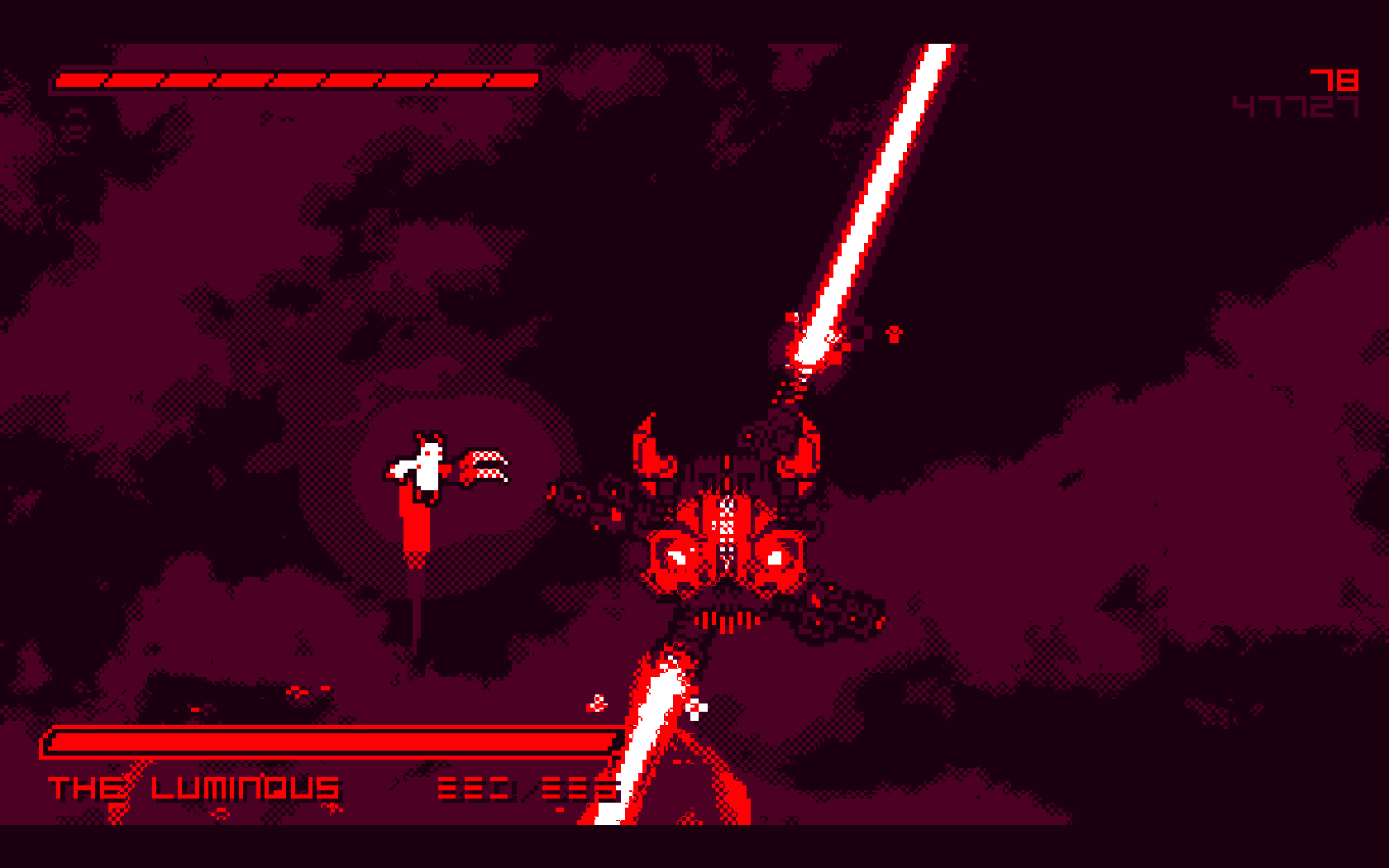 Hell is Other Demons offers two great, differing modes that will grab your attention, and hold it for hours. The aesthetic will almost hurt your eyes, but you’ll never want to look away from it as the soundtrack and accompanying effects both visually and audibly are tantalizing. Cuddle Monster Games has achieved something special with Hell is Other Demons. This is a devilishly clever bullet-hell shooter that you need to see for yourself.