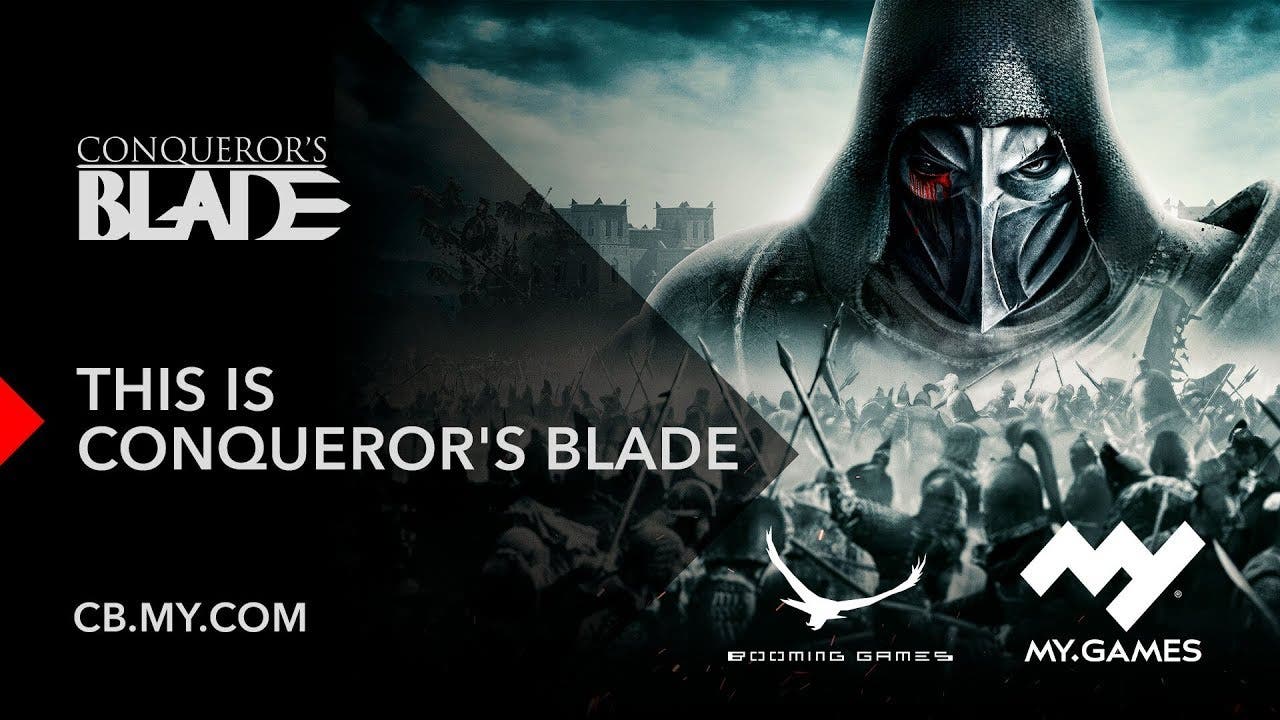 Conqueror’s Blade releases into Open Beta, allowing any and all newcomers to join the ongoing conflict

Tuesday, 4 June 2019 — Global publisher MY.GAMES and developer Booming Games are excited to announce that today its vast medieval free-to-play tactical MMO, Conqueror’s Blade will release in open beta allowing all aspiring warlords to stake their claims to its open world for free. Starting today, players can register on cb.my.com and take their first steps in creating their empire’s epic saga.

A vast untamed medieval landscape awaits, as players create their own unique warlords from 10 diverse classes and head out to remold it in their image. Along the way, they will need to raise a powerful army, out think their opponents during the territory wars and climb to the leaderboards if they hope to grow their lone campaign into a legacy.

“We are thrilled to finally open the gates to Conqueror’s Blade massive medieval universe and release it to all aspiring warlords to experience for free,” said Petr Lagun, Producer at MY.GAMES. “It’s exciting and uncharted territory for us, and we’ll be paying very close attention to your feedback as we work on and implement new design decisions. Booming Games has created a rich landscape just waiting to be claimed and we can’t wait to see the bonds and rivalries that our community will create to shape it. Be it through epic siege wars or the formation of large houses, there is so much for players to discover, build, defend and destroy in the name of conquest.”

Create Your Warlord: Customize your conqueror and specialize them in 10 powerful weapons classes, each with unique special abilities, combat styles, strengths and weaknesses. Mount up, draw your weapon, and command your army from the eye of the storm.

Open World Strategy: Spread your influence and power across the full extent of your vast new domain. Discover more of the world, gather resources and initiate trade to build and develop your castle, raise your army, and turn this land into your empire.

Player-Driven Ecosystem: Be part of a huge community of warlords around the world. Forge alliances by forming or joining Houses, battle to secure territory and spoils, and work together to change and reshape the world around you.