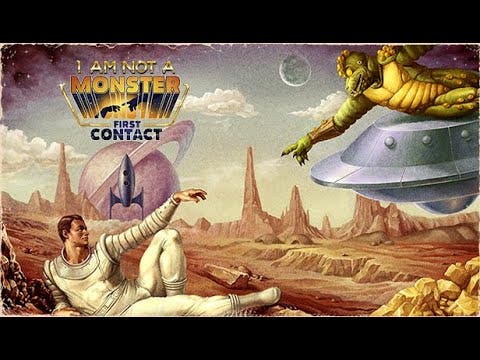 I am not a Monster developers, Cheerdealers are adding a 10-hour campaign mode later this year

I am not a Monster, a title developed by Cheerdealers under the publisher Alawar Premium, officially announced they are adding on a single player campaign called First Contact, slated to launch 2H 2019. The new single-player campaign edition add-on will feature 8 playable characters (you will play all 8 during the game on different levels), 40 unique levels,  and approximately 10 hours of gameplay.

Pre-registration for the closed beta opens officially today forward, with invites going out this July. All interested players can sign up here: https://iamnotamonster.com/

Cheerdealers gives a hint to the coming single player campaign below:

“Captain Laser, a famous hero of space battles, is once again invaded by vicious monsters… he fights them off, protecting all the passengers and starship crew. There’s something different about this battle, though; it just doesn’t feel the same to him; there is more than meets the eye… As the narrative continues, he will soon learn the true nature of these monsters, thus revealing hidden secrets about the other passengers.” – Stanislav Stepchenko, Producer, Cheerdealers