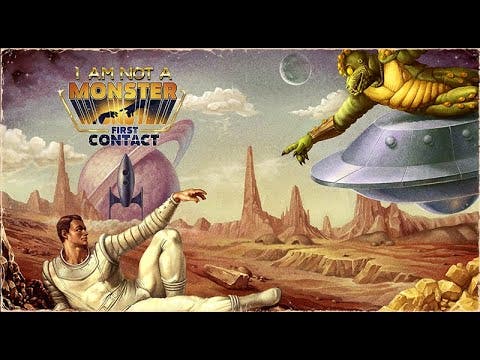 I am not a Monster gets single-player campaign,”First Contact” on September 19th

I am not a Monster, a title developed by Cheerdealers under the publisher Alawar Premium is set to release their highly anticipated single-player called ‘First Contact’ on September 19th. The new single-player will be a free update for those who own the original multiplayer game, and if new players decide to jump-in this coming “free weekend” going on tomorrow September 6th until the 9th on steam, they’ll luckily get the new single-player update upon release.

Upon full release, the new single-player campaign edition will feature 8 playable characters (you will play all 8 during the game on different levels), 40 unique levels, and approximately 10 hours of gameplay.

“Captain Laser, a famous hero of space battles, is once again invaded by vicious monsters… he fights them off, protecting all the passengers and starship crew. There’s something different about this battle, though; it just doesn’t feel the same to him; there is more than meets the eye… As the narrative continues, he will soon learn the true nature of these monsters, thus revealing hidden secrets about the other passengers.” – Stanislav Stepchenko, Producer, Cheerdealers

The beta is still currently live now leading up to the Sept 19th, 2019 full release. All current owners of the original ‘I am Not a Monster’ (multiplayer) can access the beta via Steam. Press members and other influencers are free to play and review the beta as long as they mention the version of the game they are playing.

The owners of the multiplayer version can choose to play the beta when launching the game. Those who don’t own ‘I am not a Monster,’ can get the First Contact beta by subscribing to the newsletter at https://iamnotamonster.com/

What to expect in the current closed beta: