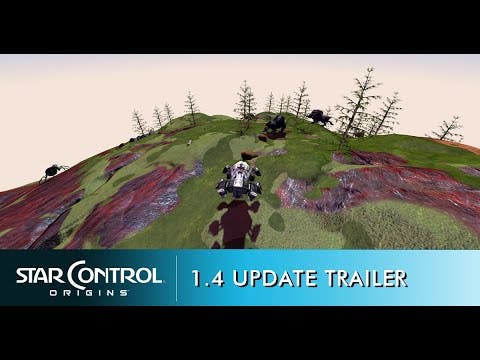 Planets are now far more detailed than it was in the game’s previous versions thanks to enhanced terrain textures and lighting. Improvements to the terrain rendering system have also allowed for better frame rates and performance. Textures on props found on various planets like tentacle plants, mushrooms, bones, and more, have also been improved for more visual appeal.

“With thousands of different worlds to visit, it’s always been a challenge to make sure they all look interesting and unique, while at the same time avoiding loading screens,” said Stardock CEO Brad Wardell. “We’ve spent the past several months updating the engine and art assets to take advantage of the new rendering features. Now the planets don’t just look a lot better, but should also perform substantially better.”

Community requests have been addressed regarding bugs with the particle sorting and crashing. The game’s lore has also been updated. The aliens previously known as the Observers will now be canonically called the Arilou, and the ships they pilot will be renamed accordingly. Star Control: Origins is available on Steam, GOG, or Stardock for $29.99. For more details, visit the forums or www.starcontrol.com.