Hi-Bit Studios embraces the thoughts and feelings of teenage life, in 198X. Released as the first part of an unknown quantity, 198X explores the growing pains, the desire to fit in to a mold that’s not been set. This Kickstarter success is ambitious, thought-provoking, and entertaining. It strikes a nice balance between genres and telling a story. While the game ends on a cliffhanger, the story is worth hearing in its current form. 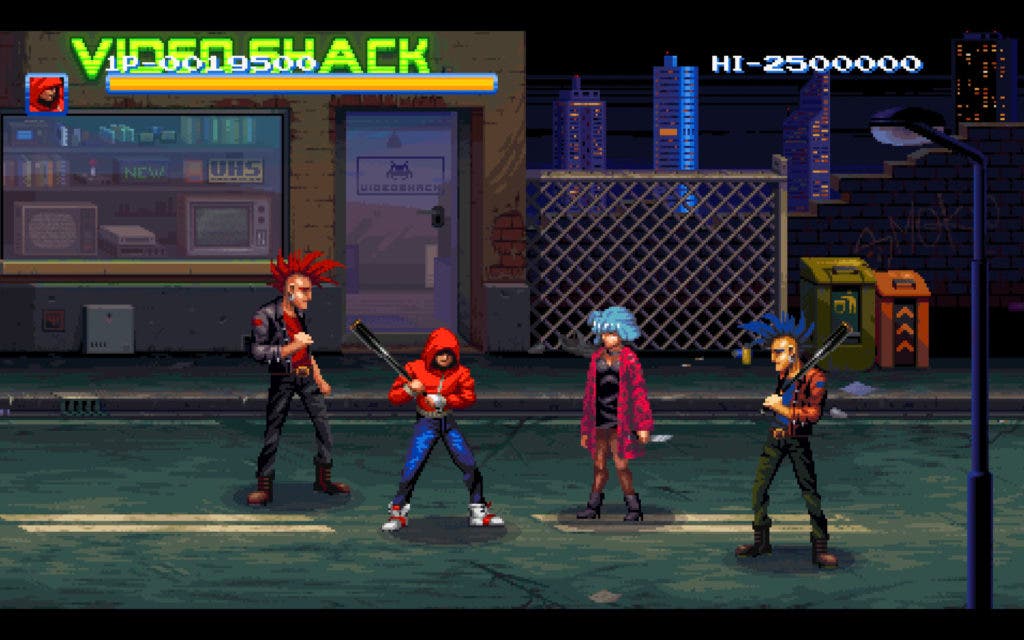 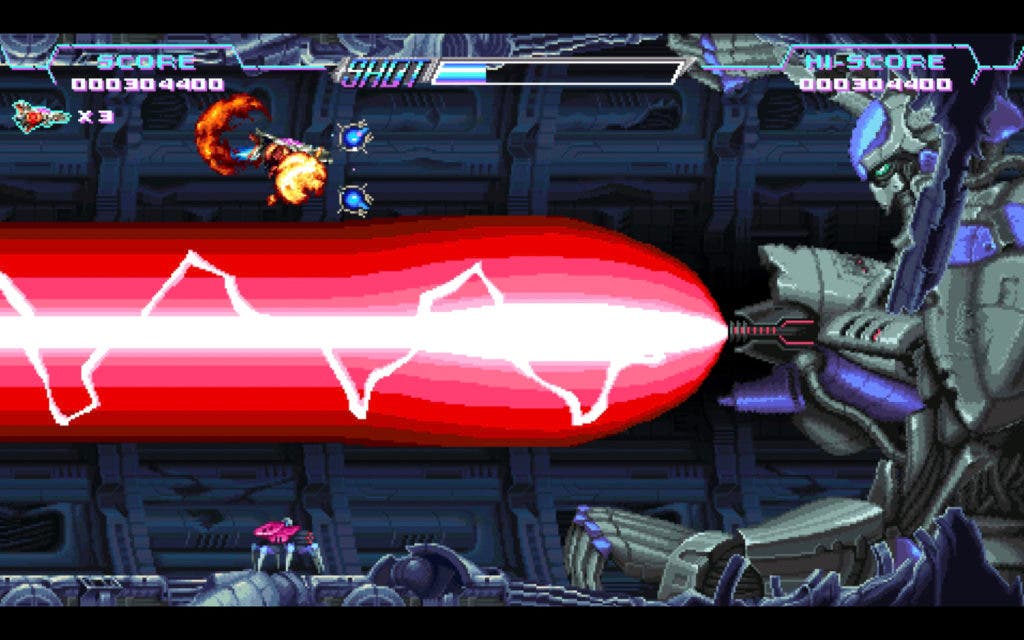 198X tells the story of a kid who is among the unlikable and unwanted. He discovers the arcade in 1980-something while trying to find a semblance of happiness he can’t find anywhere else, and the bond formed between himself and the games he plays. This is a game within a game, multiple times over. The story is mostly told through its pixel-art cinematics, but the playable portions of the game are done through five different games, each spanning its own genre. All of the games are replayable, and each memorable and solid for what they are, I just wish they were longer or had more to them.

First up is the beat’em up, Beating Heart. It’s very reminiscent to Final Fight, complete with a full suite of moves like jump kicks, kicks, punches, and the ability to pick up weapons and eat food to replenish health. The second game is a shoot’em up, Out of the Void. It’s a not-too-taxing shooter where you are required to avoid shots just as much as you making them – there’s a boss battle here that is the only one in the game that you actually beat. Next is the racing game, The Runaway. The driving feels a bit loose and when you make contact, it isn’t easy to tell. However, it had the biggest impact on me. There’s a moment where the engine noise fades and the chill synthwave music remains as the narration kicks in. The fourth game is a ninja game, called Shadowplay. It requires the most dexterity and quick reflexes to play, but it carries hidden meanings best left to experience. Finally there’s the dungeon crawler RPG, Kill Screen. It is the most transparent in what it is telling you, but again is best left to be discovered for yourself. 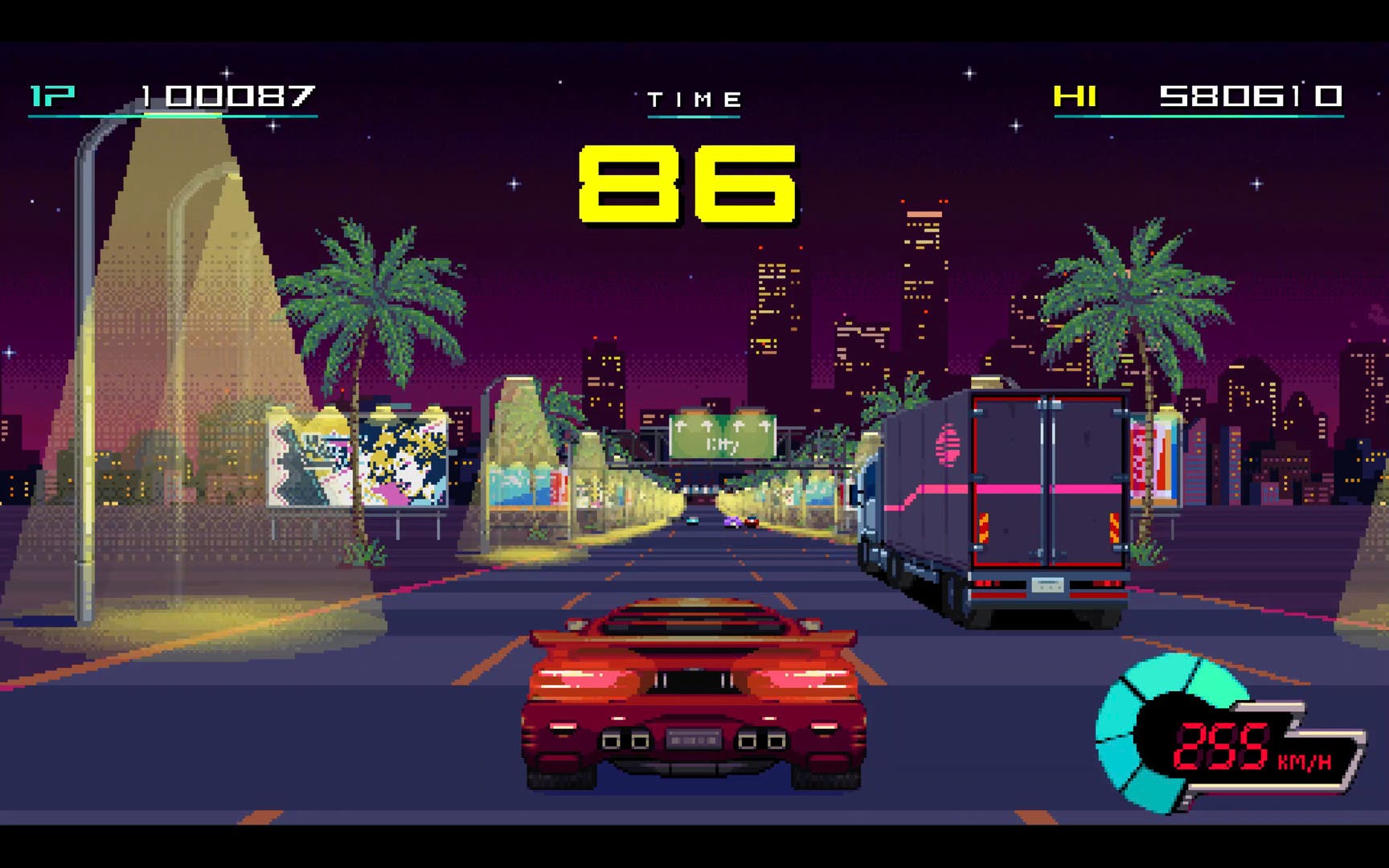 I will say that the games are often metaphors for real-life events. And in some games, real-world dialogue bleeds into it, as if to express that the character is daydreaming, trying to escape from the real-world when it gets too tough. We’ve all had the desires of being somewhere else when things are bad, and it’s used to great effect here.

In between the in-game games, the story gets told again with its wonderful hand-drawn pixel art graphics and era-appropriate music. It’s told in a digestible way, and familiar for anyone who grew up in this time period. It’s relatable because the kid lives in the suburbs, and is really dealing with his emotions. He uses games as a form of escapism because of the compounding nature of the things around him. 198X doesn’t tackle anything too heavy, with divorce being the only notable topic of seriousness that gets addressed. 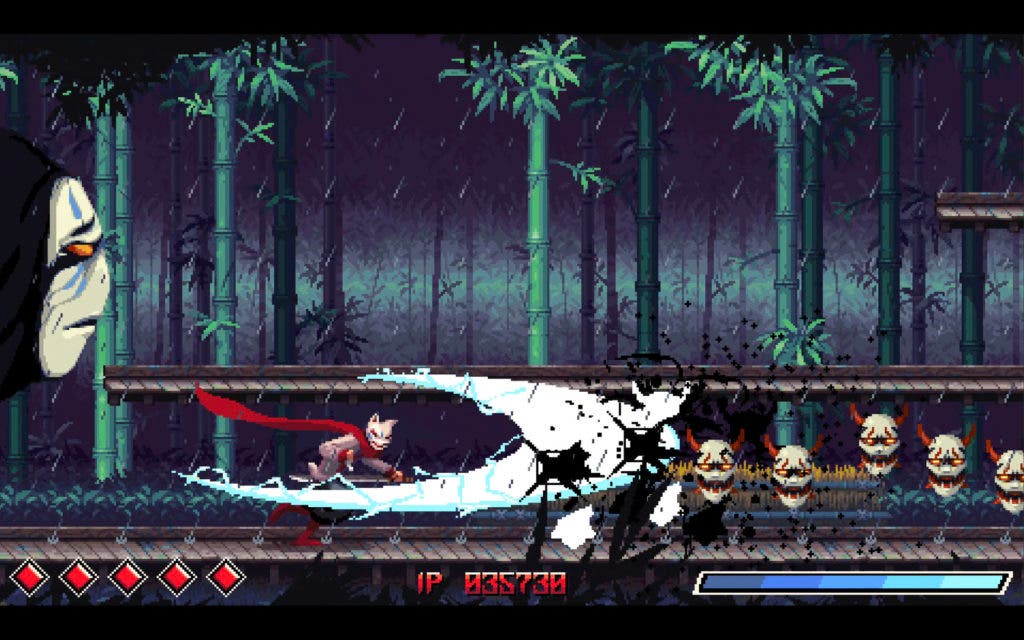 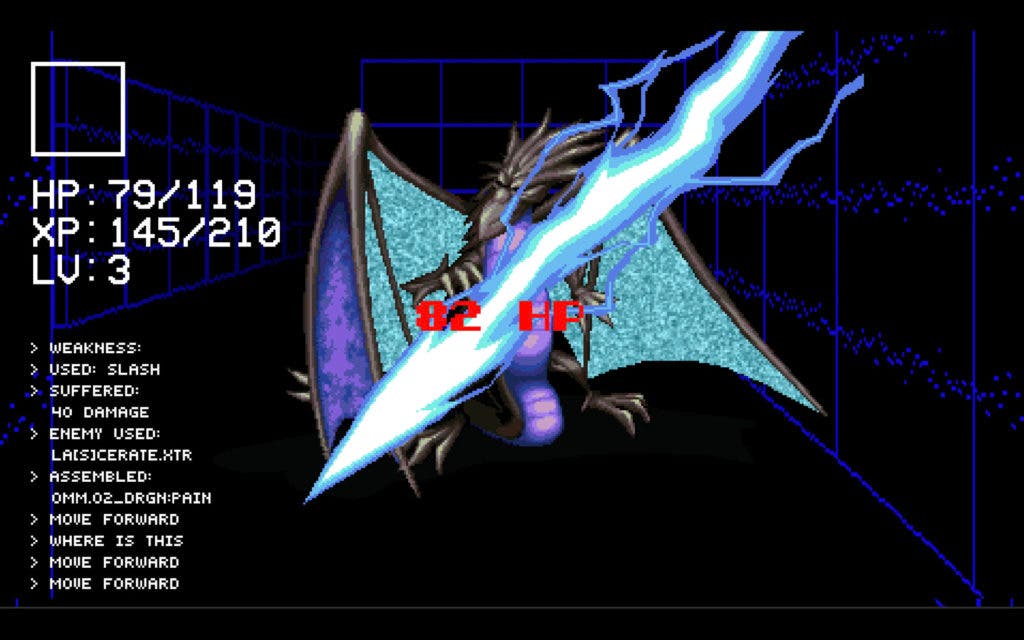 While 198X is a short game, it doesn’t diminish what makes it so good. You’ll be able complete the game in roughly 90 minutes. You’ll want to experience these micro-games some more to set high scores and just enjoy what they offer. 198X has relatable themes and some solid gameplay to back it up. 198X never hits too hard with its thematic elements, but they play better as broad strokes on teenage life in suburbia. It did do enough to get me invested in the character and the games to want to see more of them.