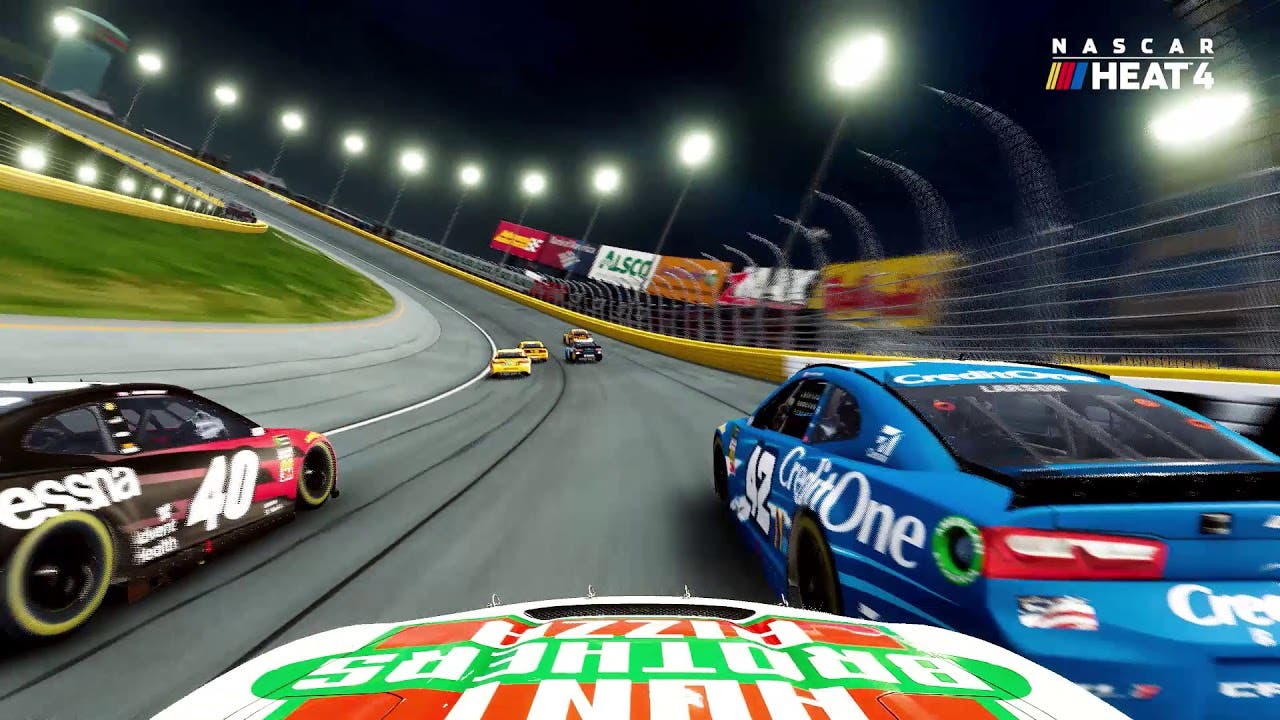 NASCAR Heat 4 announced, set to release on PC, PS4, and Xbox One in September

NASCAR Heat 4 builds on its predecessor and sports a brand-new look and feel for race fans, complete with stunning visual and audio enhancements, an upgraded user interface and the introduction of new tire models for various track types, making for an even more realistic racing experience on 38 virtual tracks across the country.

“NASCAR Heat 4 will be the best NASCAR console game we’ve released to date,” said Colin Smith, President of 704Games. “Over the years, NASCAR video games have built a large and passionate fan base, and when developing this game we made sure many of their voices were heard. We have incorporated a number of features and improvements recommended by the NASCAR Heat community, and we look forward to delivering a better game to fans in September. And we’re thrilled to have two legends of the sport on the cover.”

The NASCAR Heat 4 cover was unveiled this past weekend at Daytona International Speedway ahead of the Coke Zero Sugar 400 and features Kevin Harvick and Tony Stewart. Harvick joined Stewart-Haas racing in 2014, winning a Cup title in his first season with the team, and Stewart is one of just nine drivers to win three or more Cup titles.

The fourth installment of the NASCAR Heat franchise boasts a deeper career mode where players can operate and manage their own team and, for the first time, start in any of the four series included in the game. The career mode will again include the Xtreme Dirt Tour, which debuted in NASCAR Heat 3, and dirt racing enthusiast and cover star Tony Stewart will be the highest rated driver in the series with his own team, Smoke Racing. Players will have the chance to join his team and race in his No. 14 custom Late Model paint scheme as they progress.

“It’s an incredible honor to represent the Stewart-Haas racing team on the NASCAR Heat 4 cover alongside Tony,” said Harvick. “We have the best fans in the world, many of whom are very passionate about the NASCAR Heat franchise. They will really be impressed with the new look and feel of the game; it’s as real as it gets. Plus, players getting a shot at joining Tony’s new team on the Xtreme Dirt Tour is pretty cool.”

“My passion for dirt racing is well documented, so to play such a big part in that experience in NASCAR Heat 4 is exciting,” said Stewart. “The whole Stewart-Haas team is appreciative of the opportunity to be on the cover, and I can’t wait for fans to get a hold of the game and join my team.”