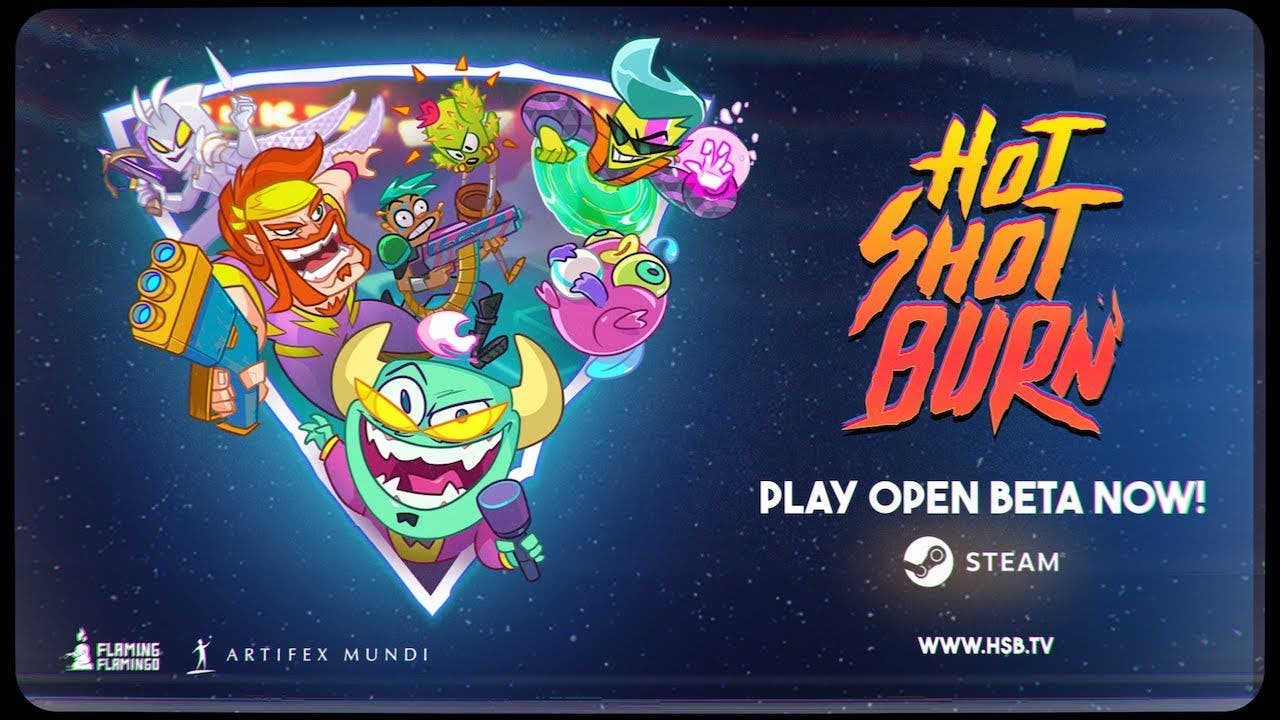 Hot Shot Burn is a party brawler where you play as unique space gladiators, coming to Steam Early Access on August 15th

Hilarious, violent, and televised! Hot Shot Burn brings the universe’s most formidable space gladiators together to battle it out in deadly 2 to 4 players, free-for-all combat for fame and glory!

Players will choose from a multitude of uniquely skilled characters and battle over multiple dangerous galactic arenas to win it all!

Combat will commence when the title releases on Steam Early Access on PC on August 15th, 2019, with a full release for PC and consoles planned for early next year.

To get an early taste of the mayhem right now, players can sign up for the beta and start playing an early build for free. This limited-time build includes four of the many unique planned combatants to pick from and a handful of arenas to battle it out with friends and internet randoms. Hot Shot Burn’s matchmaking system allows for any combination of online and local couch co-op play, letting players to match up with friends both locally and online.

To check out the early build, sign up to the Hot Shot Burn Discord to receive a free access code: https://smarturl.it/hsb-beta

Also for those attending this year’s Evolution Champion Series (EVO) in Las Vegas (August 2-4), Artifex Mundi will be treating attendees with the chance to play the full early access build of Hot Shot Burn in advance of its August 15th, 2019 release.

“I remember playing video games with my brother when we were young. We would goof around and laugh at each other and fight with our elbows. We made this game because we hope to take you back to these good times. So gather your buddies and beat the hell out of each other!” – Greg Dalek, creative lead, Flaming Flamingo, internal dev team

“This is a whole new story for Artifex Mundi and for me personally. Moving away from AAA games like Dying Light was a jump into the unknown. Today I’m super proud and honored to be helping Flaming Flamingo with their game. I can’t wait to get this game out there and meet the fans!” – Matt Binkowski, Head of Publishing, Artifex Mundi