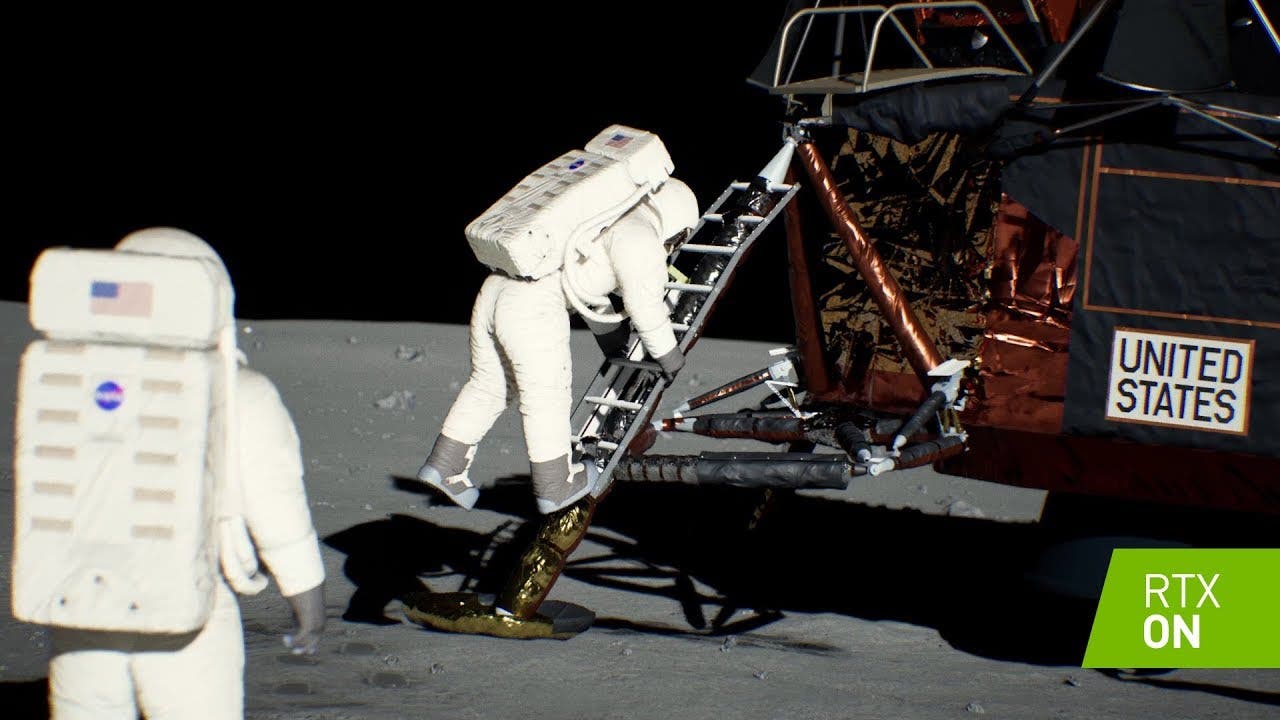 One small step for man, one giant leap for mankind.

While the words were epic, the grainy, jerky images beamed back as Neil Armstrong clambered out of the Eagle lunar lander and onto the surface of the moon half a century ago — while a technical miracle — could never be described as gorgeous.

This week’s anniversary of the landing — one of mankind’s greatest achievements — has inspired us to dramatically step up our own work, enhancing our earlier moon-landing demo with RTX real-time ray tracing technology.

The result: a beautiful, near-cinematic depiction of one of history’s great moments. That’s thanks to NVIDIA RTX GPUs, which allowed our demo team to create an interactive visualization that incorporates light in the way it actually works, giving the scene uncanny realism.

With RTX, each pixel on the screen is generated by tracing, in real time, the path of a beam of light backwards into the camera (your viewing point), picking up details from the objects it interacts.

Prior to RTX technology, only special effects rendering farms working for hours or even days on a single scene in a movie could manage this level of realism.

NVIDIA RTX technology changes all that, allowing creative professionals to mimic the way light behaves in the real world in interactive models, without the need to rely on pre-baked effects and cutscenes.

Our demo team’s work on this project began five years ago, when they collected every detail they could to understand the NASA Apollo 11 landing image.

They researched the rivets on the lunar lander, identified the properties of the dust coating the moon’s surface, and measured the reflectivity of the material used in the astronauts’ space suits and rebuilt it all in a digital form.

It’s also a step into a new world, one where we’ll all be able to witness the feats of our greatest heroes, however far they venture from home, as if we were right alongside them.