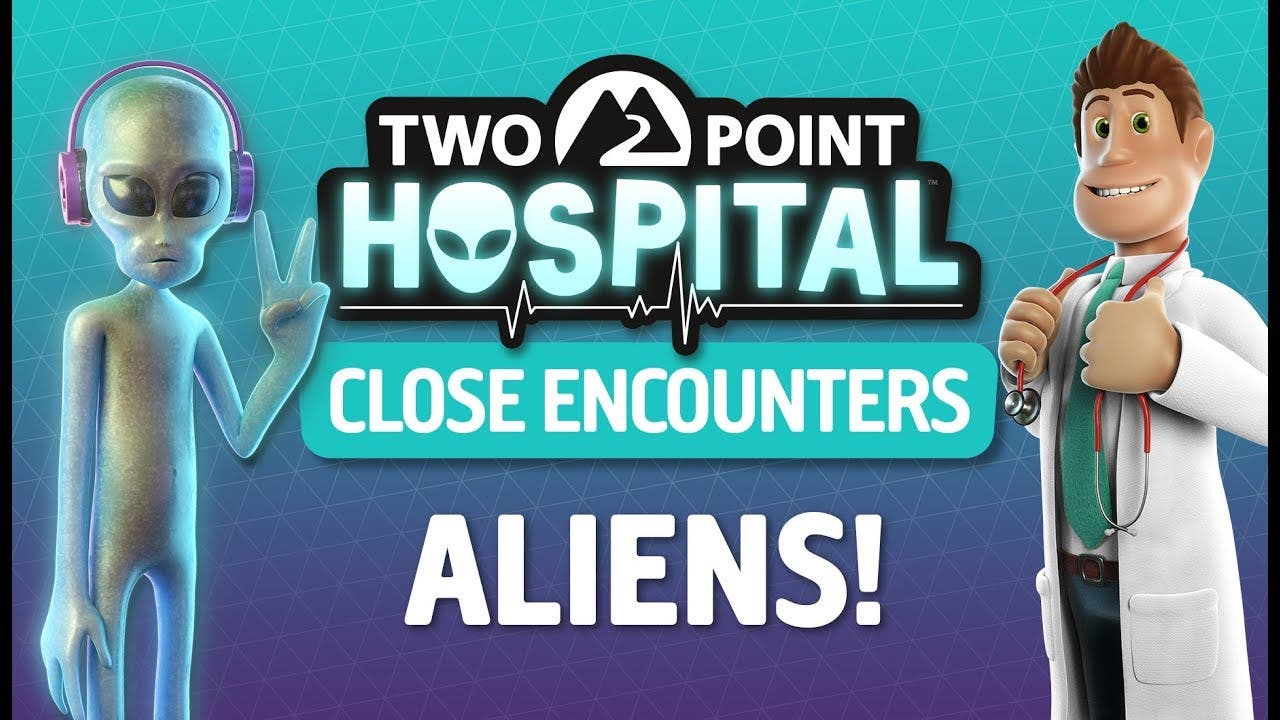 London, England – August 21, 2019 – SEGA® Europe Ltd. and Two Point Studios™ are delighted to announce that Two Point Hospital’s™ new expansion ‘Close Encounters’ is coming to Steam on 29 August 2019 for £6.99 and is available for pre-purchase now, with an early adopter discount of 10% until 2 September 2019. Players will also be able to buy the ‘Retro Items Pack’ from 29 August for £2.99, including 27 new in-game items. Check in on the latest news with Harrison Wolff as he reports (even more) unusual and suspicious activity in Two Point County: https://www.youtube.com/watch?v=wJJWhn1e27o

In Two Point Hospital – Close Encounters, you’ll have to tackle a whole range of new administrative challenges and demonstrate your ability to build, cure and improve to achieve hospital management greatness. This time all sorts of alien species are there to help, or make things worse… In Close Encounters you’ll find three new unusual hospitals set in different locations, 34 new illnesses (including 11 visual illnesses), three new cure rooms, as well as new challenges, features and of course, you get to see them aliens. By the way, do us a favour and make sure to look after your cows.

In the south of Two Point County it was reported that aliens had crash-landed, but unfortunately there is no hard evidence of a UFO to prove this story. However, citizens all over the county are suddenly suffering from peculiar space illnesses, like Science Friction, Highly ill-Suited and Aller-Gs. The Two Point government is trying everything they can to cover up these sudden outbreaks by building a secret base to cure afflicted patients. But citizens have mysteriously gone missing… could it be alien abduction? To ensure the healthcare system of Two Point County thrives during these curious incidents, you’ll need to complete special objectives before storming towards Chasm 24, a mysterious top-secret underground facility with an unknown location – good luck with that one!