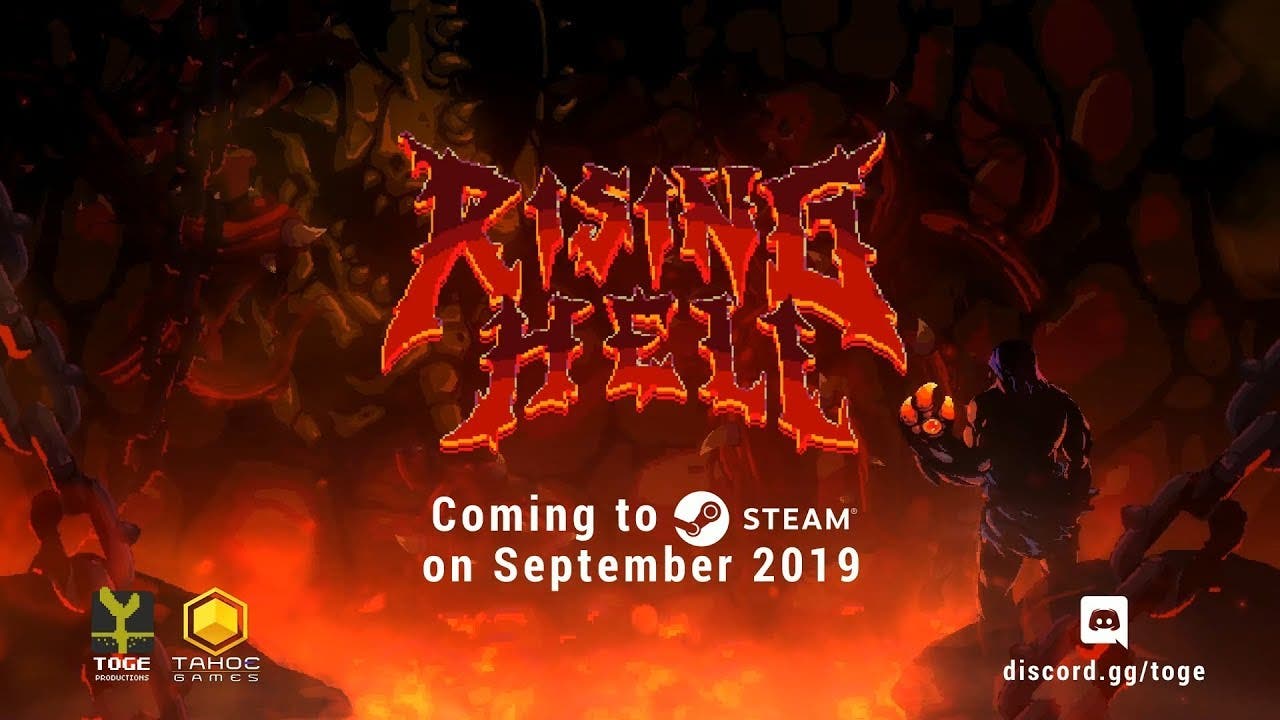 Jakarta, August 28th, 2019 — Make way as Indonesian publisher Toge Productions and developer Tahoe Games are bringing you one hell of a blood-pumping action to Steam! Available soon for early access, Rising Hell is guaranteed to quench your adrenaline thirst as you will be thrown into the depth of fiery hell and slay all kinds of demons that dwell in it. Accompanied by badass heavy metal riffs, create chaos and climb your way out from the underworld, roguelite-style.

In the randomly generated and ever-changing landscape of hell, you will encounter different creatures, bosses, and living traps lurking around. Fight your way through it all as you unlock new characters and talents. Chaining combos, jumping maneuvers, and talent building will be your key to triumph over the merciless hell.

If you are up for a more thrilling experience, Rising Hell also features challenge mode. In the early access version, there will be two modes that you can play. Who’s up to get locked in a room full of blood-lusting monsters, or to fight all the deadly bosses with limited health? You gotta beat the hell out of them before they get you! Furthermore, not just challenge mode, more worlds, and characters will also be added following the full release of the game.