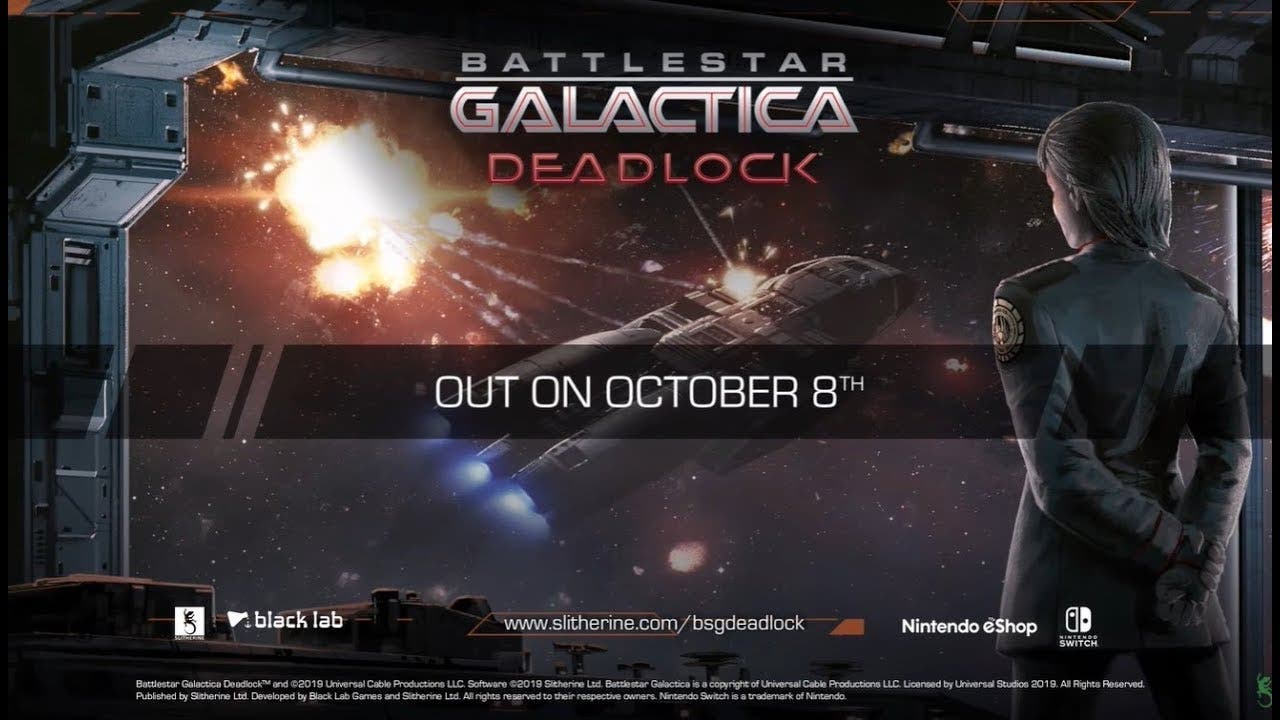 The fight for survival never stops.

After countless battles on PC, PS4 and Xbox One, the award-winning Battlestar Galactica Deadlock franchise deploys its fleets on Nintendo Switch. Set in the same universe of the TV series reboot (2004-09), Deadlock tells the story of the First Cylon War, when the Colonies were on the brink of extinction in a fight against their own robotic creatures.

Deadlock puts players right in the Admiral’s deck: they lead their fleets on the strategic map, plan their actions, determine when to hit the enemy and when to retreat because a right decision can save lives and invaluable ships. The game, developed by Australian specialists Black Lab Games, plays out in tactical battles through an innovative WEGO system: the two sides issue orders simultaneously, and then the turn is executed for both.

Released in 2017 on PC, Battlestar Galactica Deadlock has been critically acclaimed – it was one of the ten Best Strategy Games for Venture Beat in the same year and it still has a “Very positive” rating on Steam for users’ reviews.

After the PC version success, Slitherine published the game on PS4 and Xbox One console, one of the few true strategy games in their online shops, and 5 more DLCs featuring new starships and starfighters, new gameplay modes, and additional missions.