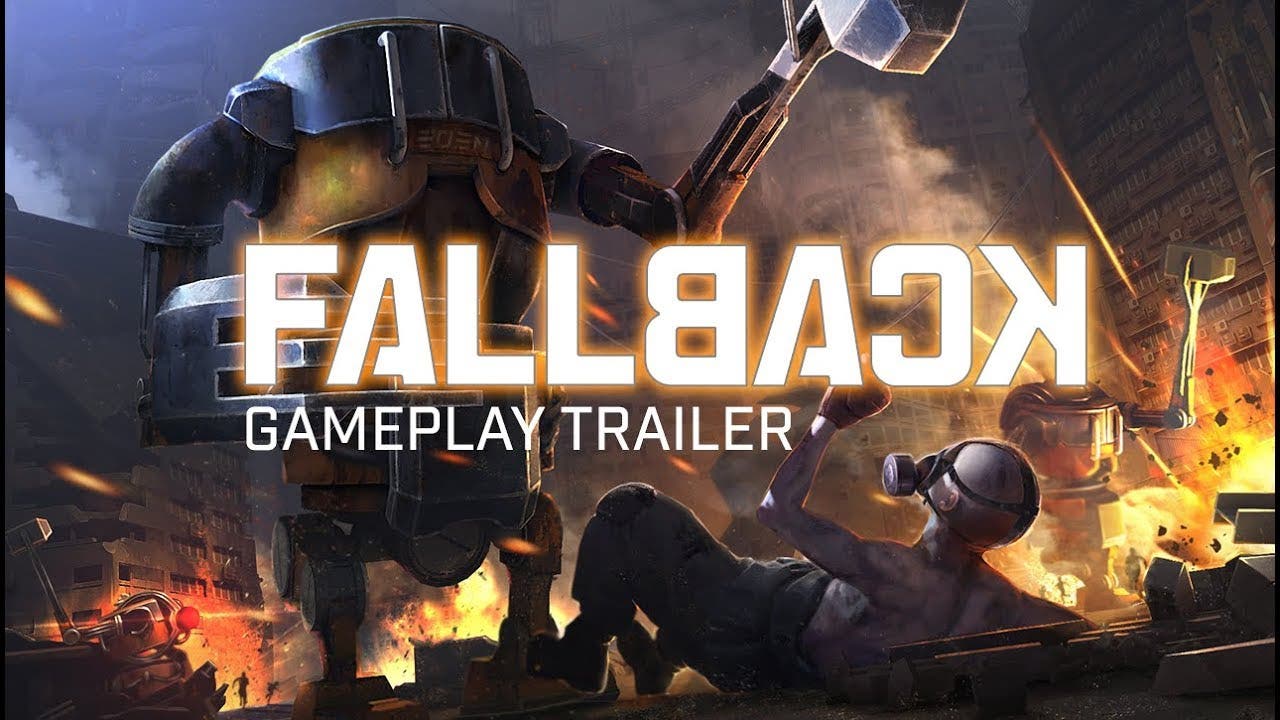 PARIS, FRANCE — SEPTEMBER 26, 2019 — Independent game studio ENDROAD — founded by former Ubisoft and Amplitude Studios veterans — today announced that their premier title, Fallback — a 2.5D rogue-like action platformer with a deep and diverse skill-tree — will launch for Windows PC via Steam on October 11. In Fallback, players must guide their jet-pack equipped post-apocalyptic volunteers through a labyrinthine underground complex by jumping, dodging, and battling against robot minions (and masters) to get to the surface — and bring life back to the scorched Earth. Navigate a procedurally generated perspective-shifting world where the camera creates a unique 2.5-dimensional feel and visual style. Craft the ultimate hero from an extensive range of more than 50 unlockable skills that ensure no run is ever the same!

“Fallback is a truly exciting and immersive visual experience,” said Florian Le Gouriellec, Co-Founder of ENDROAD. “The way our world rotates to adapt to the player’s movements is a visual treat, and the expansive character skill tree combined with procedurally created worlds ensures the player a fresh experience with every play-through.”

The story of Fallback follows a group of rebels attempting to escape the underworld and bring life (and Humanity) back to the long-abandoned surface. After a terrifying cataclysmic event, humanity retreated to the safety of an enormous underground bunker constructed by the mysterious Vesta Corporation. In order to ensure the facility is well-maintained and the remnants of humanity are cared for, Vesta has stocked the subterranean safe house with an army of robotic caretakers. Fast forward hundreds of years to the present, and what’s left of the human population yearns to return home — taking with them a bioengineered plant that promises to bring life back to the surface. Choosing to reject the hapless humans’ request for freedom, these cybernetic custodians will try their best to make sure the humans remain underground under lock and key. In order to break the icy grip of their robotic overlords, a scrappy group of rebels have banded together, strapped on their jetpacks, and are ready to fight their way out and reclaim the Earth — one metallic monster at a time.

In Fallback, players take control of the remnants of humanity, exiled to a subterranean city as they search for captured (and playable) rebel leaders ready to join the fight against their former caretakers-turned-jailers. As futuristic freedom fighters, players have access to a robust skill tree and a vast array of powerups that provide them with the power to master their jetpack and sword fighting skills. Survive attacks by the relentless Vesta Robots while also avoiding deadly traps that are doing their best to ensure players never leave their metallic tomb! “Procedurally generated” takes on a whole new meaning with multi-plane modular rooms in randomized combinations. Each run will be fresh but familiar, allowing players to grow their knowledge of the game’s world but also force them to stay on their toes and keep skills sharp.

Fallback will be launch for Windows PC via Steam on October 11, 2019.