In Search of Darkness Review

In Search of Darkness: A Journey Into Iconic ’80s Horror comes from writer and director David Weiner, and is a Robin Block Production, presented by CreatorVC. With a mix of clips, behind-the-scenes footage, and insight from the people directly involved with the genre, this documentary is equal parts retrospective and an encyclopedia of horror. The film is uncensored as you’d want it to be, and includes nudity (from the source material) and vulgarity (source material and interviews) that are only ever present when appropriate, and not gratuitous in any way. It’s a documentary that celebrates the genre in a wonderful way. In Search of Darkness encapsulates the 1980s perfectly, and smartly acknowledges what came before and after the horror movies that defined this decade and genre. 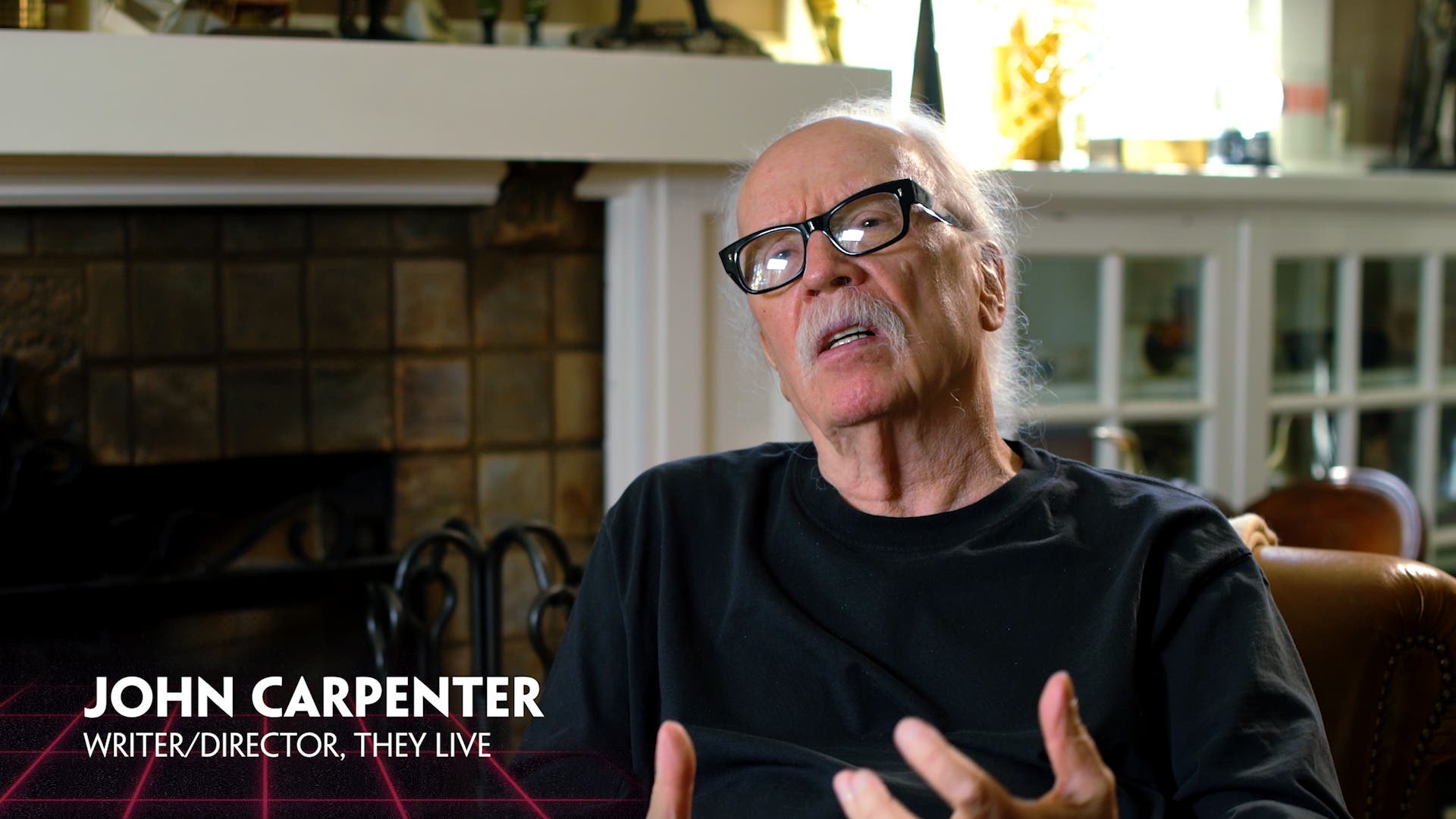 Evoking feelings of Friday nights, popcorn, thunderstorms, and adolescence, In Search of Darkness is everything you’d out of this documentary. While this is a genre that existed well before the 80s, this is when it came into its own, and has never left popular culture. There’s a lot of focus and reverence on practical effects, which is indicative of the 80s and most memorable. The film is not afraid to point out movie mistakes or missteps, and embraces them as part of the allure in some cases. For instance, there’s a clip of Critters where you can see the puppeteer’s feet rolling the ball down Main Street. It’s things like that this that early on let you know it goes all the way and never half-asses anything. As an outsider looking in, you’ll see how the horror genre grew, evolved, and matured is what it is today. As someone who grew up in the 80s, it’s a nostalgia-fueled trip that kept me invested all the way through. With a runtime clocking in at 4 hours and 18 minutes, you’ll be hanging on to every word.

Each of the interviews are varied, and offer experts in the genre, from writers to directors to actors, and even music artists. In total there’s around forty different people, many of whom you’ll see time and time again, but no one person feels overused. In fact, you’ll end up craving for more. The camerawork interviews are a mix of zooms, side shots, and wide shots from multiple perspectives that give a personal feel to each of them. The interviews include but aren’t limited to: the late Larry Cohen (Director – The Stuff), Tom Atkins (Actor – Halloween III, The Fog), Keith David (Actor – The Thing), Barbara Crampton (Actor – Re-Animator, Chopping Mall), Cassandra Peterson (Actor – Elvira), Heather Wixson (Journalist – Daily Dead), and John Carpenter (Writer/Director – Halloween, Christine). The interviews are done with nearly everyone you’d expect to be an authoritative figure on the genre. 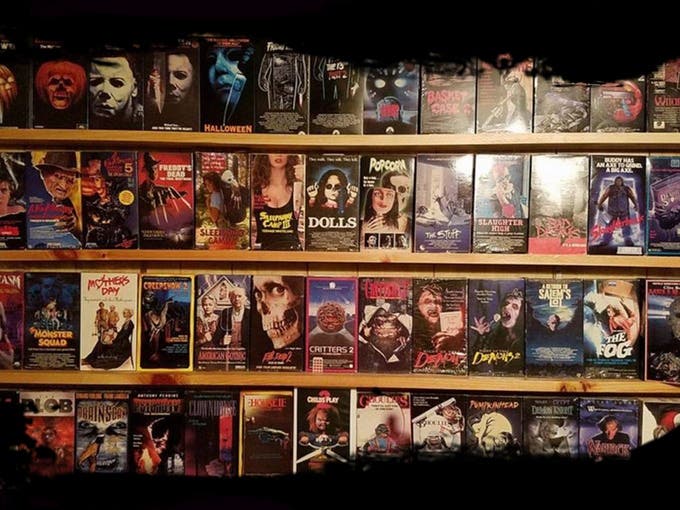 It should come at no surprise that if you’re going to cover a decade of horror, you do it in chronological order. Where In Search of Darkness mixes things up, is that there are interstitial topics that are discussed that span the entire decade, and even before or after the time. So movies like 1958’s The Blob, 1960’s Psycho, 1996’s Scream, or even 2005’s Hostel gets referenced. The film spends about 20 minutes on each year to discuss the year’s movies in totality, with the in-between sections making up the rest of the time. You’re always hungry for the next segment, quietly trying to see if one of your obscure favorites gets mentioned or not.

In Search of Darkness covers so many movies, it’d be silly to try and list them here. The film talks about the surge of werewolf movies, practical effects, holiday subgenre, camp-related movies, little creatures and dolls coming to life, indie films that were breakout successes, sex and nudity, fandom, horror sequels, and more. Likely even the mere mention of those topics is causing you to wonder what the movies could be right now. By the end of this film, you’ll be reminded of classics, or introducing you to movies you might have missed. Getting someone’s first-hand account of being part of any given movie’s development, whether an actor or on the other side of the camera, solidifies a lot of your feelings towards the genre and this decade in particular. And it’s just a heartfelt that’ll put a smile on your face the whole time. If the movie isn’t covered for some reason, the VHS and/or poster art is shown as it focuses on one or another that lets you know it’s there. 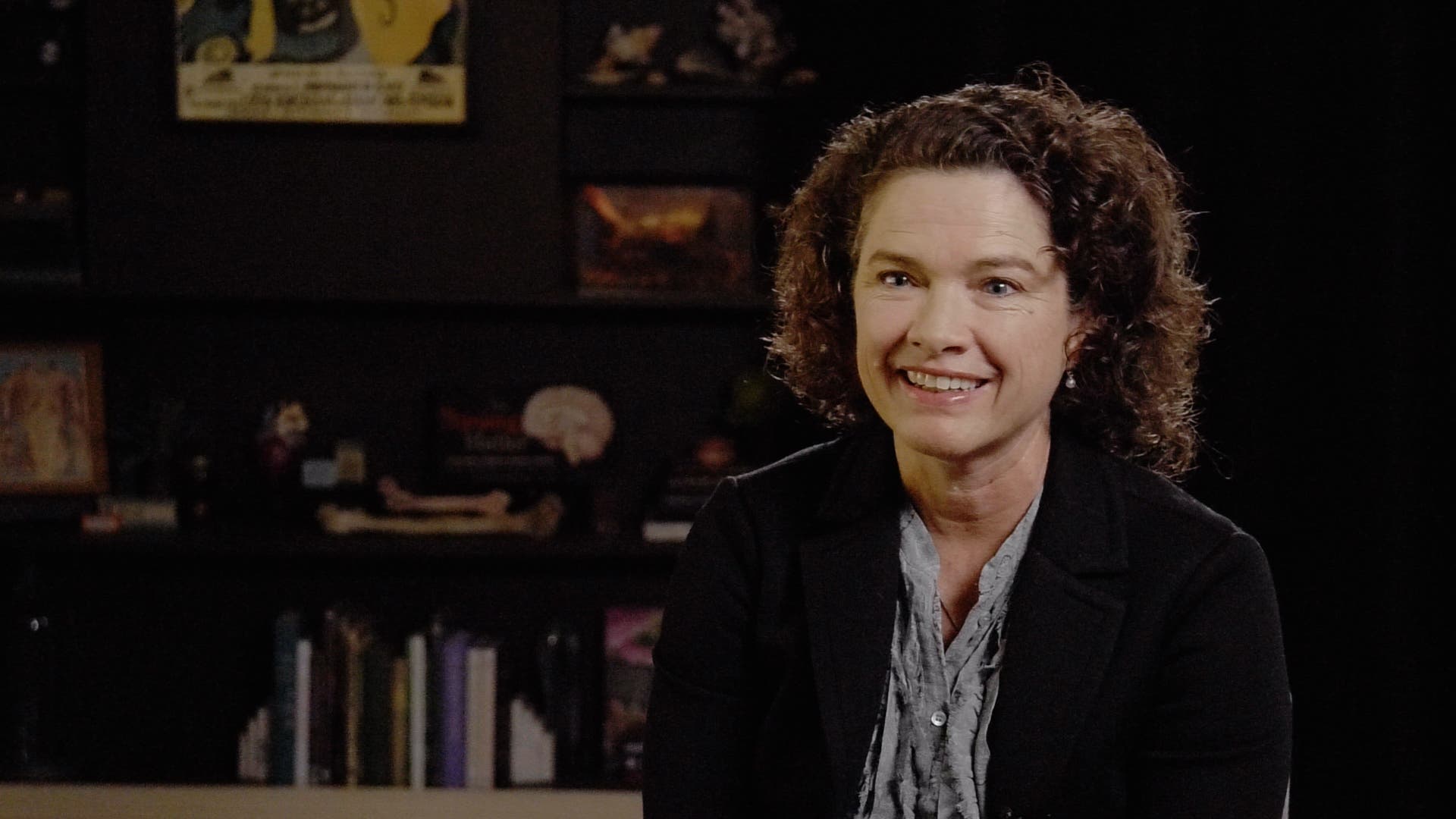 There’s a lot of neon and synthwave in this, and rightfully so. It just fits so well. With the help of NewRetroWave, the film’s usage of Morgan Willis’ “Raven” is a perfect theme that’s used throughout. My copy of this was in 1080p, and the interviews are of equal and high-quality. This also goes for the movie clips used along the way. Everything uses the same aspect ratio (where appropriate) and visual fidelity, offering a level of consistency that shows there was tremendous care put into this.

Nothing of significance seems to be left out in this, with the exception of video games. While in terms of what In Search of Darkness covers, this is a documentary about the film genre of horror. However, this will (albeit briefly) talk about politics, sexism, and other things in and out of the genre and medium. It’s a weird omission, but there are plenty of games to talk about: Splatterhouse, A Nightmare on Elm Street and Friday The 13th, Cauldron, and The Evil Dead. They are licensed games or inspired by the films that lend themselves to be discussed. All things considered, this is a very robust documentary that covers the film genre respectfully, and completely that games could be a whole new project. 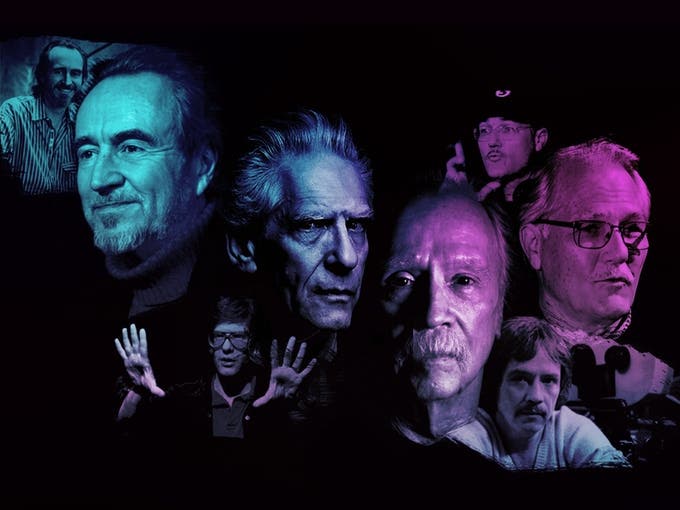 The pacing of the documentary doesn’t linger on any one topic too long, because it’s all so fascinating to hear the stories and thought processes of everyone. It’s overall runtime doesn’t feel exhaustive in any way, in fact you’ll be wondering where the time went. In Search of Darkness serves as a chronological guide to horror, and the chapter breaks would make it easy to jump in and out of. This is the type of thing you show to fans of the genre, and especially those who aren’t. Watching this is just waves of nostalgia washing over you. In Search of Darkness offering a comprehensive look into what makes this genre so special, specifically in this era that’s a must-see, must-own documentary.

A digital screening of the film was provided by CreatorVC for review purposes — Pre-Order Now: https://80shorrordoc.com (available for a limited time)