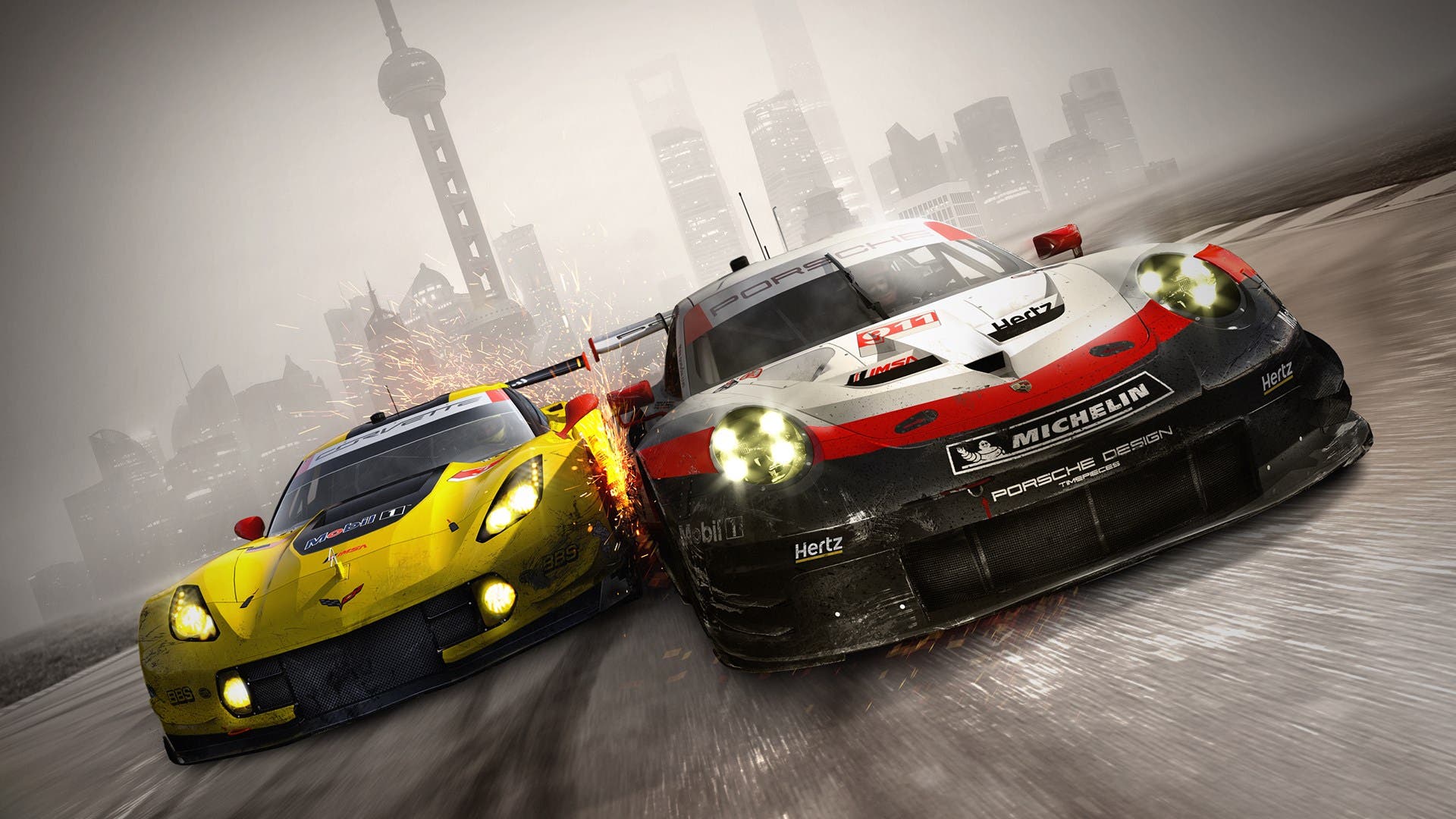 GRID returns as a reboot to 2008’s Race Driver: GRID, which itself was a reboot of the ToCA Race Driver series. So this makes it a reboot of a reboot. Codemasters refines the experience, bearing similarities to the games that come before it, while also carving a new path. GRID focuses on racing and the relationships therein. You’ll make friends, enemies, and everything in-between as you work on your career. Codemasters plays it safe with this, but offers an exciting experience that straddles itself between arcade and simulation racing that will keep you coming back. 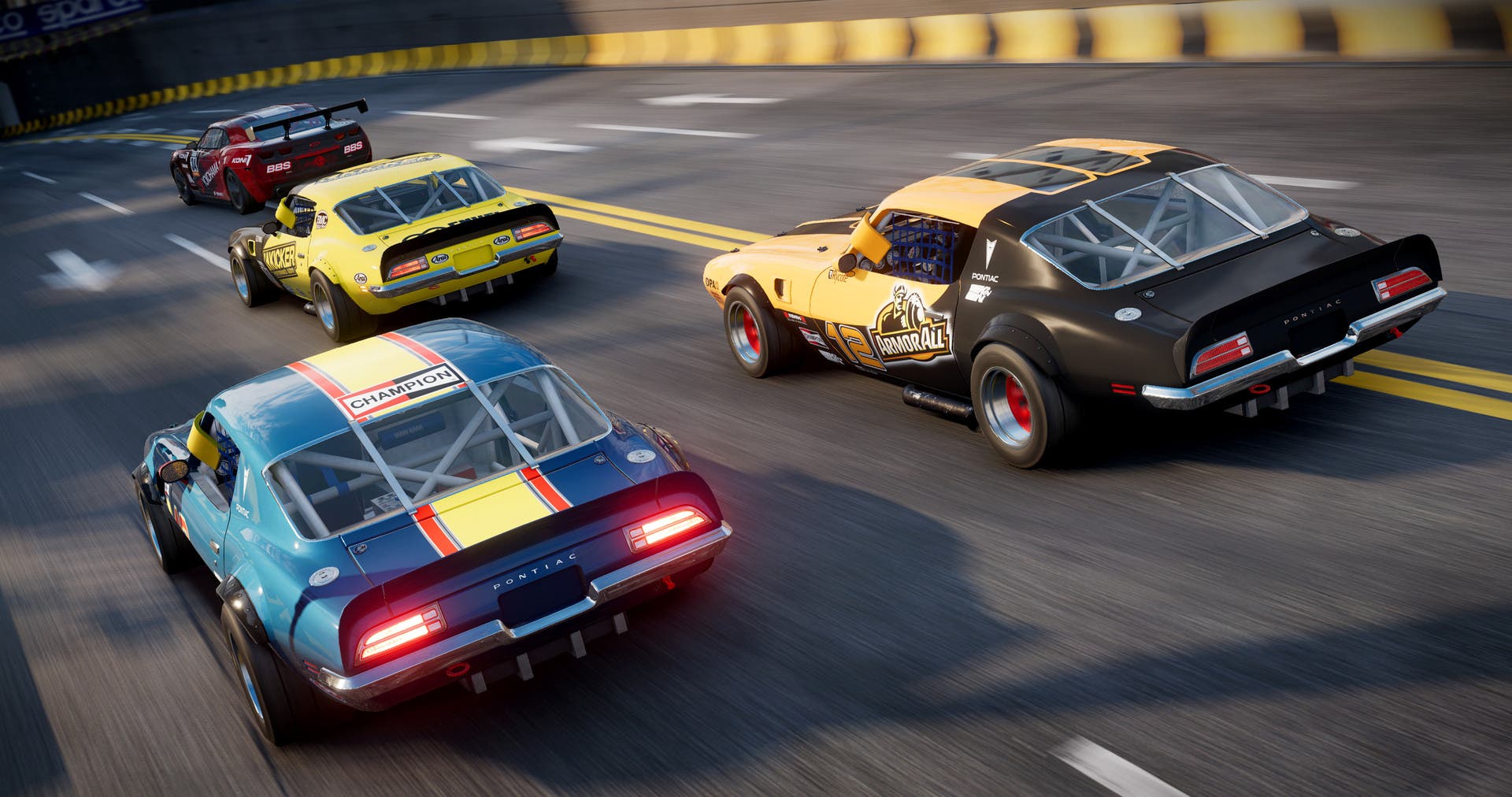 Your introduction to the game features a GT race with some incredible speed, a stock car race where you’re jumping just as a crash is happening before you, and a touring car race where another racer has just spun out. It’s incredibly harrowing. This introduction suggests you’ll see a lot more of this (you don’t). You’re shown you can gain entry into the GRID World Series if you work hard enough, so it’s about winning races and working as a team. How you do that, is up to you.

The online multiplayer offers a starting lobby area that’s a skirmish race or demolition derby. Once you start matchmaking for a quick match event, these things become random modifiers in terms of what cars you’ll drive, what tracks you’ll be on, and what the weather will be like. It’s quick and easy to get into a match and start racing. You’ll also earn XP here too. Private lobbies let you determine the type of discipline, vehicle categories, class, skill, etc. 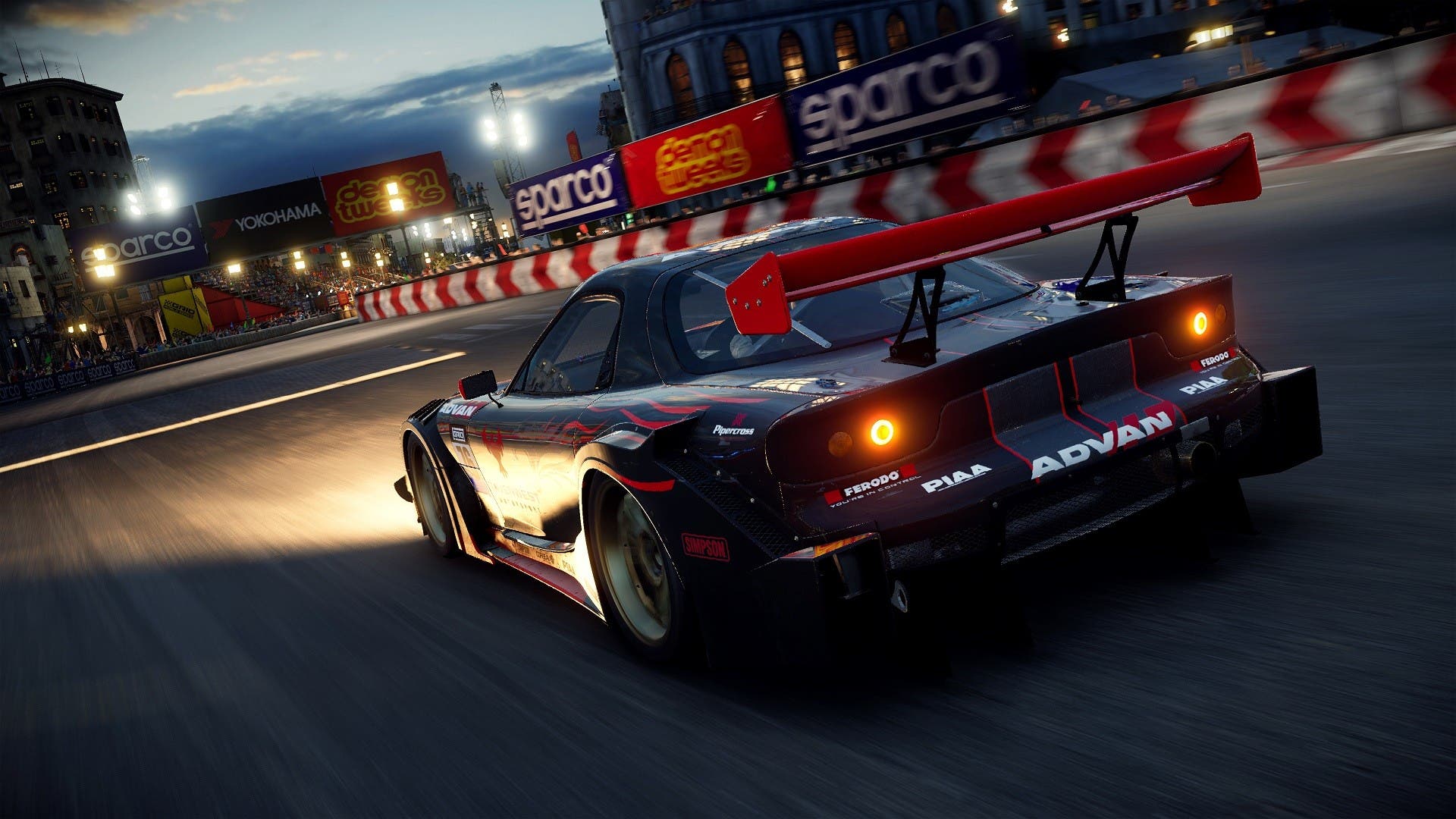 There’s a career mode where the meat of the game is. There’s six racing classes Touring, Stock, Tuner, GT, Fernando Alonso (variety), and special Invitational which usually include legendary cars. Each class has 13 events, with Invitational having 26. If you do enough events, you’ll unlock showdown races. These are the end-game races that qualify you for the GRID World Series. There’s six in total, with four of them a requirement. This progression is a bit of a slog, but it’s all good fun.

You can jump straight into a race, but start at the back of the pack. There were a lot of times I knew I was faster, but couldn’t get past all the traffic. So I learned to just restart and choose to do a Hot Lap Qualifier which is a one lap qualifying race. You’ll more than often get first place, then continue on to the race where you’ll sit up front. You can’t lose. 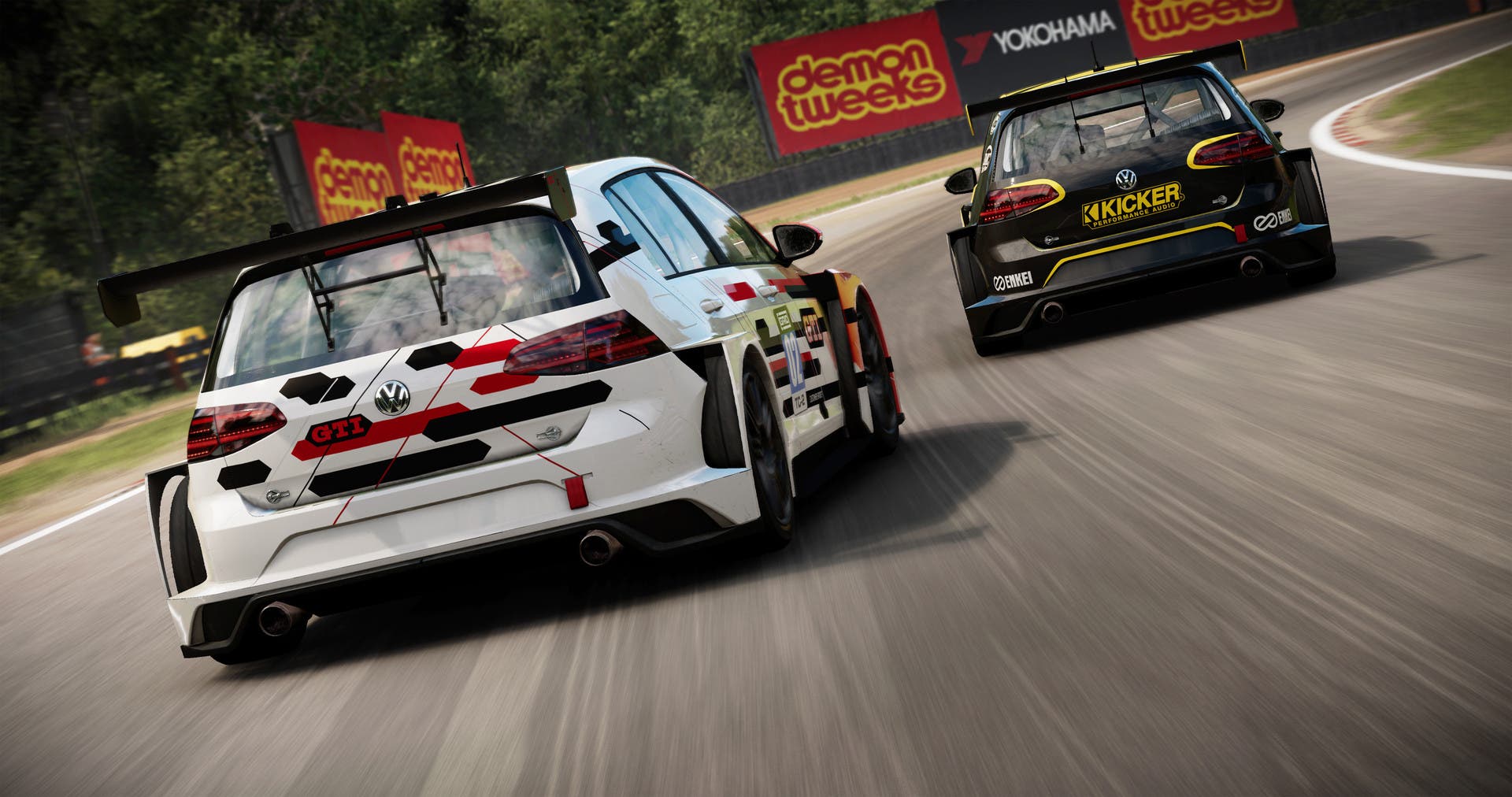 Throughout a race, you’ll earn points for maneuvers like passing, drafting, drifting, and staying within the driving line. There’s three categories for this: speed, technique, bravery. Points can be multiplied as you string them together. At the end of a race, your score is tallied, and you’re given experience that feeds into a bar that increases your experience level. Levels unlock cosmetic items and profile customizations. It’s a bit shallow in that regard, but offers at least something in the way of rewards since you’re already earning money from races to buy new cars.

GRID has a new rivalry system, which doesn’t amount to much. Everyone starts in a neutral state, and will tolerate different levels of aggression. A slight tap or bump here won’t likely tip the scales, but if you do a body check with your car into another, you’ll make a nemesis. Now they’ll be gunning for you every chance they get. It’s a fantastic concept, except this rivalry only exists for the race or series of races you participate in. Once that’s over, the heat dies off. I would’ve liked to see something more persistent, and I’m not sure why it isn’t. 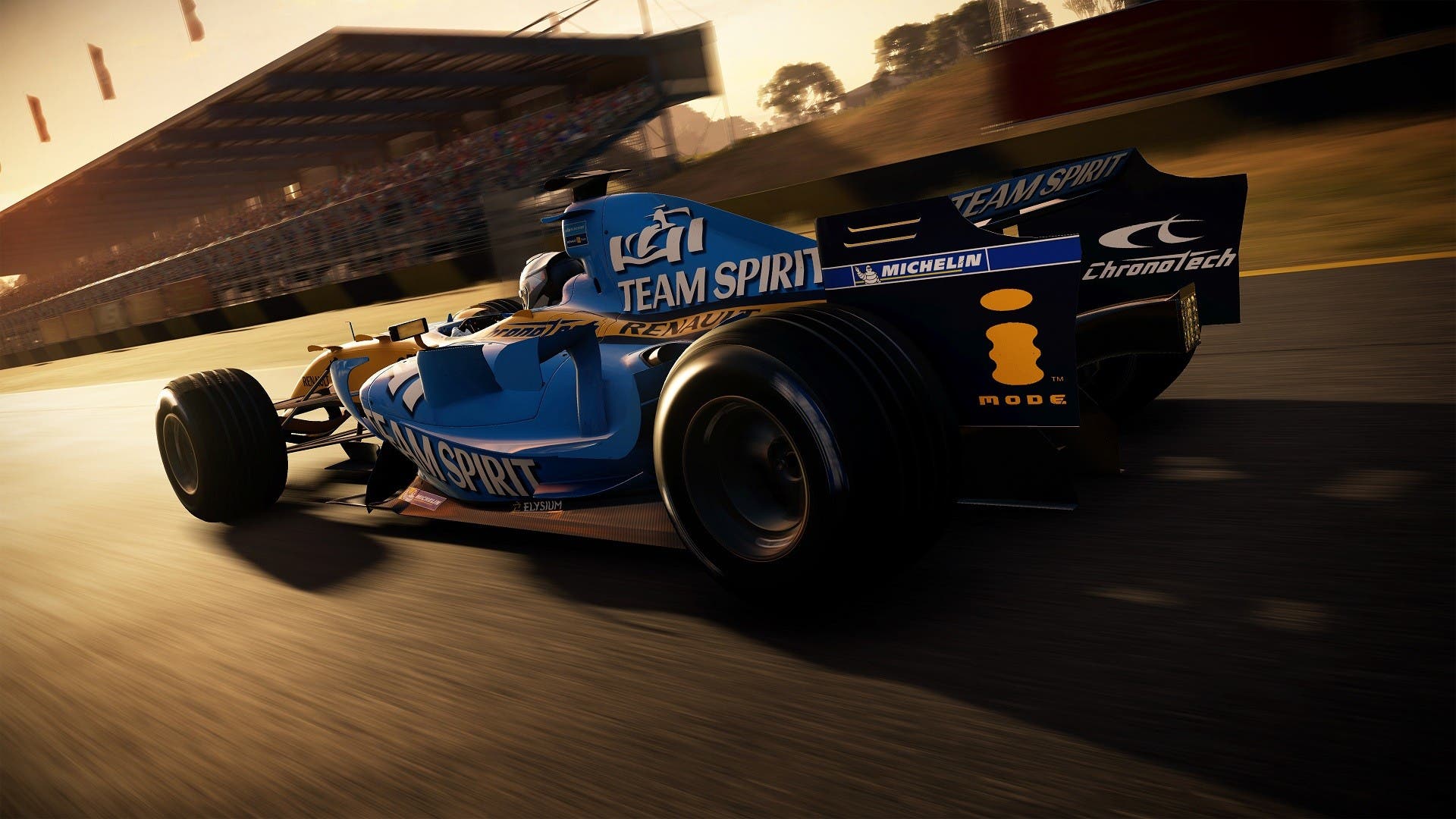 Because teamwork is so important, you’ll have the opportunity to hire and fire teammates. They each take a different cut, but as you raise levels, you’ll be given access to new drivers who can help you earn more money and place higher by the end of a race. Your garage is a place to customize cars with different liveries, and amass a collection. You won’t find any upgrades here, though.

By default, damage level is visual only. You can turn on mechanical damage for bigger challenge. There is terminal damage that’s turned on for when you take too big of a hit. Each race has a lot of panache. There’s balloons, confetti, fireworks, it’s all so over the top for every race, you feel like it’s the end of the season when you’re only racing Mini Coopers around a track. It’s so silly, but gives it some excitement. 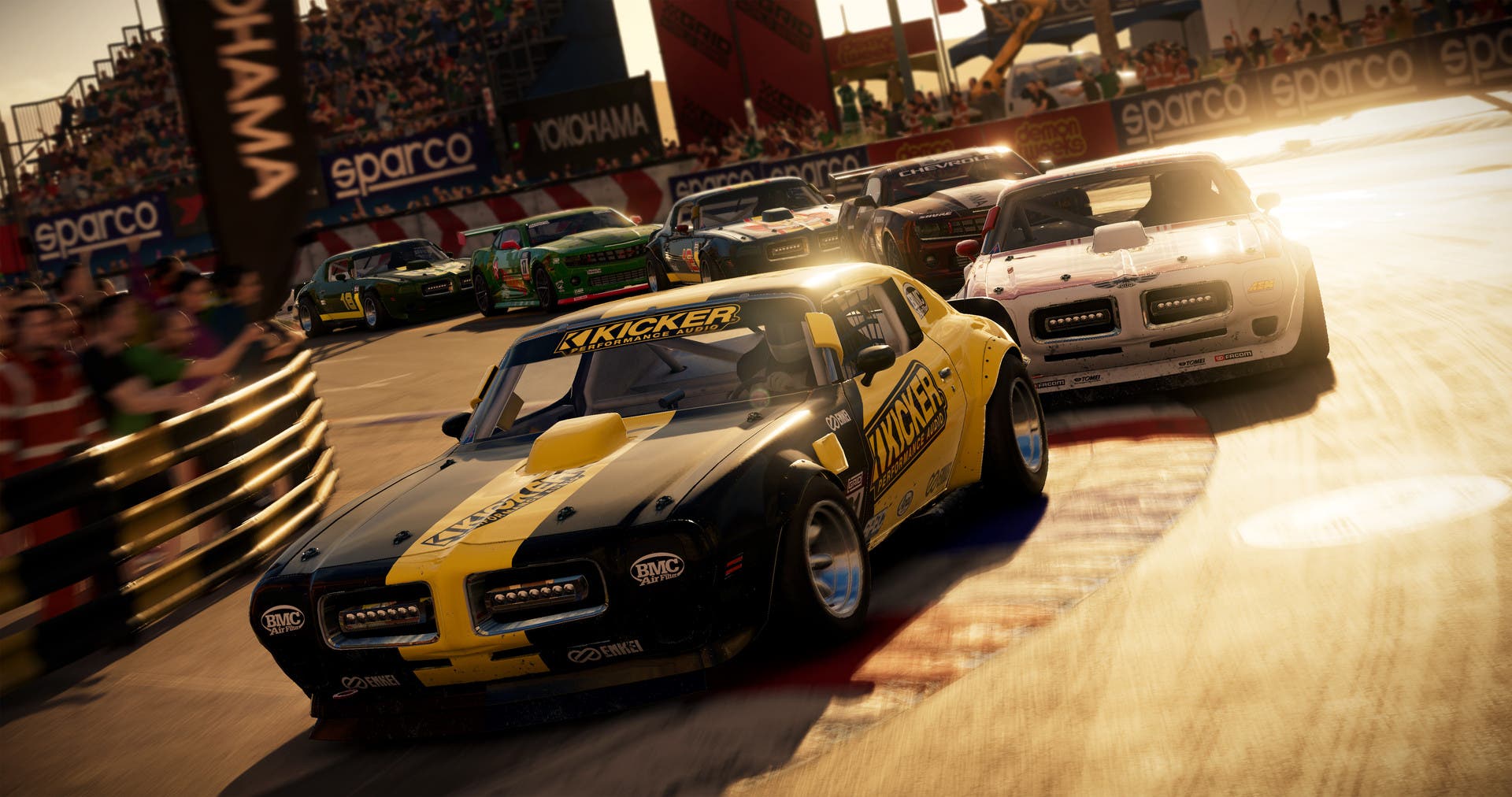 There’s some silly things I noticed about this entry. There’s no drifting or touge racing, for starts. There’s plenty of times you’ll race stock cars in rain. This not only never happens, but stock cars don’t have windshield wipers. So if you’re a cockpit driver, you’ll never be able to see out the window. When a race is about to start, the track announces start talking and doing mini-interviews. You can skip this, cutting them off mid-sentence. They’ll always say something along the lines of “Oh, we’ll talk about that later. Looks like the race is about to start”. I don’t know why it’s so funny to me, but I love doing it all the time. It’s my favorite thing.

The Ravenwest Motorsport team returns in GRID. Which if the mere mention of them doesn’t evoke a feeling, know that they are aggressive drivers that are the main antagonist of sorts in this whole series. It’s great to have some sort of threat to your career, re-emerge here in this reboot. 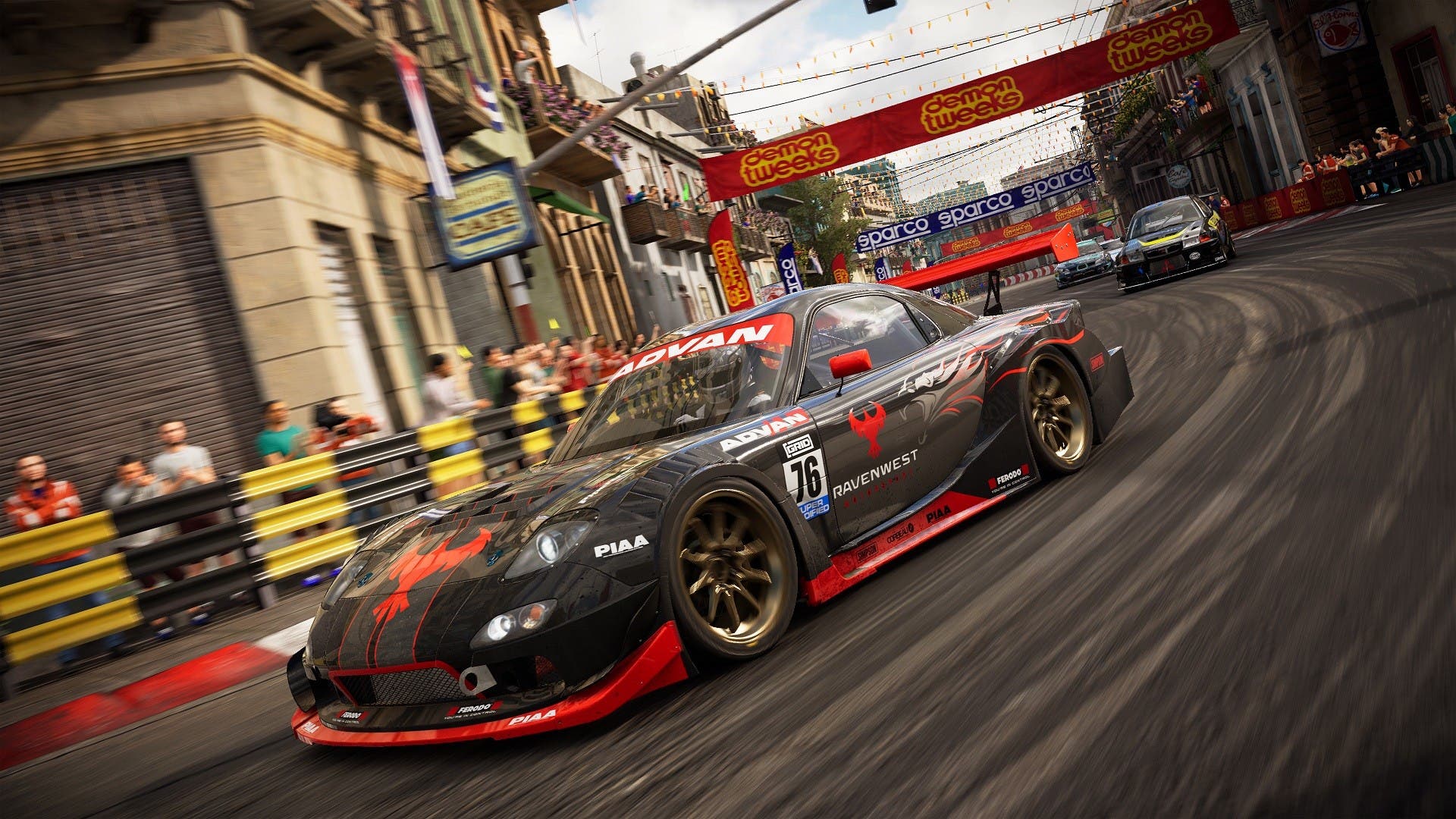 The last few GRID games had second monitor support that would display the leaderboard at all times. It was a cool feature that I’d like to have here. I absolutely love the cockpit view, it’s recessed and doesn’t feel too close. There is a field of view slider if you do want to make adjustments either way. The exterior camera is too low and fixed to the car’s position. I like the cameras that are detached when the car slides, a lot less movement to track. 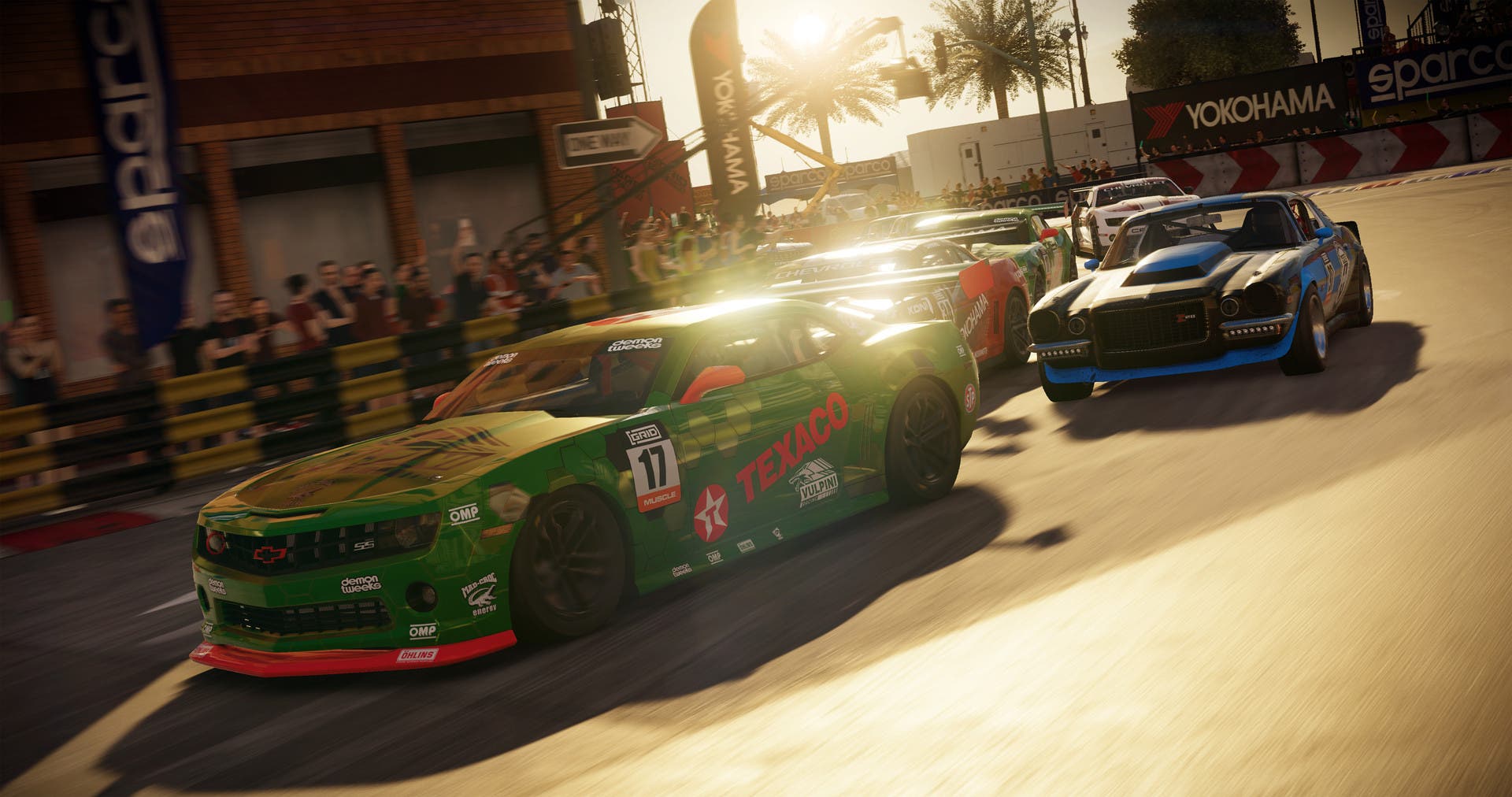 GRID (2019) is a game where you have to play both defensively and offensively, more so than in any other racing game. Races feel rather aggressive, especially from other drivers. Attacking drivers has consequences, like spinning you out. When these systems are fully in play, it makes each race feel like it matters. GRID doesn’t take too many risks this time, but the racing is intense, beautiful, and a lot of fun.