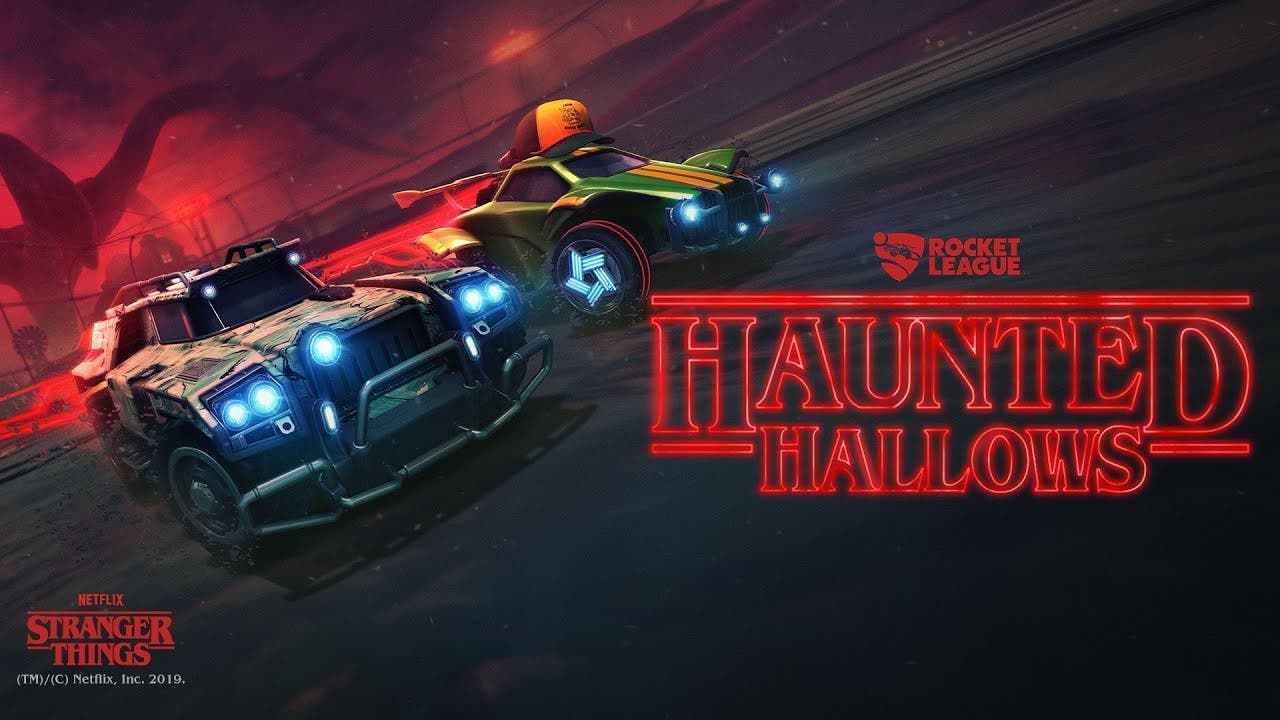 SAN DIEGO – October 9, 2019 – Psyonix, San Diego video game developer, announced that the hit Netflix Original Series, Stranger Things, will headline the upcoming Rocket League Haunted Hallows Event starting October 14 on all platforms! Similar to past in-game events, players can earn ‘Candy Corn’ by playing Online Matches that can be used to redeem various Stranger Things-themed items (in addition to general Halloween-themed items). Farmstead Arena has also been transported to the Upside Down and the new Farmstead (The Upside Down) Arena will be available in the Arena rotation for the duration of the event.

The Stranger Things-themed content that will be included in Haunted Hallows is:

Haunted Hallows will end on November 11 with a three-day Redemption Period until November 14, where remaining ‘Candy Corn’ can be used in the Event Store. For more information, check out the landing page HERE and the most recent blog post HERE.