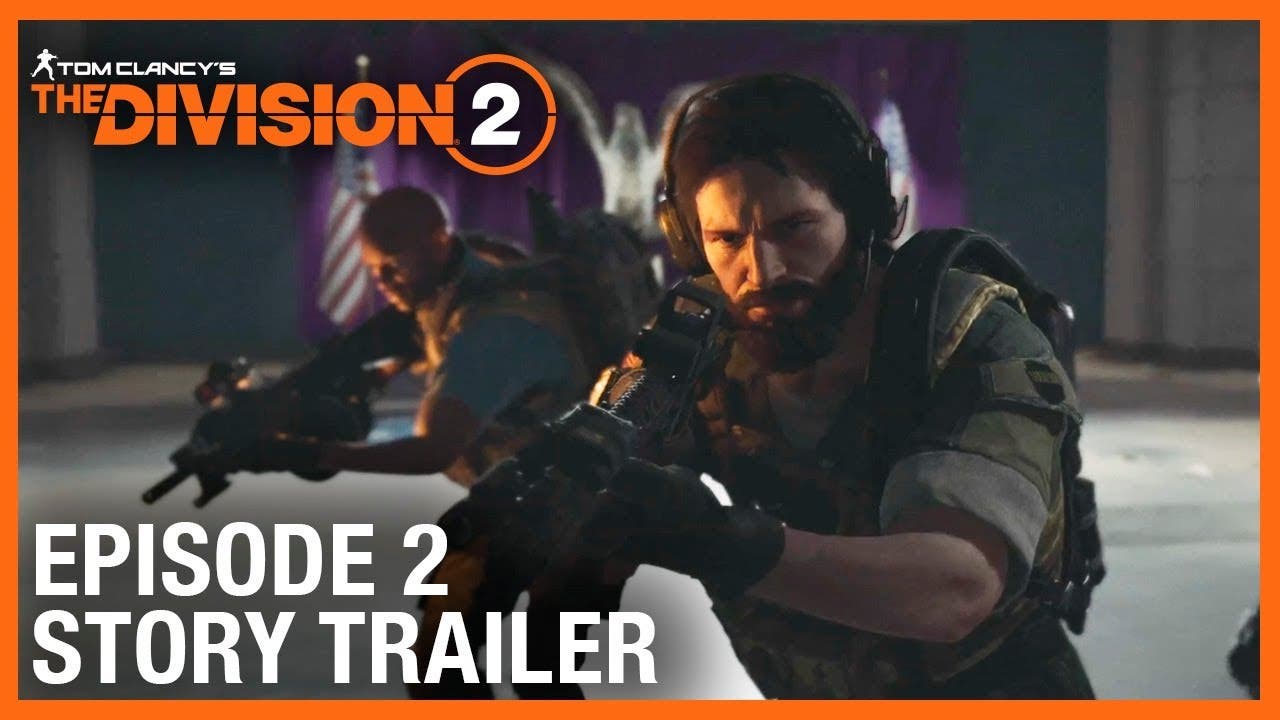 Tom Clancy’s The Division 2 “Title Update 6” brings a lot of changes and additions alongside ‘Episode 2 – Pentagon: The Last Castle’

SAN FRANCISCO — October 9, 2019 — Today, Ubisoft announced October 15 as the release date for its latest content update for the live open world game Tom Clancy’s The Division® 2. In addition, players who did not have a chance to play The Division 2 yet will have the opportunity to try the game for free.*

Title Update 6 highlights The Division 2’s biggest title update to date for players, featuring “Episode 2 – Pentagon: The Last Castle,” a variety of game improvements and a new Conflict PvP mode. Episode 2 is available for Year 1 pass holders and UPLAY+** subscribers on October 15 (October 22 for all players). All changes and improvements, as well as the new mode, are available for all players on October 15.

The latest episode in The Division 2’s Year 1 free content plan features escalation in Washington D.C. for Division Agents, as Black Tusk Forces continue to wreak havoc around the city. In episode 2, players must fight to solve the ongoing outbreak crisis. It will be up to Agents to uncover the secrets insight the Pentagon before it falls into the hands of The Black Tusk.

At the beginning of Episode 2, players will investigate a transmission from a fellow Agent scouting the Pentagon for the perfusion bioreactor. Securing the bioreactor would allow Agents to replicate the antiviral samples recovered at Tidal Basin. Agents must navigate flood damage and Black Tusk forces to take back The Last Castle. After securing their safe house, players will be able to access the two replayable main missions of Episode 2

The latest title update also brings an unprecedented number of fixes and improvements, as well as a brand new PvP mode.

Players will see significant game improvements in The Division 2 effective October 15. These improvements were developed thanks to community feedback on game forums and following last month’s Elite Task Force workshop, during which community members visited Ubisoft Massive studio in Malmö, Sweden to share thoughts and ideas about the game. Fixes and improvements include:

As part of Ubisoft’s commitment to the overall fixes and improvements to the game, The Division 2’s second raid will be delayed. The additional time allows the development team to focus on the overall quality of The Division 2, while developing a raid that will better meet the standards of its players. For more information read today’s letter to players from The Division 2 Development Team https://news.ubisoft.com/en-us/article/357116/an-update-on-the-division-2.

The new map ‘Wharf’ is on par with previous PvP maps in terms of size and takes players to an abandoned fishing harbor. It offers tactical gameplay opportunities, through flanking routes and raised positions.

Players who did not have a chance to play The Division 2 yet will have the opportunity to try the game for free between October 17-20. In addition Tom Clancy’s The Division 2 will be on sale later this month, allowing players to continue the adventure at a discounted price. Those who purchase the game after the Free Weekend will keep their progression. For more information, please visit: https://tomclancy-thedivision.ubisoft.com/game/en-US/free-weekend.

The Year 1 Pass gives players even more content to The Division 2, including early access to Episode 2 content. For full details on what’s included with the Year 1 Pass, please visit https://support.ubi.com/en-US/faqs/38853/Contents-of-the-The-Division-2-Year-1-Pass-TCTD2/.