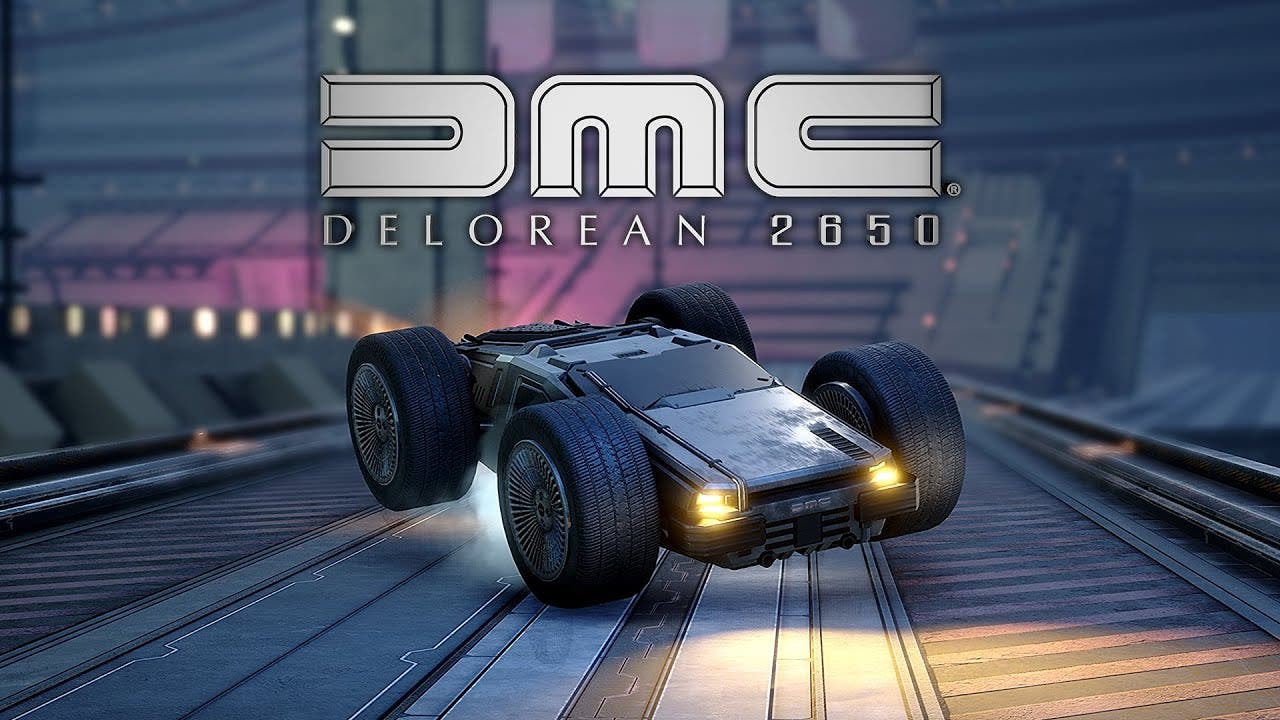 Watford, England – October 17, 2019 – Wired Productions Ltd., an award-winning independent video games publisher, together with developer Caged Element Inc., partner with DeLorean Motor Company, to unveil the latest update to futuristic racer, GRIP: Combat Racing in the form of beloved silver sportscar: the DeLorean. The addition of the iconic DeLorean offers players a chance to get behind the wheel of the iconic vehicle made famous in the 80s, just in time for its Steam Free Weekend from October 17 to 21.

Celebrating nearly a year’s worth of constant updates and costing a mere $1.99 / £1.69 the DeLorean DLC comes hot on the heels of the recently announced GRIP: Combat Racing – AirBlades Vs Rollers Ultimate Edition, on the PlayStation®4, Xbox One, Nintendo Switch™ and Windows PC via Steam®. With less than 9,000 created, even less in existence today, fans of the DeLorean will now have a chance to own their very own.

DeLorean Motor Company, one of the most beloved car manufacturers in the galaxy, has injected its flagship vehicle into GRIP: Combat Racing. Armed, armoured, flippable and jet fuel-injected, it’s the most souped-up DeLorean you will ever see – and pilot. It arrives in two forms: anti-grav AirBlades and regular four-wheeled roller. Check out the trailer below to see how the iconic ‘gull-wing’ doored sports car has been transformed for its debut on GRIP’s more than deadly tracks.

Inspired by Rollcage, and in partnership with key development team members from the original Rollcage, GRIP: Combat Racing has continued to fuel the racing appetite of arcade gamers around the world. A return to the hardcore combat scene of the 90s, bristling with heavy weapons and packing ferocious speed, the game is an intense, sensory feast. With a dedicated community and player numbers continually growing, GRIP: Combat Racing has seen a huge amount of content and updates since launch, with constant optimisation, new tracks and new playing modes having already been introduced.

GRIP: Combat Racing can be played for free digitally on Steam at 10AM PT October 17 until 10AM PT October 21. GRIP: Combat Racing can also be purchased for console platforms (MSRP $39.99) and PC (MSRP $29.99) – digitally on Steam, the PlayStation™ Store, Xbox Games Store, Nintendo Switch or physically, upright and upside-down at global retail. All players who already own GRIP will receive Airblades as a free update.

In addition to its digital release on Xbox One, GRIP: Combat Racing is available through the Xbox Game Pass subscription service, bringing the title to Xbox players around the world.

For more information, or to join the Wired community, please visit: