Several new wagons give you more ways to manage your resources under pressure. How about the new Mine Wagon, which automatically mines nearby resources but uses your precious iron to power it? Or the Collector Wagon, which gathers nearby commodities at the expense of wood. There’s also the Break Wagon, which you dash to fill up, and the special Slot Machine Wagon for players with the Supporter Pack.

In addition, today’s update introduces new achievements, tasks, and a ton of overall balance improvements and bug fixes. Last, but not least: the Supporter sombrero finally stays where it’s supposed to be!

Unrailed! demands strategy, coordination and communication across a variety of gameplay modes—otherwise your train might get derailed faster than you can say “Where’s the axe?!” Plan ahead, cut down trees and rocks, lay down tracks to avoid hazards, upgrade your train with new wagons, and fend off any creature that gets in your way. Play with up to four players in co-op, take on Endless mode, where just one misstep can end your journey, or work as a duo to get your train to the station before your rivals in competitive multiplayer.

Unrailed! is available on Windows PC via Steam Early Access. 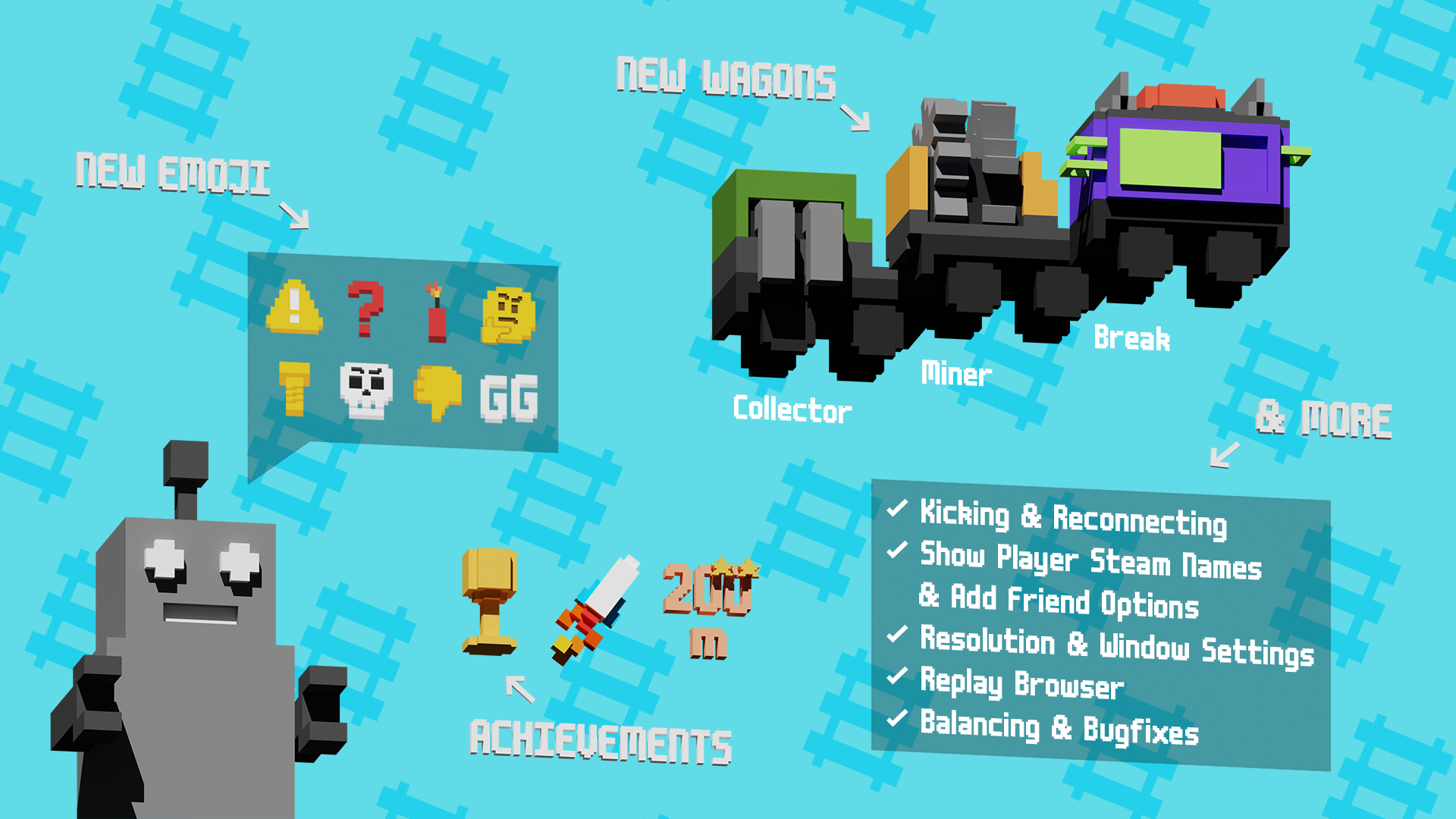