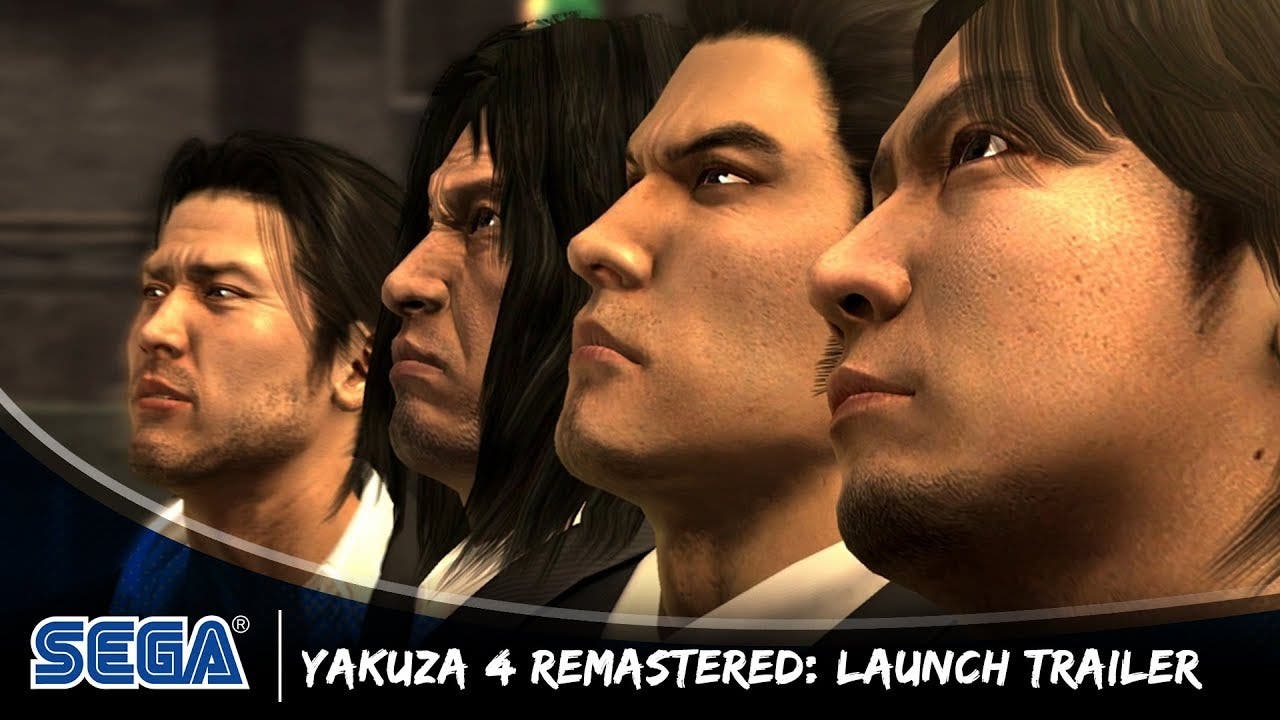 IRVINE, Calif., – October 29, 2019 – Yakuza 4 is now available to download on the PlayStation™Store for all digital owners of The Yakuza Remastered Collection! For anyone who hasn’t picked up the collection yet, now is a great time – get both Yakuza 3 and Yakuza 4 immediately and get ready for the release of the final title in the collection, Yakuza 5, when it releases on February 11, 2020!

Taking place a year after the events of Yakuza 3, Yakuza 4 drops players back into the red-light district of Kamurocho, with a twist! For the first time in the series, players will get to experience the game’s story through the perspectives and unique gameplay styles of four playable characters:

Sounds like a bunch of ruthless criminals, huh? They also enjoy the occasional round of karaoke, table tennis, and even fishing. Despicable.

Get a look at just a fraction of what Yakuza 4‘s remaster has to offer in the launch trailer!

For physical collectors, don’t forget – a physical release of The Yakuza Remastered Collection, detailed below, will also be available on February 11, 2020. Pre-orders for the physical collection are available now at https://yakuza.sega.com/remastered.

The Yakuza Remastered Collection is far from a typical console generation port. In addition to graphical and performance upgrades (720p>1080p at 30>60fps), all three games have gone through a rigorous re-localization process. The English scripts for each game have been reviewed, revised, and even rewritten in some cases, and content previously cut from the Western releases of Yakuza 3, 4, and 5 have been re-added in The Yakuza Remastered Collection.

In Yakuza 3, this means the Mahjong, Shogi, Massage Parlor, and ever-popular Cabaret minigames, as well as a collection of Substories cut from the original release, are now available in the West for the first time!

Several quality-of-life changes have also been added for each release in the collection, including a Substory tracker on the map and the ability to toggle between English and Japanese written lyrics during Karaoke.

The Yakuza Remastered Collection is available now digitally for $59.99 and includes Yakuza 3, Yakuza 4, and Yakuza 5 – previously only available on the PlayStation®3 – beautifully remastered in 1080p at 60fps.

Yakuza 3 is available to download and play immediately after purchasing the collection – Yakuza 4 is available now, and Yakuza 5 will become available on October 29, 2019 and February 11, 2020 respectively.A limited run of The Yakuza Remastered Collection: Day One Edition will release on February 11, 2020 for $59.99, and contains Yakuza 3, Yakuza 4, & Yakuza 5 on two disks in a striking red collectible case emblazoned with Kiryu’s trademark dragon tattoo. This release marks the first time Yakuza 5 will be available in a physical format in the West, so the collection also includes a genuine Yakuza 5 PS3 case; after 5 years since the game’s original release, series collectors can finally fill the gap in their library! Supplies are very limited, so get your order in while supplies last!