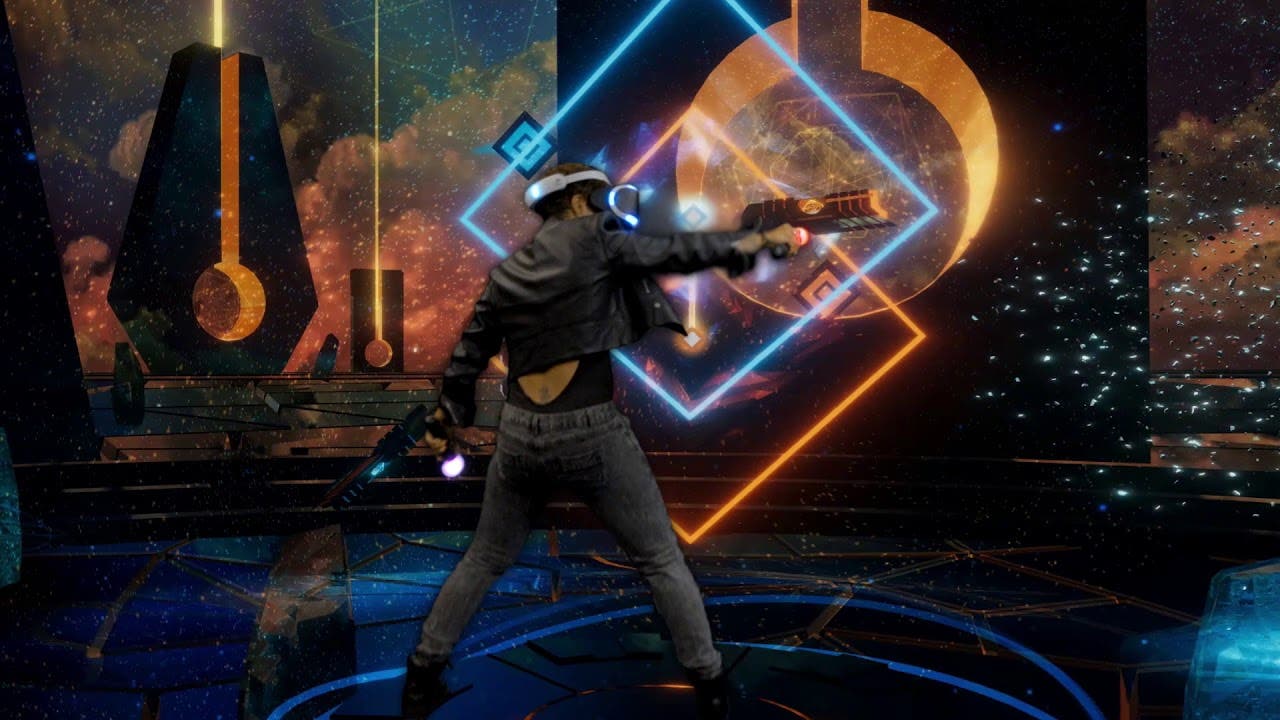 Boston – November 5, 2019 – AUDICA™, the popular VR “rhythm shooter” from Harmonix, has exited Early Access and is available now for PlayStation®VR, Oculus Rift Platform, Steam and VIVEPORT for $29.99. AUDICA combines Harmonix’s award-winning music gameplay with precision shooting mechanics and a 33-song soundtrack featuring music from some of the world’s most popular artists.

Armed with a pair of rhythm blasters, players step into one of AUDICA’s mesmerizing cosmic arenas and shoot and smash targets to the beat of a hand-authored song. A flawless run with precise timing and accuracy will earn players one of the coveted spots on AUDICA’s global leaderboards.

In addition to the soundtrack, five additional playable songs will be available for purchase as day one DLC:

Each track will be available for purchase as a single, in a bundle, or as part of AUDICA’s 15-song 2019 Season Pass. Pricing for DLC is as follows:

Pricing and availability may vary slightly by region and platform. The 2019 Season Pass is currently not available on the Oculus Store and Viveport.

Campaign Mode – AUDICA’s campaign mode will see players take on the entire soundtrack across four tiers. Each tier features a handful of unique challenges – for instance, one challenge may have players using invisible guns, while another may increase the speed in which targets fly in. Players who complete the campaign will be rewarded with new blasters, environments and a very special grand finale.

Practice Mode – A fully-featured practice mode that enables players to pick specific song sections, slow them down and practice until they know it like the back of their blaster.

Map Creator – AUDICA also includes an in-game Map Creator, giving players the ability to create their own custom target map for any song on the soundtrack.

Gun Slinging – Play with style! Spin and toss your guns as you play for a little extra flair.

Join the Harmonix Discord for up-to-the-minute AUDICA Updates and stay tuned to Harmonix’s Twitter and Facebook pages for additional information and the latest AUDICA and Harmonix news.