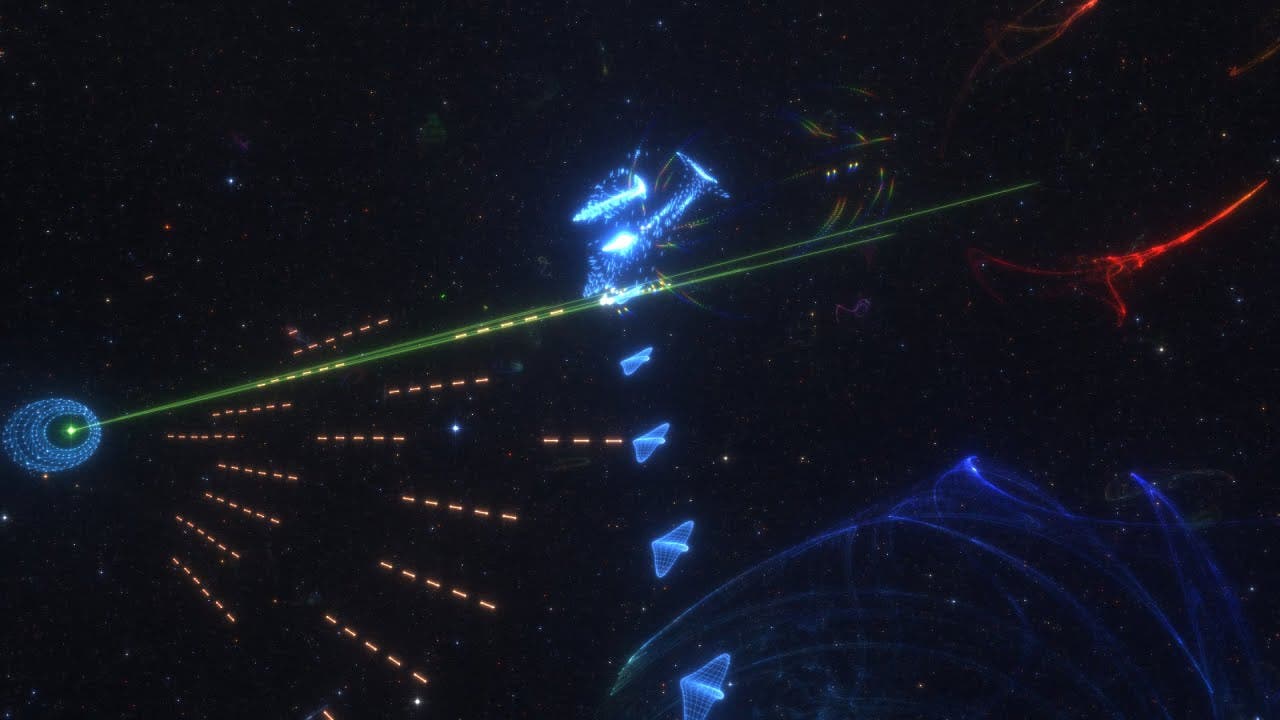 Polynomial 2 is a 3D space shooter game developed by brothers Dmytry Lavrov and Alexey Lavrov that was released on Steam Early Access on May 31, 2016.

It features mostly procedural scenery with an infinite starfield and a multitude of nebula-like fractals scattered throughout. The game’s name comes from its use of random polynomial equations to define its fractal shapes.
The player fights with different enemies and bosses, collects bonuses, and recharges health through fractal flowers.

One of the most mesmerizing features of Polynomial 2 is the music visualizer which affects some of the fractal objects. The sound engine supports “what you hear” sound capture and has a built-in music player that supports mp3, flac, and system codecs. This gives the player the ability to visualize his own music the way he listens to it: from files, streaming services, music player, or an external sound input.

As of the June 17th update, the game officially supports both HTC Vive and Oculus Rift virtual reality headsets in the seated configuration. The VR experience really expands the user’s visual perception, creating a synesthetic adventure for the player.

During the Early Access period we will add more enemies, levels, weapons, bonuses, and achievements.

You can get Polynomial 2 on Steam here: http://store.steampowered.com/app/379420