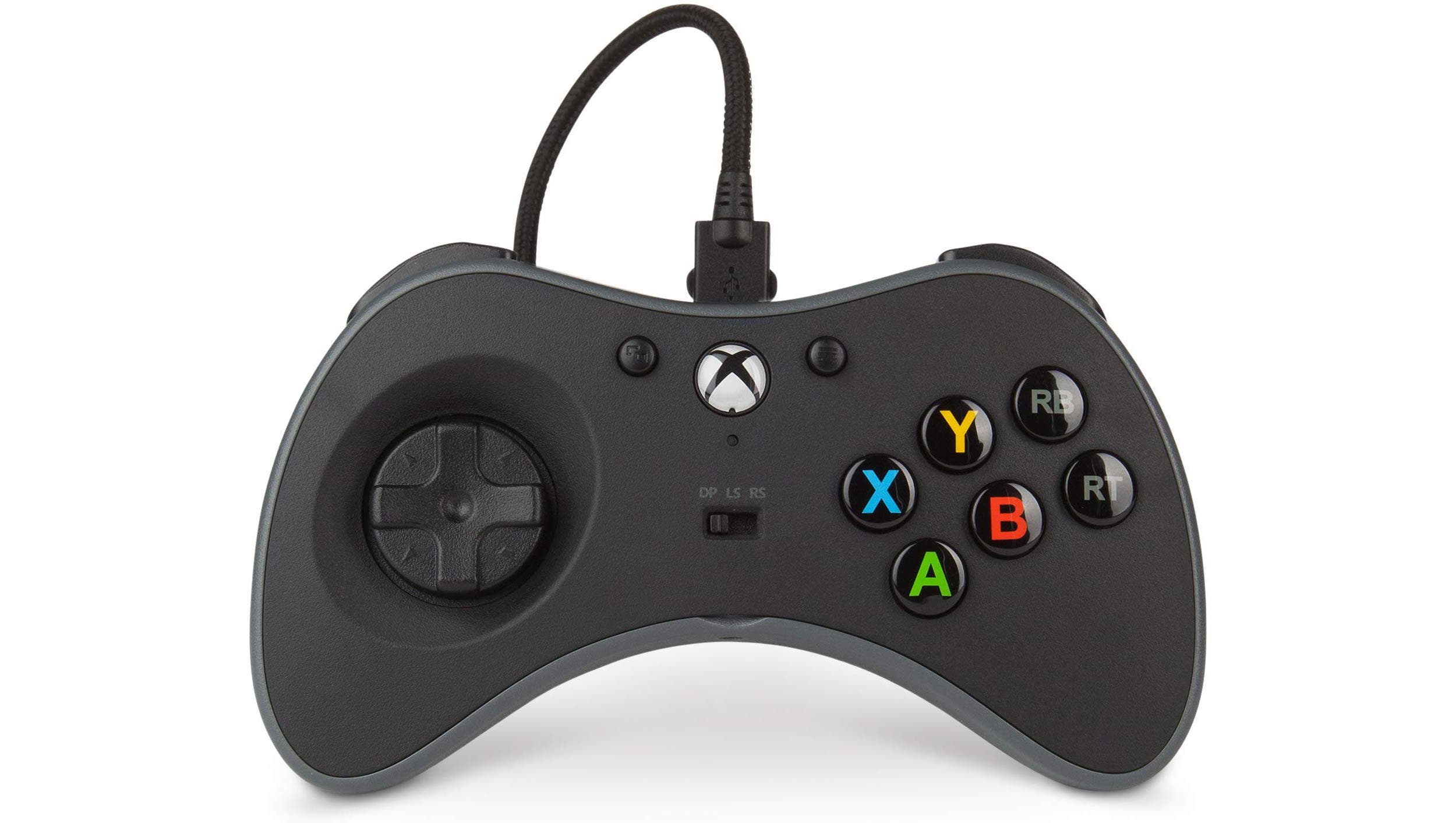 The PowerA FUSION Wired Fightpad for Xbox One is a lightweight, simplified controller intended for fighting games. It has some additional uses in other genres, but this is a controller for a specific purpose and not one that’ll become your “daily driver”, unless of course you only play arcade and fighting games. PowerA’s offering here is really well made and is a controller that’s great for gamers of all ages, and hand sizes. It’s the controller you didn’t know you needed.

First things first, while the naming says “Xbox One” on the box, testing proves this works on Windows 10 PCs no problem. You’ll notice a lot about the controller, just from looking at it. Firstly, it resembles a Sega Genesis 6-button controller, but I learned it was inspired by the Sega Saturn gamepad, which makes more sense. There’s no left or right analog stick, nor any curvature in the controller. It’s mostly flat, designed to not let anything get in the way of pressing buttons. The face buttons include RB and RT buttons for ease of use. The classic eight-way Dpad returns, and it feels so good in-hand. The bumpers remain in-tact, but the triggers are modified for less throw. When the the bright white LED comes on, it confirms connectivity and you’re ready to fight.

PowerA generously provides a braided USB cable that’s nine feet long. It being wired means different things to many people, and the nine foot length of the cable might not be enough, especially in my living room. But at my PC, it’s more than enough. The smartest thing is how the cable connects to the controller itself. It slides into a socket, and clips in so that you can hold the controller by the cable and it doesn’t strain or break from the weight. It’s not something I recommend testing vigorously, but it’s designed to be sturdier than anything else you’ll find out there. Since this is the same cable you’ll find in other PowerA controllers (like the FUSION Pro Wired Controller) and setups, you can easily unclip and swap controllers rather than busting out separate cables for each. 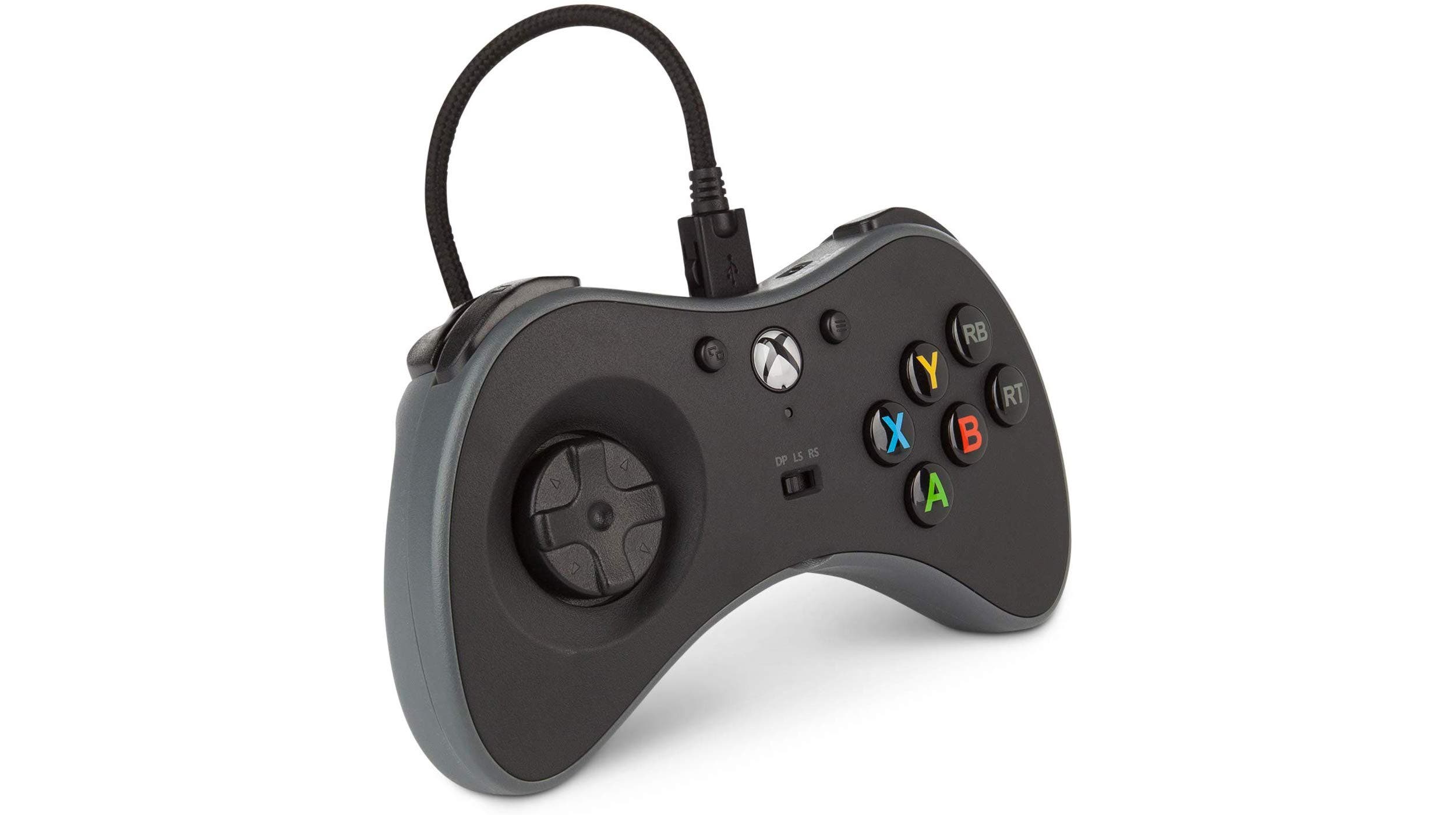 I have to admit that all the face buttons feel mushy, yet absolutely responsive. Any amount of pressure activates the button press, even if it feels like you didn’t. I think it just takes some getting used to. The face buttons are also 1.5x the size of other Xbox One controllers, making it more arcade-like and natural to hit the buttons to perform those combos. This works great for all types of games that are compatible.

PowerA was smart to include an audio jack on the bottom for chat, as this controller’s primary purpose is for fighting games; chat is an extension of that, especially with friends. The FUSION Wired Fightpad also comes with a white faceplate to replace the default black faceplate. If you have the Nintendo Switch version of this controller, a red faceplate is the alternate. It’s a good way to tell them apart of you end up owning multiple.

There are two big hardware features to discuss: the Dpad Toggle Switch, and the Shoulder Button Toggle Switch.

The Dpad Toggle Switch has three modes: DP which is the fightpad’s default Dpad offering and eight-way directions. LS digitally emulates the left stick, especially for games that don’t support Dpad movements. And then there’s RS, which emulates the right stick, generally used for camera controls. You can switch it on-the-fly rather fast, but it’s no substitute for a controller that natively has thumbsticks. It’s still incredibly thoughtful that it’s still there, to accommodate any need.

The Shoulder Button Toggle Switch has two modes: LT-RT & LB-RB which is the default and how you’d expect the bumpers and triggers to respond. Then there’s the alternate of RSB-LT & LSB-LB, which remaps the left bumper and trigger onto the right side. It then assigns the left and right stick presses to the left bumper and triggers. It’s an interesting system, though I wish it allowed for more customization. I’d like to see a variant where you could map the controls on the face buttons to LT+RT to execute super moves and whatnot. 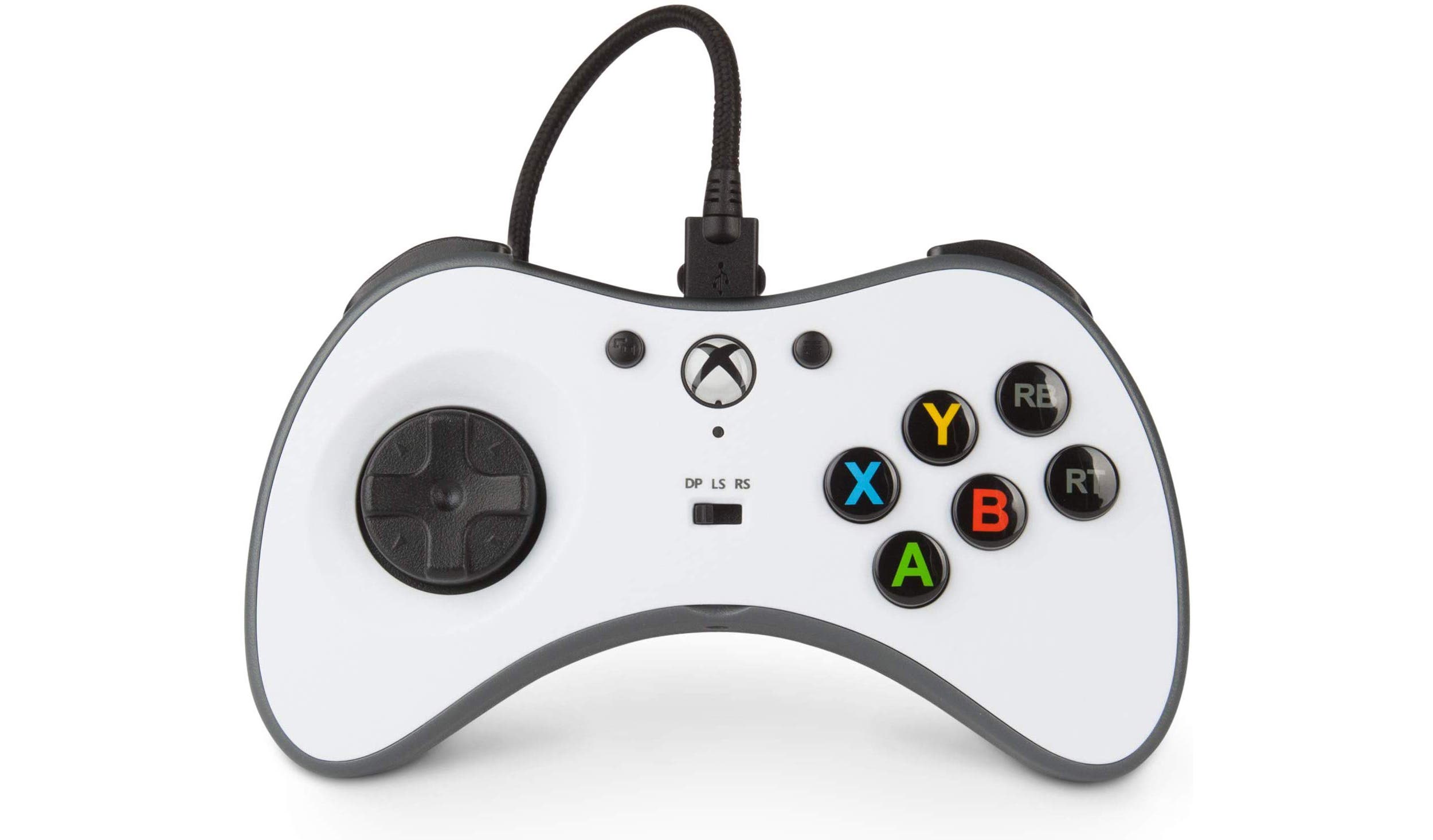 In terms of games, I tested them in a variety of them. I found that playing TEKKEN 7 and Power Rangers: Battle for the Grid felt good to use throughout story and online modes, but nothing to write home about. It was when I got to SOULCALIBUR VI that it felt really good, and the lack of jumping in that game feels solid. But the absolute best game to benefit from the fightpad was Mortal Kombat 11. Now that’s just the fighting modes like story, the towers, and online. Now for MK11‘s Krypt, well it’s basically unplayable, and that’s using the Dpad Switch Toggle to enable left stick (movement) and right stick (camera), it’s just too unwieldy.

Since this is a controller that can do more than fighting games, I started to think of arcade games and platformers. Now, 2D platformers like Bloodstained, Valfaris, and Blasphemous will do. Then of course there’s games like Sonic Mania and Dead Cells to consider. All of them play great, and work so well. This is a controller that works on all the games you think it would, and none of the ones it wouldn’t. 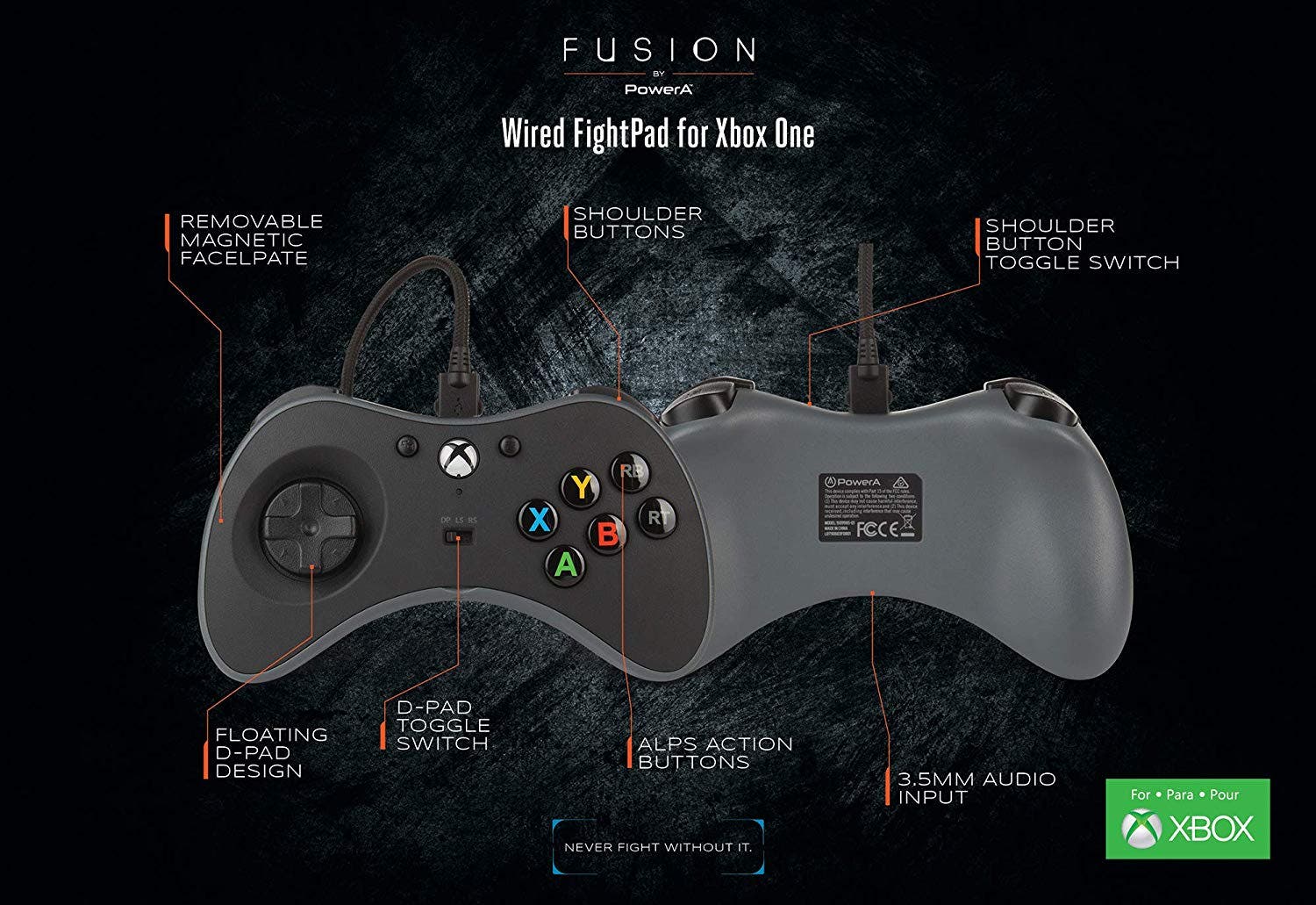 There’s no doubt that this is a niche controller, but this is one you should own if you play a lot of 2D side-scrollers, and especially fighting games. There’s a hint of nostalgia when using it, and felt a competitive advantage from using. It has such a striking look, that you want to have it on display whenever you’re not using it. PowerA’s FUSION Wired FightPad is a wonderful controller that gets so much right.

The PowerA FUSION Wired FightPad was provided for review purposes.