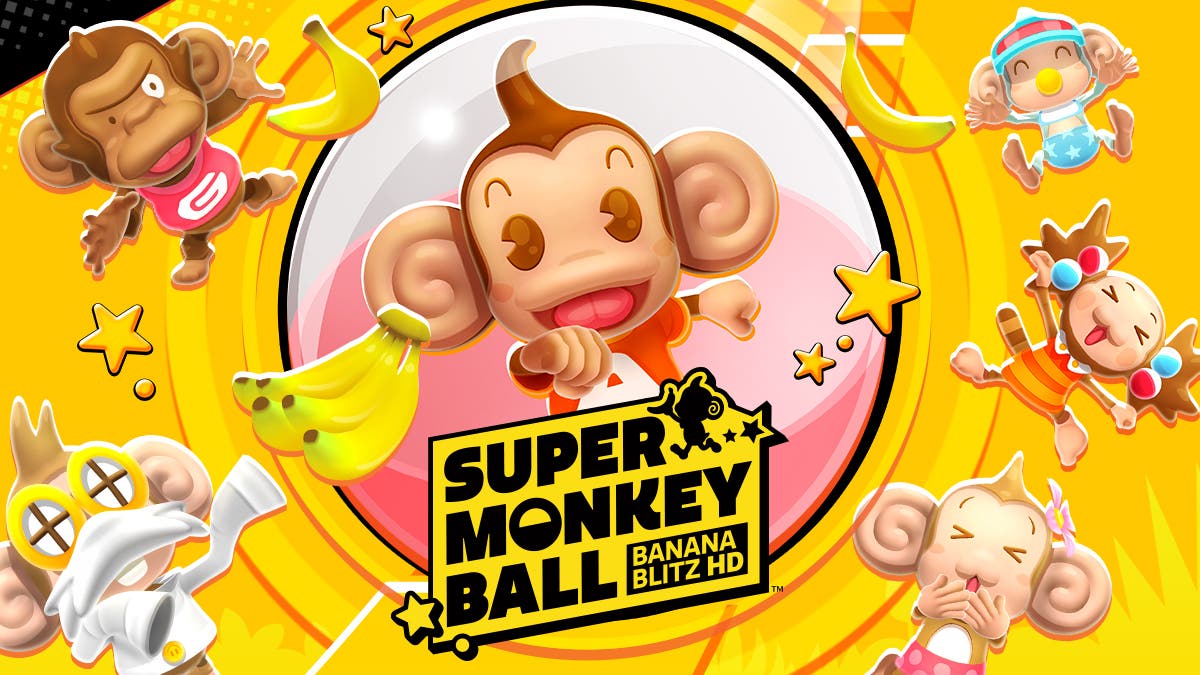 There’s something to the phrase “they don’t make ’em like they used to.” It’s a tired, contrived sentiment that’s most often a nostalgic lament. But it can be more layered; it can also be a reflection on the way things have changed, sometimes even for the better, especially when that nostalgia is examined with a closer eye. Nostalgia and reality are often at odds with one another. 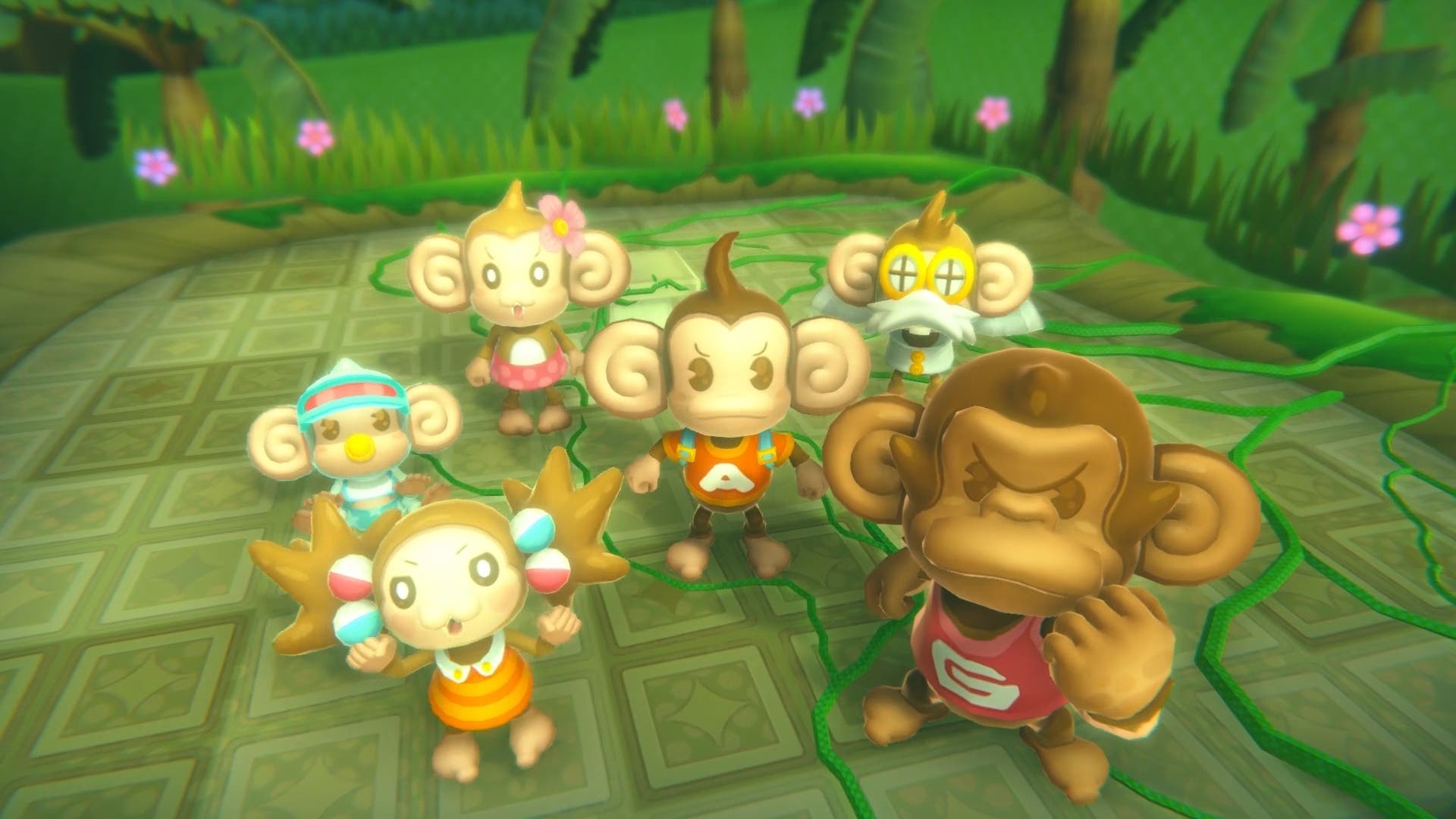 This is a review about Super Monkey Ball: Banana Blitz HD, a remake of a game for the Nintendo Wii that is itself a continuation of a specific formula popularized on Gamecube, and originally in the arcade. So, to be clear, this is a game and a series that lives and dies by doing things the way it always has. In many ways, it is nostalgia incarnate, existing to provide a steady drip of the good stuff directly into your veins. Presuming, of course, that Super Monkey Ball is “the good stuff” that you crave.

Even if you’ve never really played a Super Monkey Ball, you probably know what it is. You’ve got an adorable monkey avatar, shoved into a plastic hamster ball, and you must guide this “Monkey Ball” down a race track filled with bananas, obstacles, and all of the brightest primary hues you have come to expect from late 90’s era SEGA arcade games.

The original Wii release of this game leaned into the system’s signature motion controls, requiring incredibly precise movements of the Wii-mote to tilt the course and guide the ball around. It was fairly difficult to learn due to high sensitivity, but if you could get past that it was pretty fun to play.

The HD release throws out motion controls completely, even for controllers that have gyroscopes. Everything has been retooled specifically for each system’s respective analog sticks, and I have to say that the overall “feel” of the controls is significantly better. The game is immediately playable from the moment you jump in, enjoyable even. This is already a big improvement over the original release, as it provides a degree of accessibility that was notably absent for those not already invested in the series. 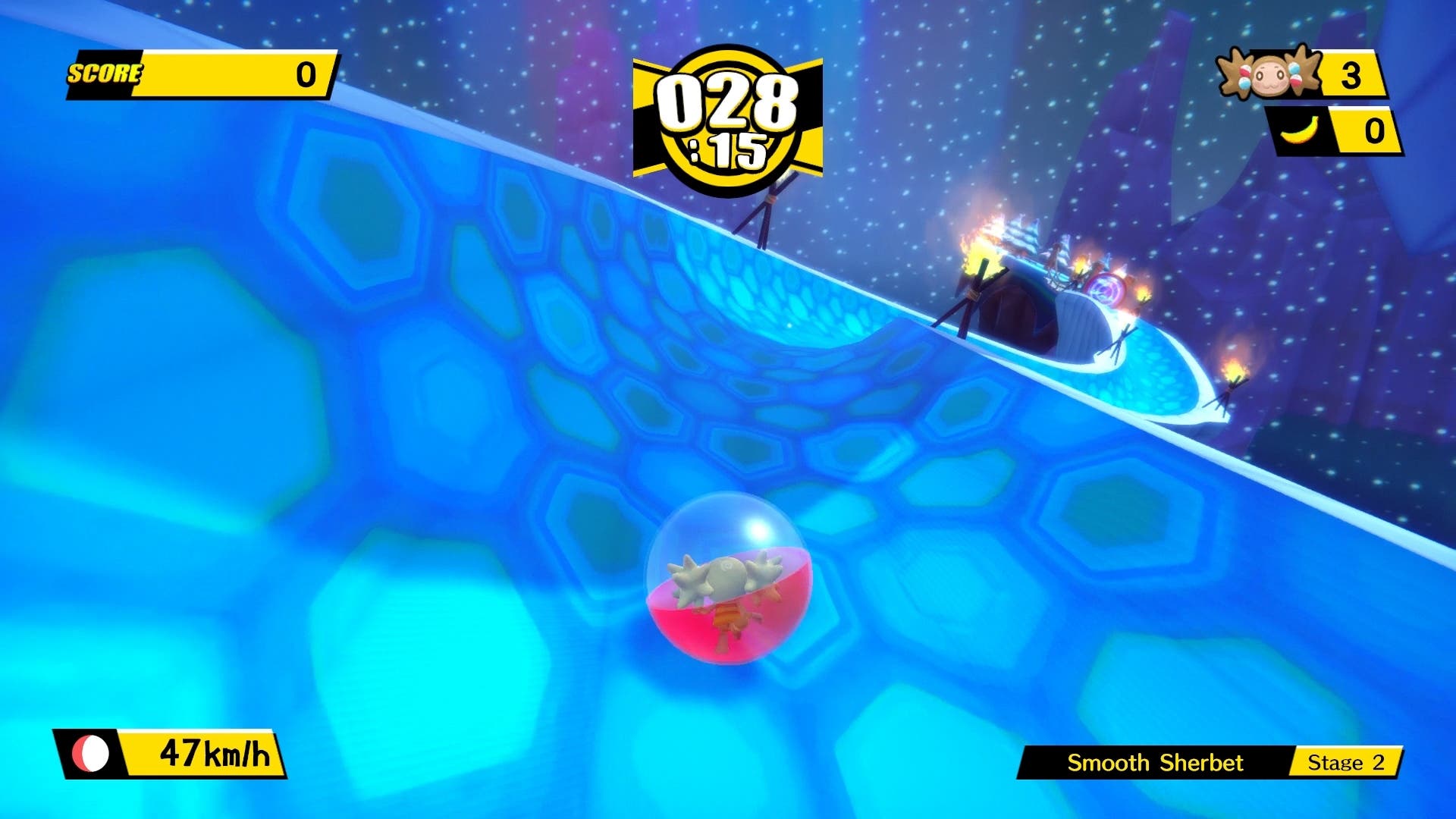 Now that a significant learning curve has been removed, you can dig into the campaign immediately and get a feel for how the game actually works and what it has to offer, and to be fair, there is a decent amount of game here.

There’s a full campaign featuring 100 levels, each with some amount of replay-ability as you vie for the fastest possible time or gathering all of the optional collectibles. The difficulty and complexity of the levels ramp up fairly quickly as you progress, shifting from simple “get to the finish” scenarios to more complicated movement evocative of old wooden marble labyrinth toys, which you may find either deeply satisfying or deeply frustrating, if not both. There are also ten mini-games that sampled from the original release’s sizable but very hit-or-miss collection.

Super Monkey Ball: Banana Blitz: HD takes the bright colorful visuals the series is known for and punches them up with a complete visual makeover that drastically improves on the graphical fidelity of the original. While the original soundtrack couldn’t be re-licensed for the remake, The all-new soundtrack included features the kind of upbeat, uptempo music you expect from the series. And, the game performs really well, maintaining a solid frame rate that keeps the game feeling speedy and smooth when it matters most. It’s a complete, authentic package that polishes up the best parts of Monkey Ball, which consequently also lets all of the weird show itself clearly.

This is a fun game, to be sure; it’s quick to start and simple to understand. It is also very un-apologetically Super Monkey Ball, and there is a clear question about how well this kind of arcade adaptation has aged. As a representation of what things were like when the series first debuted, I think it’s incredibly effective. This is the best Monkey Ball has ever looked, and arguably the easiest it’s ever been to play. Those points both count for quite a lot.

As I mentioned, this is a remake of a Wii game that sought to emulate and build upon a concept originally made for the arcade. If you have spent any time playing 3D arcade games from the late 90’s and early 00’s, you will recognize the DNA of this game. The original arcade release ran on SEGA’s NAOMI hardware and featured an analog banana controller; it was designed specifically for that market and to be strange, but also to exploit NAOMI’s speed and visual capabilities. There is an unmistakable arcade feel to Super Monkey Ball‘s overall design, and it is a special thing to be able to experience that on a home system in 2019. 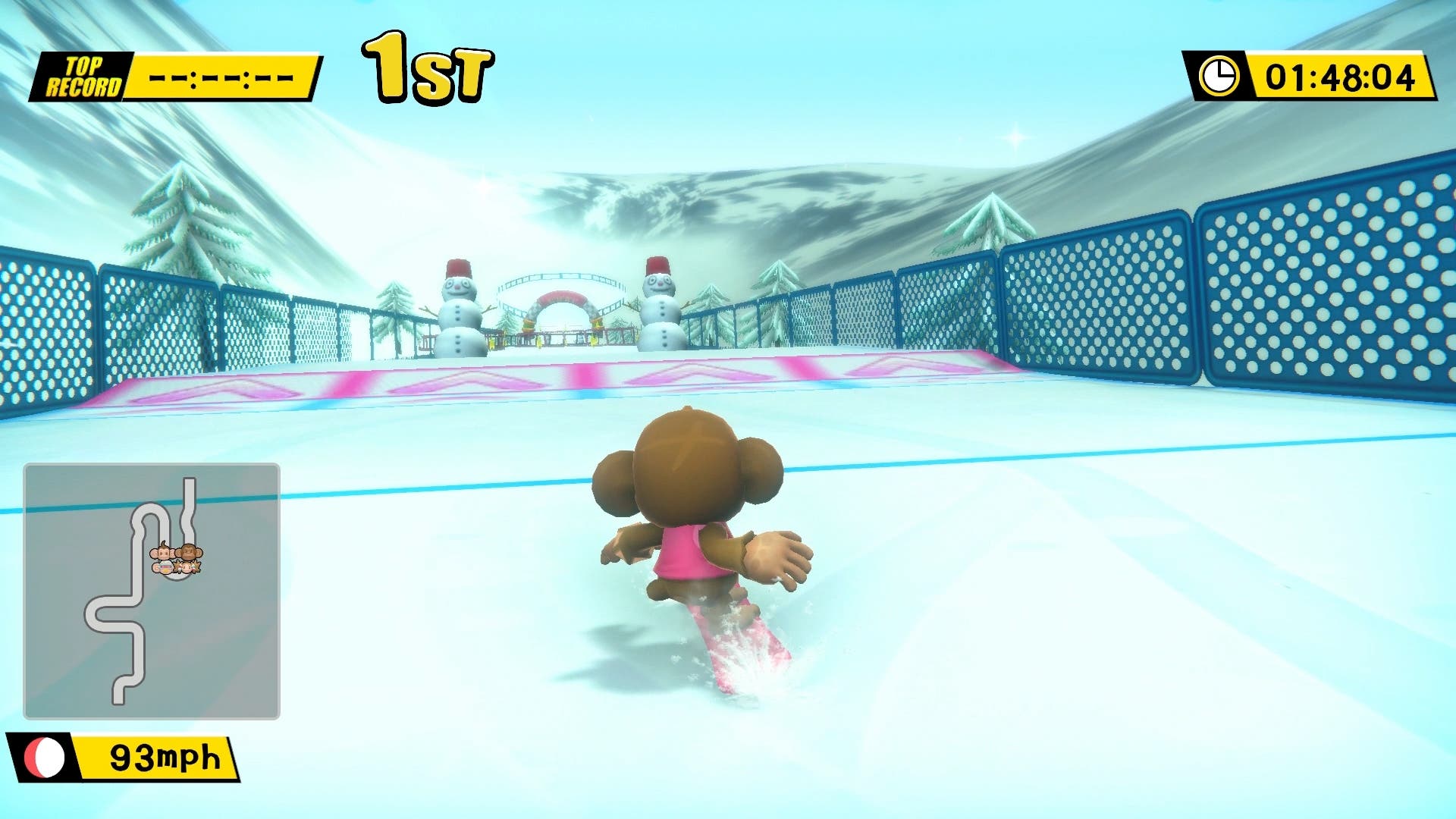 Design philosophies for games in the early 00’s were pretty different from today, though, especially in cases where games were being ported from an environment designed around short play sessions and encouraging players to pump more money into machines. While Super Monkey Ball: Banana Blitz was always a game designed for home play, some of its defining characteristics are the direct product of being conceived with arcades in mind, and removing them would be tantamount to ruining the game.

So, Super Monkey Ball: Banana Blitz HD is a game that feels old, and it feels that way often, which is fine; this is a remake, not a brand new entry in the series. It is highly effective at being itself, with some necessary improvements to the tech powering the game. Longtime fans will appreciate the work that’s put in, and curious new players may find a fun new distraction. I don’t know that there’s enough here to win over a large new audience, but it could be enough to justify a proper new entry that experiments with the formula more in the future. 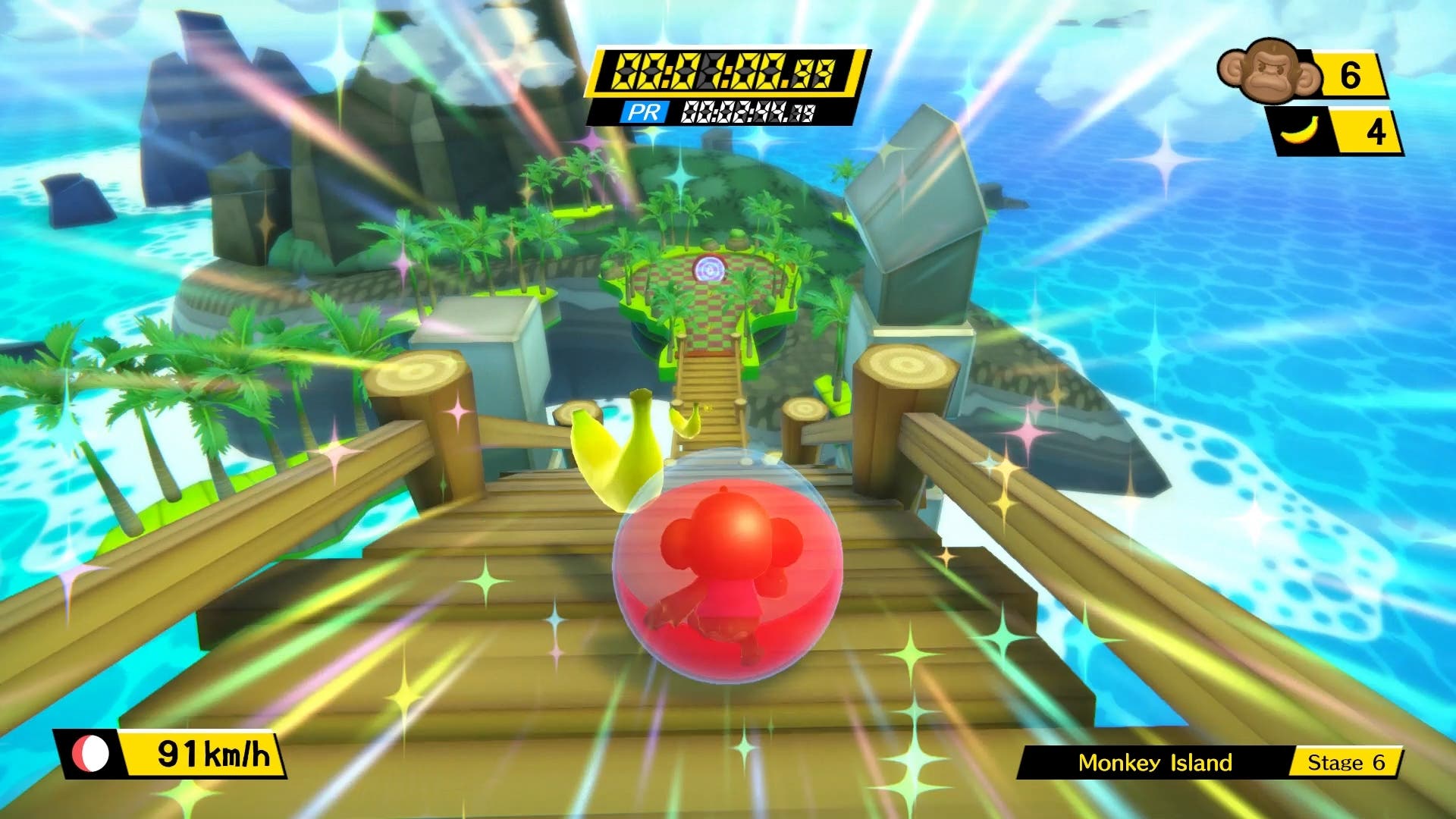 They really don’t make games like this one anymore. The game immediately connects you to another era, and gives you the chance to experience something that just doesn’t exist in today’s market. In doing so though, it serves as a demonstration of why games have moved away from so many of the design principles on display in Super Monkey Ball: Banana Blitz HD. For some, this will be a fun and convenient way to revisit a beloved old game. For most though, the best case on offer is an auto-retrospective experience, unflinchingly showing you all of its best and most mediocre parts.