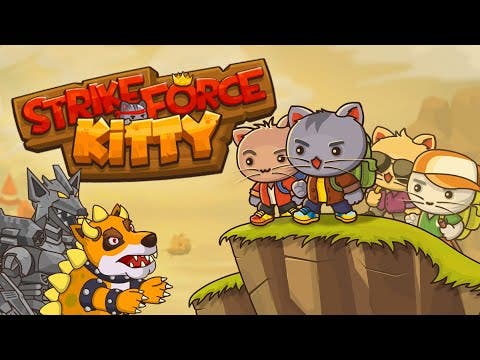 NOVEMBER 26, 2019 – Warsaw, Poland – Acquire costumes from foxes and create crazy combinations of clothing, explore the world, find secrets and save the princess from the clutches of the cunning king! Each costume references pop culture movies, games, comics, anime, and cartoons. The costumes make your kittens stronger and give them special abilities. These abilities allow you to access new areas in each level as you make your way to the princess.

“Pump the cats up” by training them in the gym focusing on three different attributes to make them stronger, faster and more resilient. Each level is about finding the optimal path. With new abilities to discover new ways of completing the level finding rarer costumes along the way. Searching for these paths often becomes a puzzle of its own.

Strike Force Kitty is a humorous light platformer all about cats and kittens! Command a squad of four cute kittens to save an adorable princess! Train your tabbies into tigers and… power them up with 350+ costumes to gain super powers! Fight big bosses on your way to save the princess!

Customers who already own any other titles from No Gravity Games on the Nintendo Switch eShop can enjoy a larger discount of 75%! These games include: Exorder, Dream Alone, Pirates: All Aboard!, Rawr-Off, and Nonograms Prophecy.