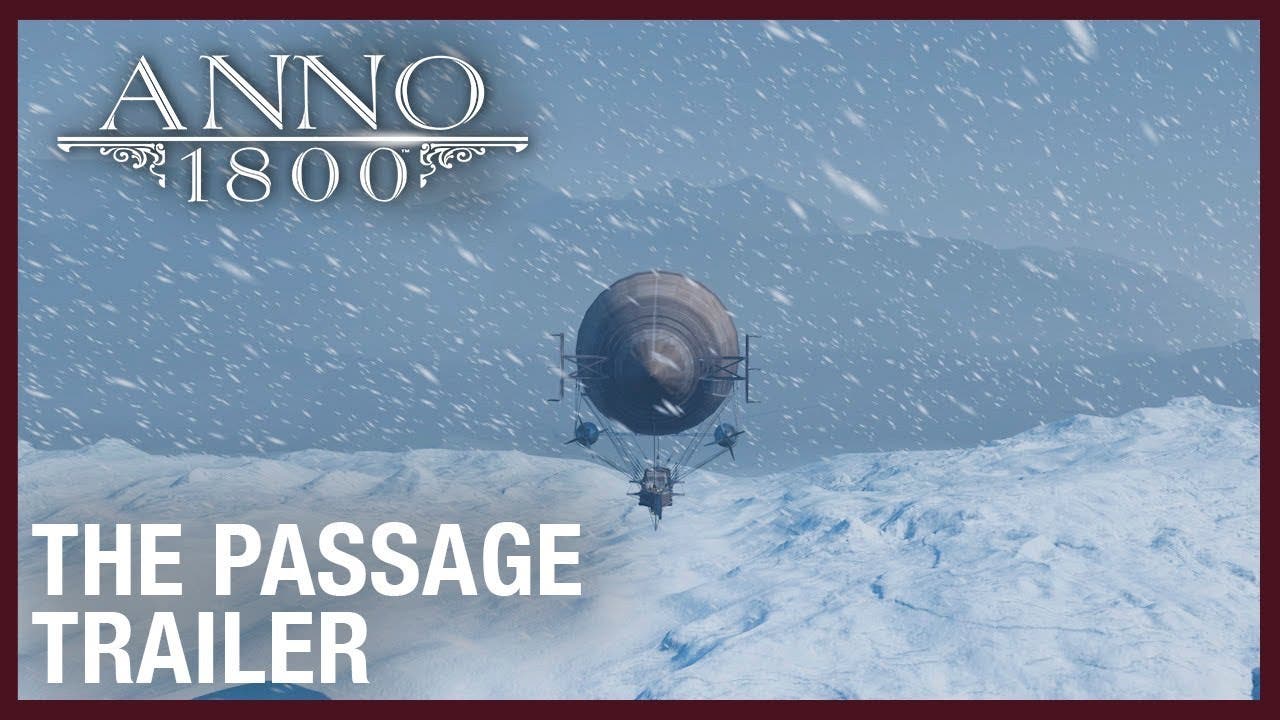 SAN FRANCISCO — December 10, 2019 — Today, Ubisoft announced that Anno 1800™, the latest installment in the successful city-building and strategic franchise, is releasing its third DLC, The Passage, included in the season pass, on Windows PC. Inviting players to the frozen north, The Passage is the largest content release for Anno 1800. In addition to The Passage, players can also experience the new co-op mode and in-depth statistics system as accompanying free updates. Finally, new players will be able to discover and play Anno 1800 for free on Uplay and the Epic Games Store for a week, from December 11–18.

The Passage brings an all-new dimension to the world of Anno 1800, inviting players to conquer the Arctic. Harsh weather conditions bring an entirely new element to the gameplay, alongside the new heating mechanic that will encourage players to rethink their approach to creating layouts, as they will have to now keep their residents warm and healthy. For the first time, players will be able to construct a fleet of airships that will speed up trade across their entire empire. The new region is an exciting adventure for everyone, but a true challenge for achievers who want to conquer the wasteland in order to reap significant rewards. The Passage brings new gameplay mechanics, such as conquering the sky with airships, two new citizen tiers, seven new production chains, 32 new buildings, 60 new quests, 80 new items and much more.

Beginning tomorrow, December 11, until December 18,* players will be able to discover Anno 1800 (including Tier 1 to Tier 3) for free on Uplay and the Epic Games Store. Players can also experience the base game along with two new features releasing today as free updates for all Anno 1800 players:

With the holiday season approaching, Anno 1800 is bringing some cheerful spirit with the all-new Holiday Pack, which allows players to decorate their cities in a festive style. This DLC pack includes a wide range of cosmetics with 23 new items. Between the festive carousels, Christmas trees, snowmen, lanterns and more, players can transform all industrial cities into a holiday wonderland.

While the release of The Passage completes the season pass content, the Anno 1800 development team remains dedicated to supporting the game post-launch. The team is working on new content and features to expand the world of the industrial revolution for next year and will have more information to share at a later date.

For more than two years, Anno 1800 has invited players to take part in the creation and the development of the game by giving feedback through the Anno Union. So far, more than 200 blogs have been published, 18,000 comments posted and five community contests organized. This collaboration between players and the studio enables the development team to shape the game and add requested community features.

Anno 1800 is available digitally on Windows PC from the Ubisoft Store and the Epic Games Store. The Passage can be purchased as part of the Anno 1800 Season Pass for $24.99 or individually for $14.99 and is downloadable for players who already own the season pass. In addition, players can purchase the Anno 1800 Gold Edition, including the Digital Deluxe Edition** and the season pass.

*This software is a free demo of Anno 1800, playable from December 11, 2019, 2 pm CET to December 18, 2019, 6 pm CET. This demo is provided as is, may not contain the same content as the full/final game, may not function as expected and may crash. Please note that maintenance may also occur at any time during this period, rendering you unable to access parts or all of the demo. Ubisoft does not commit to providing customer support for the demo.