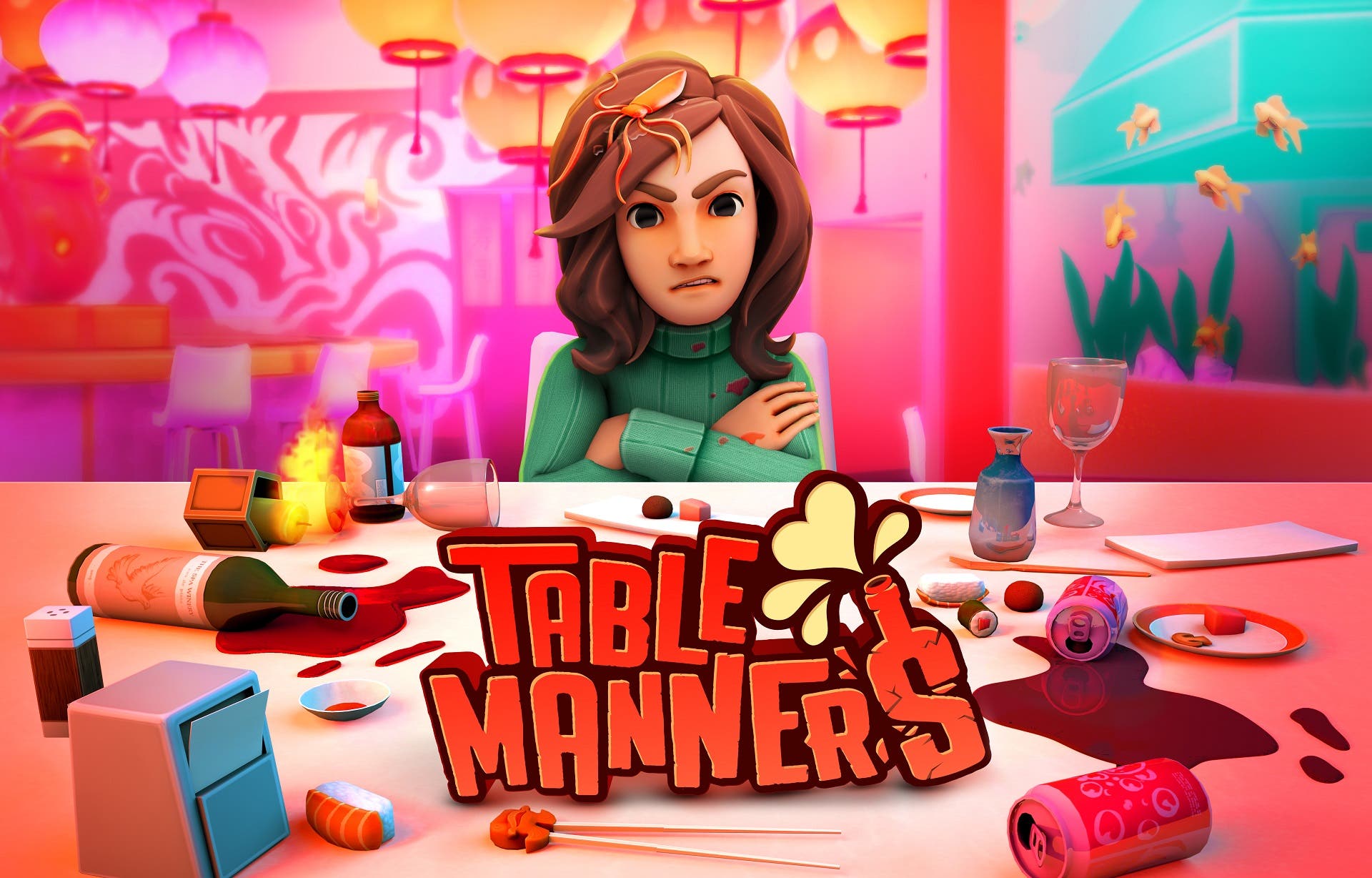 Table Manners ups the dating game, allowing you to get hands-on in your relationships with every date. You’d expect controlling a disembodied hand to be a VR title, but this purely a non-VR game with a focus on simulation. Once you get a handle on the controls, you will have a good time. Until then, there’s a bit of frustration fighting the physics as you are trying to impress your dates. What’s love got to do with it? Much in the vein of Surgeon Simulator, you must control the entirety of the game with a disembodied hand from securing a date through an app, to being an active participant in the date, with the relationship hanging in the balance all-throughout. Thankfully, Table Manners is far more accessible game. It’s simplified down to five controls: moving the hand in, out, up, down, and grabbing objects. The controls make it far more enjoyable over what you’ll find elsewhere.

Playing the game as intended, trying to impress your date might get frustrating, especially when the physics get wonky with little to no warning. However, when you decide to intentionally mess things up is where it starts to get exciting. I wish there was a free mode to go on a date with a random person and mess around, because risking a in-game relationship for the sake of fun, won’t keep your date invested. There’s lots of ways to self-sabotage, but you’re less inclined to experiment when there’s an element of risk, or having to start over. Progression is defined by the relationship flourishing. As you continue to be successful on dates, you’ll change locations. Starting off modestly in a steakhouse, you’ll move on to sushi restaurants complete with conveyor belts for added difficulty, and then boats and airplanes to really liven things up, should you grow as a couple to that stage. Even the final location feels like yet another nod to Surgeon Simulator. That said, the locations are appropriately themed and adequately challenging, that feels like a gentle ramp up. I certainly got stuck on some dates, but after a few retries, I was able to complete them.

While there’s an increasing demand with each successive date, it alone isn’t all there is in keeping your date happy. With each task: peppering a steak, feeding a sushi roll, pouring a drink, or torching your own crème brûlée, there’s a timer associated with it. So not only do you have to do the task correctly, also swiftly as it will maintain their interest. Take too long, and they start looking at their phone. And that’s never a good sign. Do well, and you’ll be the romantic sweetheart of their dreams. Getting the date in the first place is almost too easy. Using the app, Blundr, you are presented with potential matches. You can flirt with them by initiating in small talk, asking or giving a joke, or seducing them. This is where the quirks start to show, and the wheels come off in Table Manners. While I can’t say you’ll spend a lot of time here, it’s an odd experience. There’s nonlinear conversations that don’t transition well. It’s a very jilted series of conversations, that often result in getting you blocked because you can’t properly change topics. The app is my least favorite part of the game, and while I get its intent, needed more time rising in the development oven.

There’s a handful of customization options, for your hand. You can select your nails, accessories, tattoos, and colors. It offers enough, and there’s lots of unlockable items to obtain. You’re graded on dates out of three hearts, earn enough to unlock new items to customize yourself. Table Manners supports sexual fluidity and preferences, allowing you to filter your dates to your liking. It’s this that I respect the most, and am proud of its representation. Table Manners gets the experience of dating half-right, capturing the nervousness and awkward conversation in totality. The in-game app meant to cultivate your relationship(s) often leads to disappointment or confusion. Unless you’re out to sabotage everything in the name of a good time, there’s not much room for fun or risk losing the relationship. When trying to do your best, the simulation and physics often get in the way. It’s certainly enjoyable for hours on end, but it doesn’t quite come together like it should.