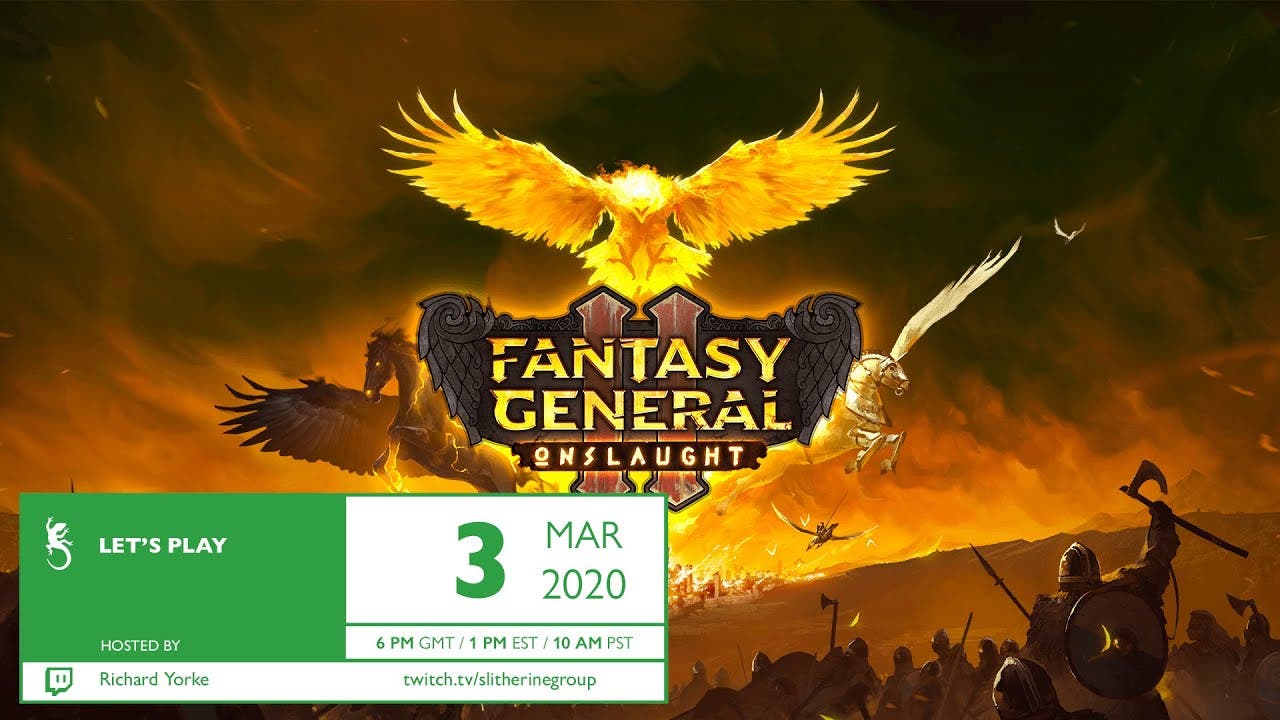 Did you think Fantasy General II was over? You couldn’t be more wrong. Today, British videogame publisher Slitherine and developer Owned By Gravity bring you Onslaught, the first DLC for Fantasy General II. This totally new campaign challenges the player to hunt for the Book of Krell and face The Unspeakable, a breed of horrid undead with many limbs and spiked tentacles.

Never the same battle twice. Built on 30 procedurally generated maps, the new Onslaught campaign branches out with new units and enemies with unmatched replayability: every time you start a new campaign, you’ll be fighting on a brand new map and facing totally different situations.

But keep your eyes up; the skies will be shadowed by new aerial units. Thirteen, to be exact, expanding the original Fantasy General II roster and allowing new tactics with units like the Eagle bombers, Pegasus Flamers, Monster Hunters and Firebirds.

What is Fantasy General II

New to Fantasy General II? Originally published in 1996, Fantasy General is considered one of the fathers of the turn-based strategy genre. In 2019, Slitherine, GOG.com and German developer Owned By Gravity teamed up to publish a new chapter of this classic game – new graphics, new campaigns, new heroes – but keeping the same feeling and full respect for the masterpiece of the 90ies.

Fantasy General II – Invasion was published last September and received praise and good reviews from both the media and players: on its Steam Page, the game has a “Very Positive” user rating, and on Metacritic, Fantasy General II has a Metascore of 80%. To celebrate the launch of Onslaught DLC, Fantasy General II will have a 20% discount for one week on the General Edition (including bonuses and the first two DLCSs, Onslaught being the first) and 35% on the base game and the Hero Edition.