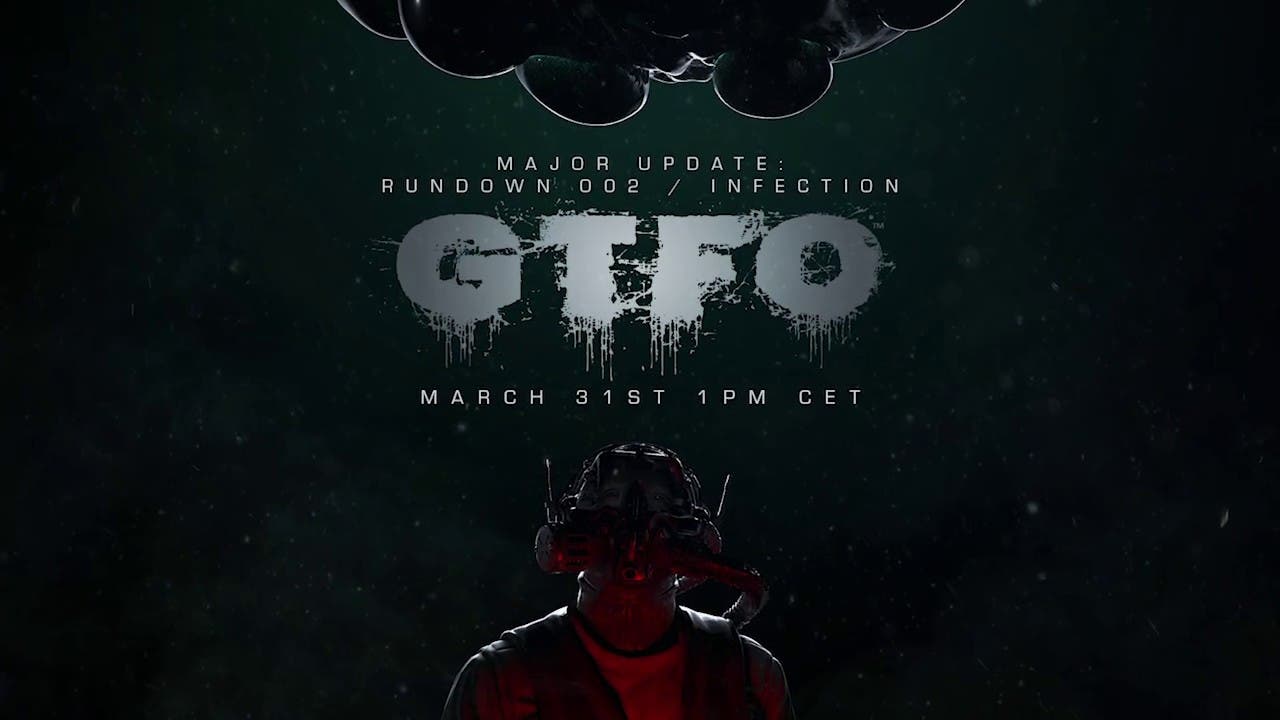 Swedish independent game developer 10 Chambers Collective – formed in 2015 by nine industry veterans known for titles such as PAYDAY: The Heist and PAYDAY 2 – released their first game GTFO, a 4-player co-op action/horror FPS, as Early Access in December last year. It’s been described as “Left 4 Dead meets Aliens”, and on March 31st it’s getting a massive update as a part of their Rundown concept, where the game is regularly updated with new expeditions (i.e. maps, enemies, etc.) that replace the previous ones. The new update, which has been in development since November, includes a new environment laid out over 10 new maps, new weapons, enemies and objectives – and today they are teasing it by releasing a developer playthrough of one of the new levels.

GTFO is a 4-player co-op action/horror FPS game, made for hardcore gamers looking for a challenge. The game takes place in a terrifying underground facility called “the Complex”, where your team’s survival relies on your ability to communicate, coordinate – and count your bullets, as ammunition is scarce. Today, they are showing a recorded gameplay session the developers had, revealing the first expedition of their next big update (Rundown #002), which will be named “Infection” – hinting its theme.

In the video, you can see the group of four put on the objective to locate a “TERMINAL_546” and from that, establish an external uplink. It’s up to the team to find out how to get to this terminal, GTFO doesn’t give any waypoints or name clues. This can involve looking for signs on walls and doors, and to type in commands on computers placed out over the maps, called Terminals.

“GTFO doesn’t hold any hands and places demand on cooperation from the start; communicate with your team to find out if they see any signs on the walls or doors, to make progress. On this particular level we’re playing in the video, a new puzzle is introduced where everyone needs to cooperate to establish an external uplink form a terminal. One team member will need to type in commands that are only visible on the screens of the three other players – who will need to shout them, while also combating an onslaught of monsters. It gets intense, as you can see in the video”, Ulf Andersson, founder of 10 Chambers, says.

Visible in the video are also two new weapons, a machine pistol, and a burst rifle. When it releases – and is made available free for everyone that owns GTFO – on March 31st, it will also include a total of 10 new maps, some of them needing unlocking, new enemies and objectives.

“The update will include 10 new maps in total but we’re trying out an exciting new feature as well, that we call Community Lock. When we release the update, it will have a number of the maps unlocked. When a certain number of people have completed the first batch of levels, the rest will be unlocked as well”, says Simon Viklund, co-founder of 10 Chambers. “We hope this will encourage even more help and engagement between our community members, which we have seen a lot of already – and we feel very grateful to have such a nice and friendly community.”

GTFO already has a very active community, especially on Discord where they’re one of the largest servers right now with over 175 000 members. This is used for people to find new team members as well as discussing the game or helping new people understand the game.

This new update, named Infection (Rundown #002), will be available March 31st, 1 PM CET, to everyone that owns GTFO Early Access.

GTFO Early Access is available on Steam for $34,99. The game will be regularly updated with new content.