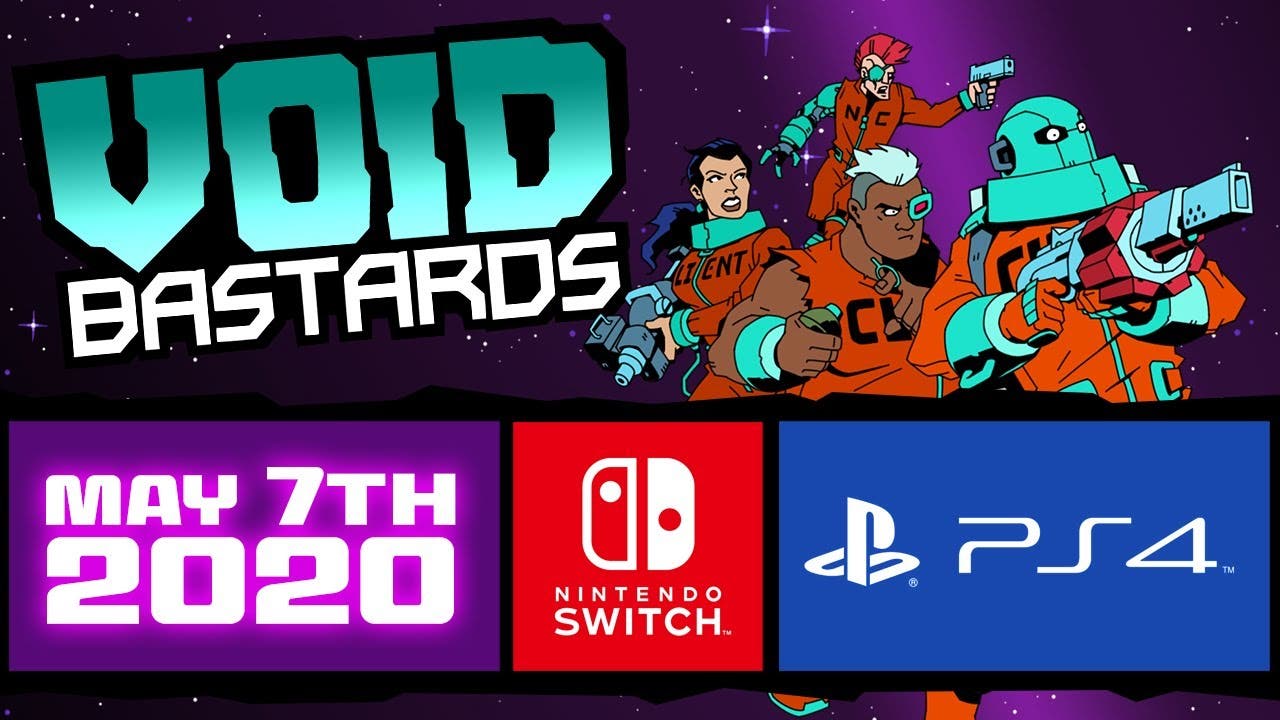 Void Bastards invades Switch and PlayStation 4 on May 7th

SAN FRANCISCO, CALIFORNIA – April 16, 2020 – Studio Blue Manchu and Publisher Humble Bundle have announced that Void Bastards will arrive on Nintendo Switch and PlayStation 4 on May 7, 2020.

Announced via Twitter, the Immersive Sim Roguelike from Irrational Games co-founder Jonathan Chey, is officially making its way to PlayStation 4 and Nintendo Switch on May 7th.

Originally released on May 29, 2019 for PC and Xbox One and currently sitting at a 88% Very Positive Steam Rating, “Void Bastards” has players take control of misfit prisoners of the Void Ark, each with unique traits, as they jump from ship to ship across the Sargasso Nebula scrounging for craftable gear, upgrades, and loot to ensure survival. Players are given a variety of options to make their way across the Nebula, from blowing up and looting everything in their path, sneaking around mutant citizens for key pieces of gear, or simply jettisoning everything into space.

The “Bang Tydy” DLC will also be available to purchase Day 1 for $4.99. Tydy DLC adds a completely new org to Void Bastards along with a dangerous new opponent, a brutal new weapon, three new ships to explore and the chance to gather much-needed heart starters to keep your client alive in the dangerous Sargasso Nebula! Can you figure out how to stop the Tydy bots stealing your oxygen (and picking up the junk you’ve been sent to collect)?

Read our review of this awesome FPS