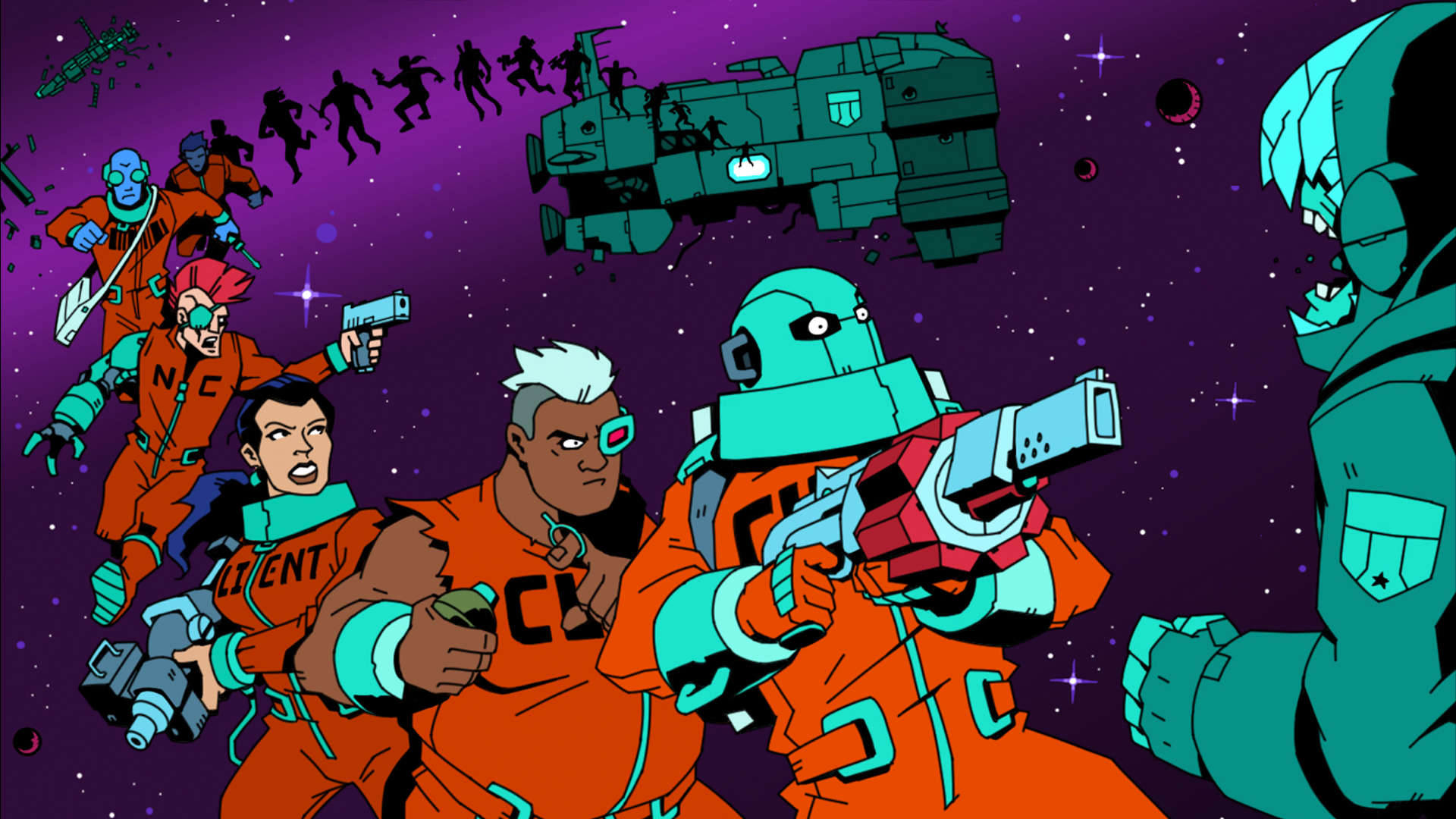 Void Bastards came out of nowhere with its announcement back in November, and it looked very promising. The final version has not been a disappointment in the slightest. Void Bastards is FTL meets System Shock while brimming with personality, dark humor, and a devilish charm by being equal parts entertaining and challenging throughout your journey. The gameplay is structured with a focus on the campaign that doesn’t feel like much of a roguelike, though it very much is one. Void Bastards is one of the best roguelikes around, and the most fun game I’ve played all year. 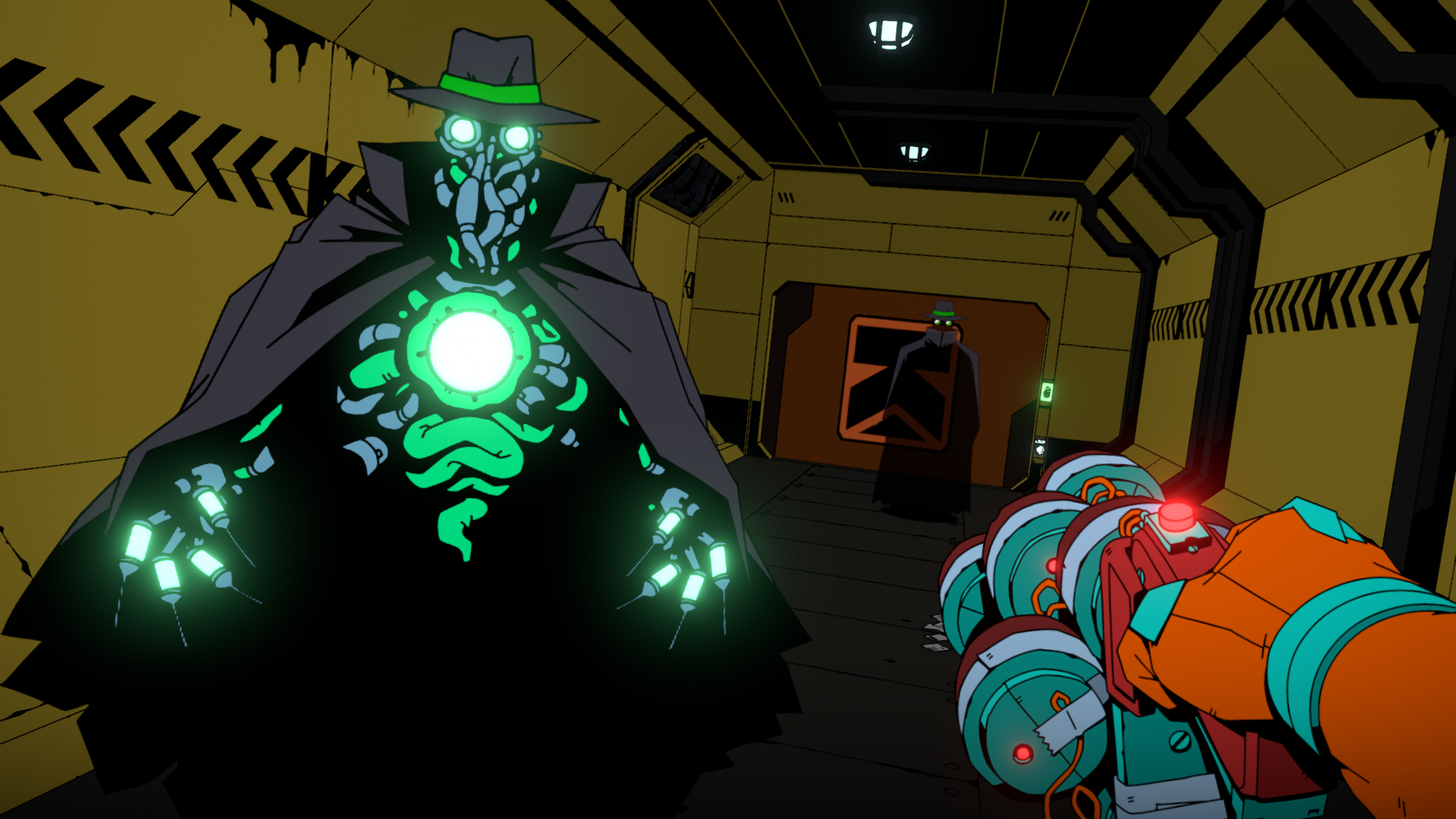 Void Bastards takes place within the fictional Sargasso Nebula where you must rebuild the Void Ark, a ship severely crippled and set adrift. You must fabricate a myriad of parts to restore the systems lost. Playing the game, you have the choice of how difficult, or not difficult it is. The campaign guides you in specific goals in order to progress the story, but beyond that you’re free to go and do what you please. This is a science fiction raiding game whereby you tether to ships within the nebula to steal anything and everything you can to help further your cause. There are points where you reach a story beat, but it’s a “two steps forward, one step back” kind of thing where you need to do another thing to move forward. It never gets annoying because you come to expect it, it’s just hilarious when it does. Blue Manchu have stated a run can take anywhere from twelve to fifteen hours depending on difficulty selected. My initial run lasted 320 in-game days, or 8.5 hours in real-time on normal difficulty. For those curious, you can continue from before completing the final action to continue through the nebula and complete all research options.

You play as one of an endless stream of prisoners who are working to reduce their sentence, or die trying. Their convictions range from the timid to weird, but all incarcerated for various space crimes. Each prisoner comes with their own traits, both good and bad, similar to Rogue Legacy. For one run, my character trait was that I was short. It had no real impact on gameplay, as I could still do everything as normal, it was just a hilarious and different perspective to have. Then there was the run where my character was colorblind, and could only see in monochrome. Again, no real impact but it made hard to tell if a door was open or closed based on the red or green lights. These traits are what makes the game, because there’s nothing funnier than having playing a prisoner who has an incessant cough that keeps alerting enemies as you try to raid a ship, and you find yourself telling them to “shh”. It’s things like this that make Void Bastards an immediate gem.

This is where the roguelike element comes in, when you die, you will assume the role of a different prisoner. No matter who, the goals remain the same. The permanence of your crafting and story progression is retained, as well as items you’ve collected to advance the story. The nebula has several depths, and when you die (because you will), you’ll restart at the depth you last made it to. You’ll get a supply drop that contains items necessary for a new run. I liken this to Rogue Legacy, but it feels like it has a more tangible and attainable progression. This being a roguelike with randomly generated maps that the levels take place on, the RNG definitely gets you, and that’s the way it is. Death never feels like the end, nor does it feel like a deterrent. In fact, I was always ready to get back in because of the progress I can make on any single run.

While there is a story, some incredible and ingenious weapons to craft, the ships are the star of Void Bastards. Before embarking onto these derelict ships, you’ll be given info about the ship such as the enemies onboard and what kind of loot you’ll find. It won’t be for a couple hours in, but you’ll see the ship types repeat. In that though, you’ll always know whether a particular ship will have a helm to give you data about the loot on the ship, or whether it’ll have nuclear bays. It should be noted that you can’t rush a ship run. While it is a race due to ever-decreasing oxygen, it’s not a marathon or sprint either. You can refill your oxygen, but ships come with many hazards like nuclear waste or electrical wires down. Sometimes ships have annoyances like being really smokey, or power regularly goes out. Other times, things are in your favor where enemies are not present, and/or security is disabled. The goal of raiding these ships is to restock on necessary things like fuel, food, and ammo. But there’s usually a pre-defined item on specific ships that’ll advance the story. Once you find it, you can leave. But it’s never this easy, as there will be many enemies to contend with. It’ll be up to you to know when to cut your losses (too many lost health points or erratic ship behavior) and bug out and head to the next ship instead.

Weapons are the co-star of Void Bastards. On every run, you’re required to bring a firearm, and indirect fire, and a device of your choosing with you. Firearms consist of items where you pull the trigger and some sort of projectiles emits from it. Indirect weapons are grenade type weapons that have a large area of effect damage, or do damage over time. Lastly, the device offers the most variety, and is a soft offense weapon. Weapon ammo always at a premium until you’ve had a “client”, or prisoner survive for several runs and you clear ships out 100%.

My favorite weapons that stuck out to me was the stapler, a shotgun-type weapon that’s perfect to use against patients, a series of swarming alien heads that chase you endlessly. For a while, I didn’t have a weapon that could adequately take them down. There’s going to be a lot of talk about the robo-kitty and its many upgradeable forms, it is a floor drone that seeks out enemies, and explodes when its health drops to zero. There are some enemies you learn how to deal with, but ones like Zecs and Screws are among the toughest. You can use the creative weapons to for great ingenuity, such as the rifter which can transport enemies anywhere within the ship, and then you can lock them out. Or you can put them in an airlock and send them out.

The nebula map is a branching tree of choice, though it only lets you see so far forward. It gives you a lot of vital info, like how much food, fuel, ammo, and materials you have. Later game entries will tell you have if you have warp keys to jump to any point you can see, or torpedoes for defense of space whales and pirates. Merits play a big role in the game, serving not only as a monetary currency, but an authorization currency to override turrets and security protocols. You can then take that money to Krell Marts, or shops to buy items, or sell unused items for more money. There’s nothing worse than being short on merits to override a rocket turret that can do massive damage in a short amount of time.

If there’s one thing I could complain about, is that Void Bastards never teaches you how to deal with enemies. There’s something to be said about figuring it out for yourself, like letting the tourists get close, then running away as they explode on their own. But the one enemy type I’ve never been able to overcome, were pirates. Pirates will chase you through the nebula map, and board the ship you board. You then have to disconnect a tether in order to even leave. But then there’s the pirates that are still onboard. It’s just not quite clear, and always overwhelming. All in all, the discovery that Void Bastards offers in all facets is truly rewarding.

Crafting is another tent pole of the game, that is used to make you stronger and more powerful. You use materials to make parts, use parts to fabricate workbench items. Early on you’ll gain access to locate mode. Locate mode let’s you specifically pinpoint something you want to find to help build a particular weapon. Materials consist of bio, data, plaz, slag, and volts to create parts. At the end of a run on a ship, you’ll take the fuel and food, then dismantle whatever items you’ve looted into materials. These materials feed into something for parts to make better systems. The wheels of momentum never stop spinning.

The game just has an amazing comic book look that grabs you from the get go. This extends to not only visuals, but audio where it’ll put up comic book words for the sounds enemies make in and around the area. It helps that the cutscenes and in-game visuals match one-to-one, so it feels cohesive as you transition between them. Void Bastards has a narrow FOV, which never induced my motion sickness, but it’s something that could be problematic for others. So merely take that as a word of caution for now. Hopefully there will be a FOV slider in a future patch. The game is constantly auto-saving, so you can pretty much quit whenever except when onboard a ship. Which, for a roguelike is very generous and welcome.

Void Bastards is among the very best of the genre, and my favorite game of the year so far — it’s an instant classic. It’s as if you have infinite lives, and upon death you realize your save is 15 minutes old. Sure, you can’t pick up from where you left off, but it’s never anything to feel defeated about when you have to start anew. Blue Manchu has thought of everything when it comes to its systems and how they interact with each other. Centered around the story and progression, this is a wonderful experience. Without hesitation, Void Bastards is exceptional in every sense of the word.