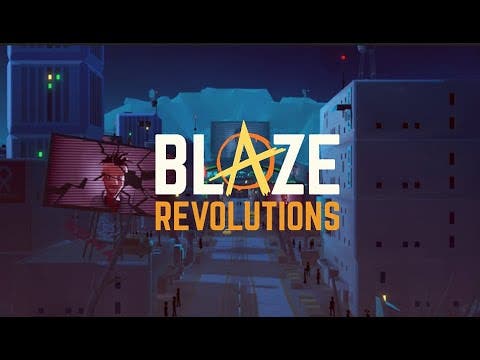 Developed by Little Chicken Game Company, Blaze Revolutions is an RTS set in a dystopian future, where the totalitarian SomaCorp surveys all, pollutes the environment and rules through misinformation campaigns. It’s up to you to cultivate your product, hack drones, evade SomaCorp surveillance and manage your resources as you turn this grassroots movement into a Revolution!

Aside from being an RTS with stealth and economic management mechanics, Blaze is a thriller with a deep narrative and strong character development about the effects of big business and government corruption on our planet. Our environment is suffering from pollution, small businesses are going under as big corporations grow increasingly stronger, and governments are tightening their chokehold on the common man. The revolution is industrial, as well as social: Blaze Revolutions envisions a future where society rises up and creates idyllic enterprises using the natural resource of hemp!

“We know things are tough right now, to put it mildly, and we wanted to spread a message of hope and joy, of people helping each other out during times of crisis,” said Little Chicken Game Company Lead Developer, Erik Kors. “Blaze Revolutions is an inspirational game about a community coming together in a dystopian world where mega corporations have society under their thumb. But there is hope! Join the grassroots movement in Blaze Revolutions and experience how stepping out of the city and into simplicity can cause a revolution.”