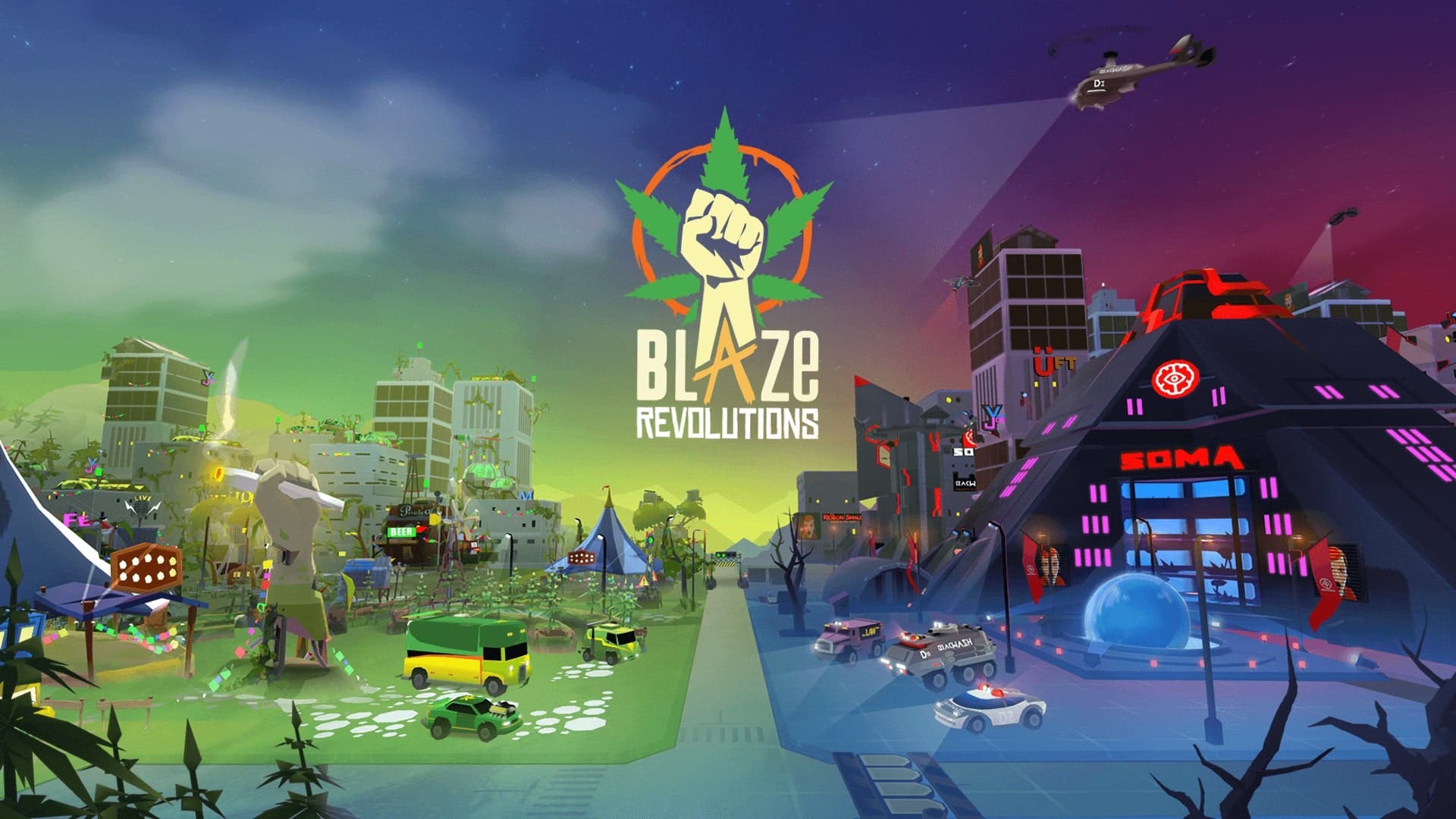 Blaze Revolutions is one of the most inventive RTS’ I’ve ever played. It’s also one of the buggiest and most incomplete, too. For every cool or unique idea Blaze Revolutions has, there’s some sort of step back or problem that goes with it. This is a game in serious need of fixes and improvements from developer Little Chicken Game Company, yet I still managed to enjoy what I could of Blaze Revolutions. 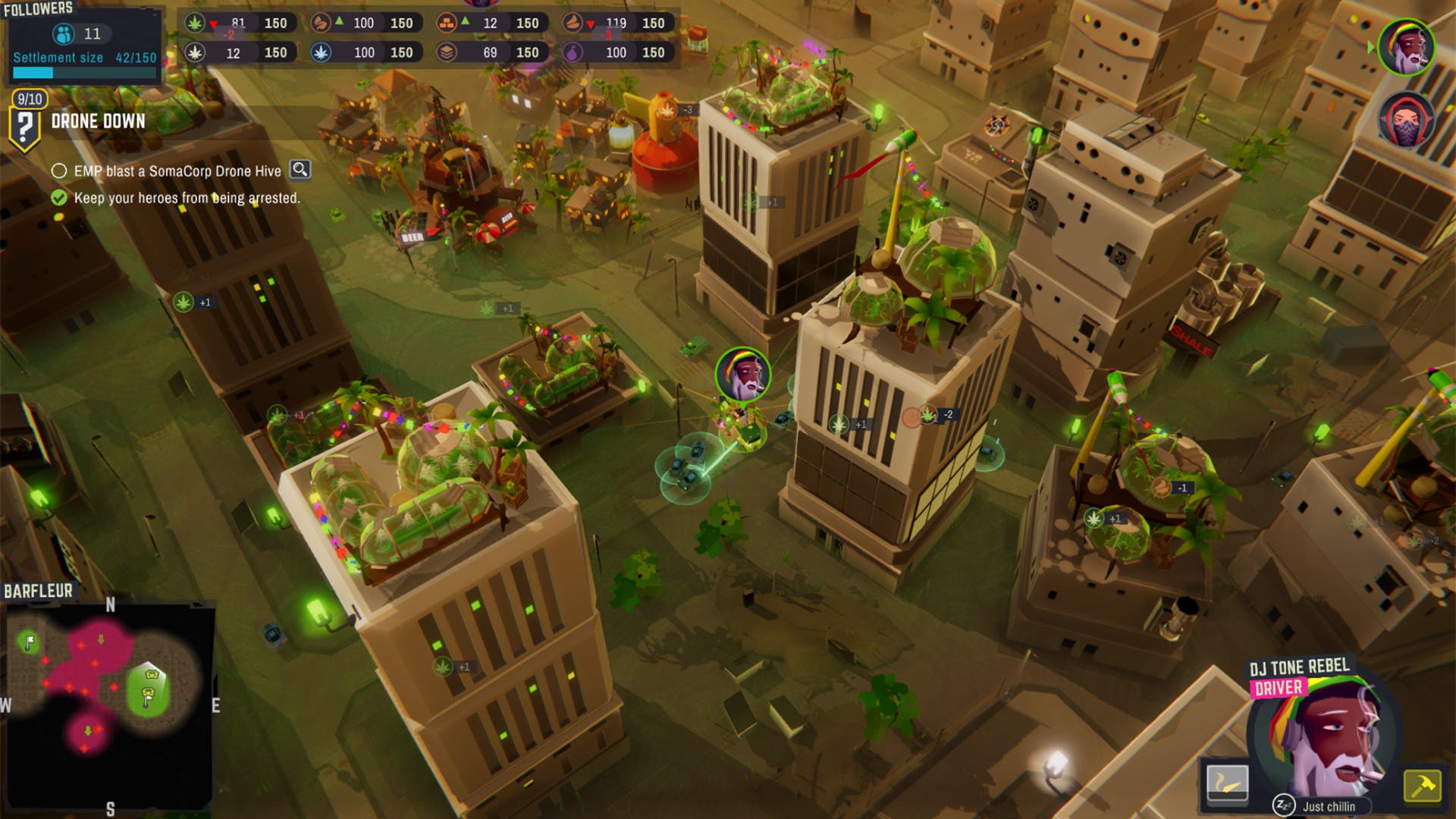 The game focuses on the titular Blaze family, where you play as both Janet and Winston Blaze. Their father’s been kidnapped by baddies from a mega corporation known as SomaCorp. They’re a multifaceted digital and real-world threat. Using what you know to fight back, you’ll work to start bringing SomaCorp down, one city at a time. Borrowing influences from “The Matrix” and “Ready Player One”, Hooverstate thrives in VR after all the trees have died and the air has gone stale. It’s a new way of life for people to find some kind of normalcy in this world to keep them happy. This of course compounded by the use of marijuana, and the mega corporation has quite the disdain for it.

While Blaze Revolutions is labeled as an RTS, I’d say it’s more an RTS-lite. Sure there’s base building, production, commanding units, and it all occurs in real-time but it’s still on a smaller scale than any other game you could think of in the space. The units you control in the game are only ever hero units, and at maximum two units at a time. Never do you control any others, as they work autonomously either by following you or doing their own thing. It’s neither micro or macro-management, it’s meso-management. It sits right in the level of maintaining buildings, defenses, and ensuring that your hero units never get caught. It’s rather stress-free and engaging, but you can still lose by not completing an objective in time, getting arrested by being swarmed by cops due to getting a three-badge wanted level like in Grand Theft Auto, or failing to meet some other objective.

The name of the game is cannabis, but there are four tentpole’s to the game’s mechanics and what it’ll ask of you during any given mission. There’s stealth in which you must tail or sneak through a heavily guarded area with one more units, utilizing special abilities. Then there’s production where you must beef up your output. Next is influence, which pairs with production usually, in which you take over areas by smoking weed with people and then they join your revolution. Lastly is protect, where there are times you need to defend yourself from SomaCorp bots and drones from destroying your crops. There’s enough variety here, and each mission tasks you with different things, that it never overwhelms you at any point.

In time, you’re learn what each production item does in your base, and how it helps you. It won’t be long before you know the difference between manufacturing sativa, indica, hybrid, and even hempcrete. Not every mission will ask you to produce anything, but on the ones that do, are very specific in their tasks to remain focused. There’s a true sense of progression with each mission, and it culminates in the final missions by asking you to put it all together then. 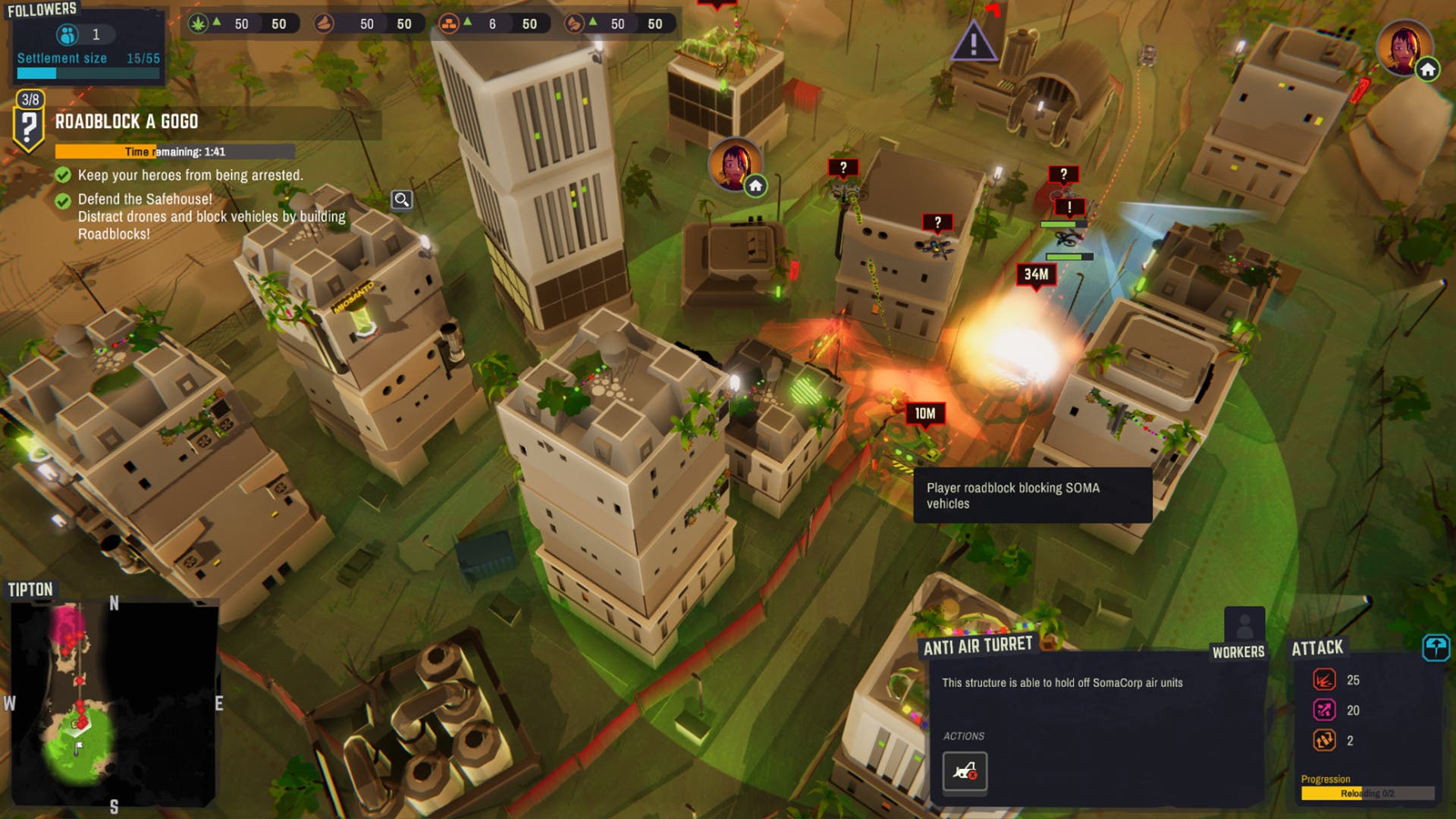 Blaze Revolution‘s twelve missions will take you around six hours to complete. For me though, I encountered a game-breaking bug where the final enemy of the mission was to appear for me to follow, but they never did, I “lost” them and the mission. And this was in a mission where it has several segments that took me over an hour to get to the final stages for. It was incredibly disheartening to restart it. I found a lot of the dialogue and even character names too on-the-nose with the weed references. There’s even a Bill Cosby joke in there that didn’t quite land, though I get what the writer was going for there.

For a PC game, this feels like anything but. The game’s main menu says “Alpha Build”, even though it left Steam Early Access, and is fully released. I’m not in a beta branch of any kind (nor does any exist), yet those words are there. In the settings, there’s a controls option, but it only shows you a controller and none of the keybinds. It’s intuitive to pick-up along with the tooltips, but feels very odd as this isn’t on consoles. Due to the lack of settings, there’s no way to speed up zoom in/out, which is incredibly slow and fidgety. It’s even a chore just to save the game. Now, to the developer’s credit you do have three manual save slots along with autosaves. But in order to overwrite a save, you have to manually delete the old one first. It’s an unnecessary added step that I don’t understand. Some of these issues are quality of life changes, but are ones other RTS’ have solved over a decade ago. 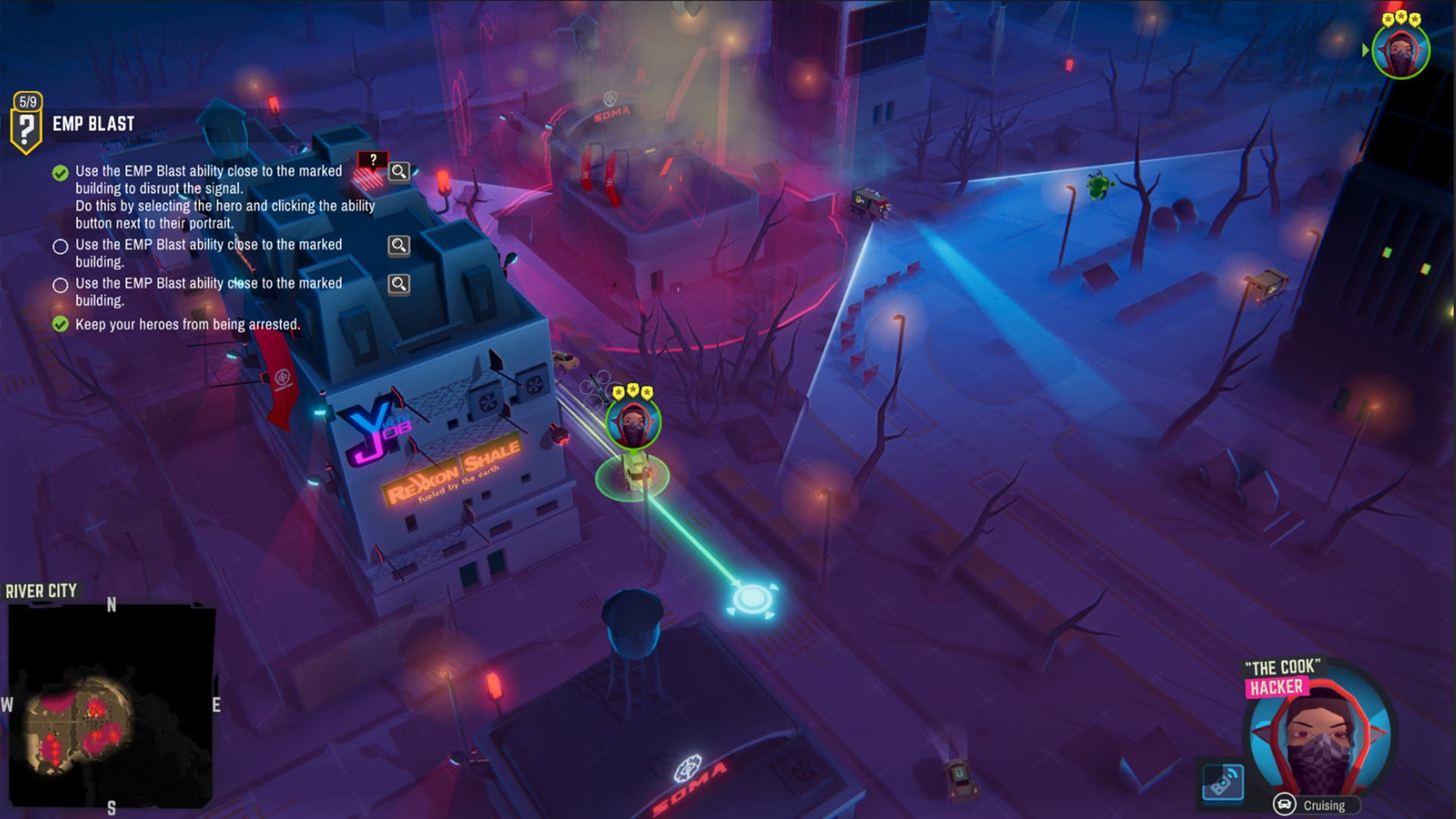 Blaze Revolutions is a genre-bending RTS that’s as colorful as it is unique. It just fails to come together like it should due to game-breaking bugs, overall lack of polish, and it feeling unfinished even after its time in Early Access. I still enjoyed a lot about this game, but there’s too many issues to recommend it currently. If anything, get this at a deep discount. Blaze Revolutions is a disappointing, but relaxing real-time strategy game with some clever ideas that are never fully developed.