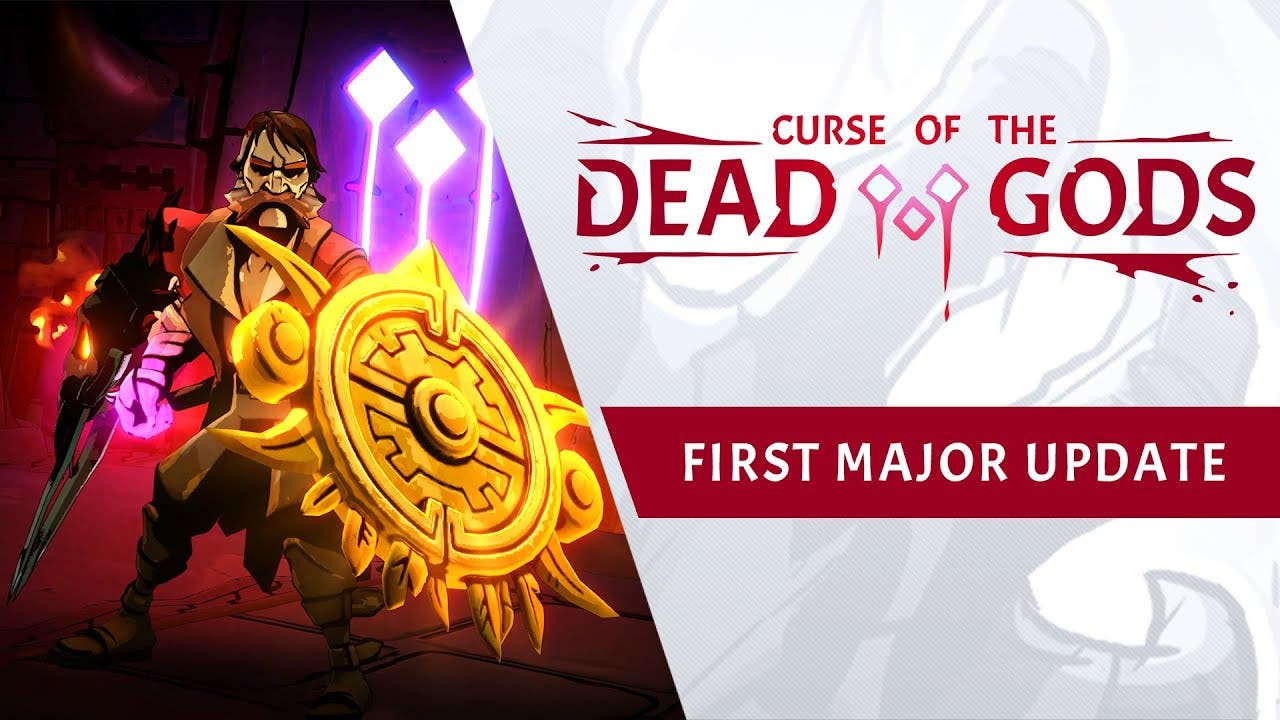 Curse of the Dead Gods receives its first major update in Early Access, the “Cursed Temple”

PARIS — April 23, 2020 — Passtech Games and Focus Home Interactive have released the first free major content update for the rogue-lite action game Curse of the Dead Gods, currently in Steam Early Access for PC. The “Cursed Temple” update delivers new challenges imbued with fresh curses, weapons, relics and modifiers for you to take on.

The Cursed Temple brings new ways to play with the debut of the deadly Eternal Curse modes, a series of highly replayable thematic challenges with special modifiers (e.g., a constant speed increase buff, taking less damage in the shadows, or playing with a retro display). But there are side effects, so watch out! The update spices things up even further by doubling the number of available curses, increasing room and weapon variety, adding a number of fixes and balance changes, and more.

Curse of the Dead Gods is a fast-paced action game featuring intense combat challenges and a variety of powerful weapons, treasures, abilities and bosses to master. Venture deep into accursed labyrinths and slay the false deities, but beware the corruption building inside you with each step forward — these curses promise great power, but demand a high price…

The Dead Gods team is committed to bringing frequent new additions and improvements to the early access community. Upcoming updates include the poisonous halls of the Temple of the Snake, which will feature even more mechanics, weapons and adversaries to discover.

Curse of the Dead Gods is also in development for consoles. For more information, visit https://curse-of-the-dead-gods.com.