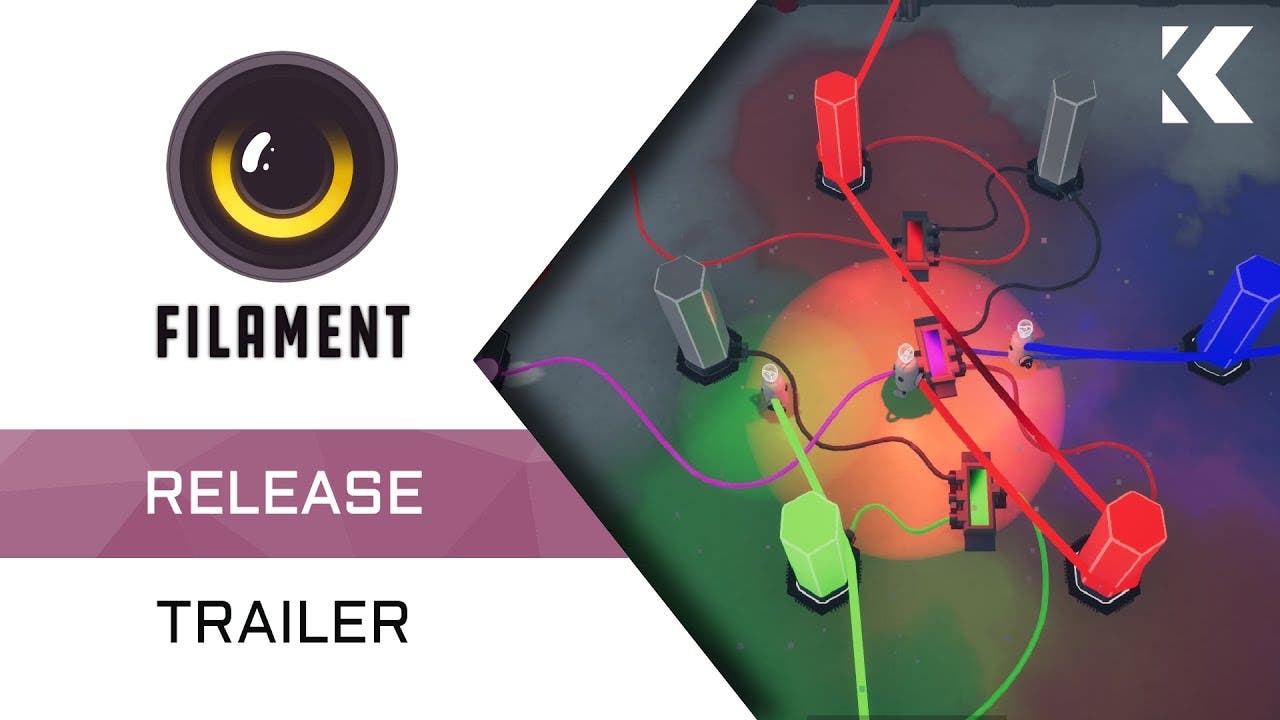 The crew of The Alabaster, one of The Filament Corporation’s flagship research vessels, are missing.

With only the help of Juniper, the ships stricken pilot, you must use your wits and problem-solving abilities to solve over 300 mind-crunching cable-based puzzles as you search for the truth.

Players can also make their mission loadout complete with the digital deluxe package – The Marmalade Edition!

The Marmalade Edition includes the base game, the stunning original game soundtrack featuring all the tracks from Filament, as well as the deluxe edition exclusive artbook – ‘Marmalade’s Sketchbook’.

The sketchbook gives the artistic insight of the eponymous crew member, including original developer sketches of actual in-game puzzles and objects from around the Filament Corporation ship.