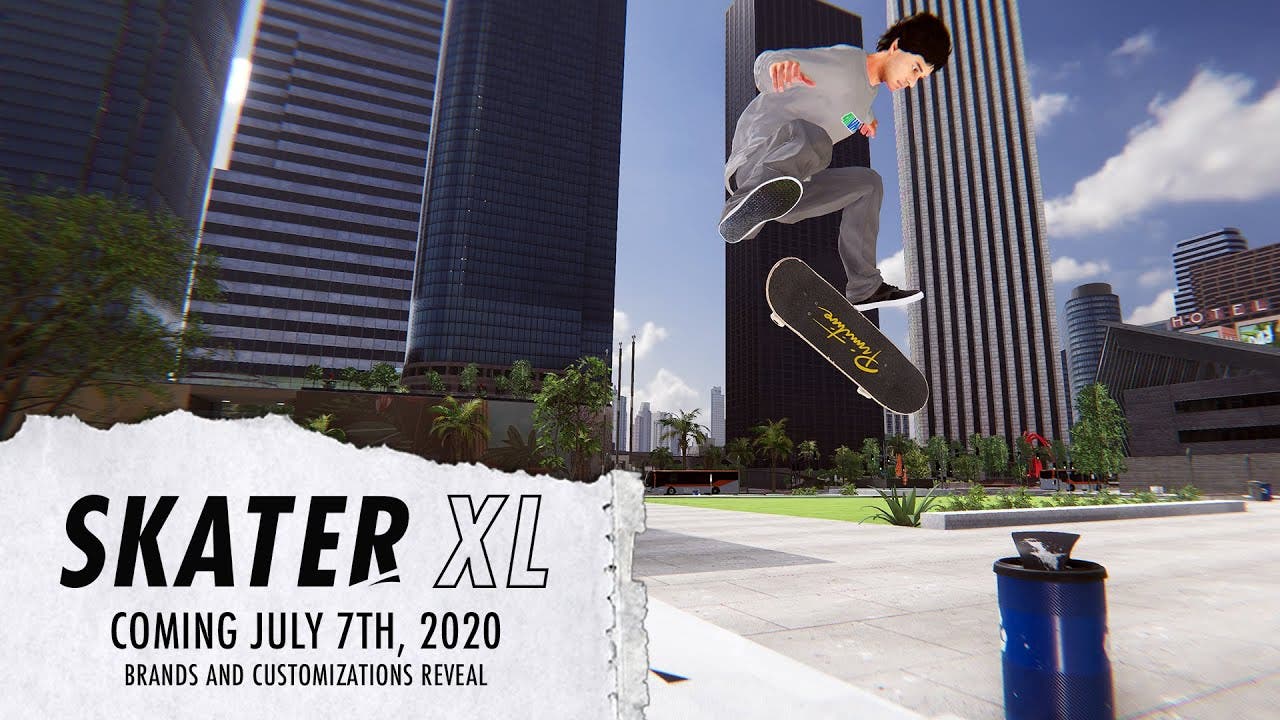 Skater XL gets a July 7th release date for PC and console, watch the new trailer featuring brands and customization

LOS ANGELES, CA – MAY 5, 2020 – Easy Day Studios announced today that Skater XL, a game that delivers unparalleled access to skateboarding culture, will be launching on July 7 for digital release on PlayStation@4, Xbox One, Nintendo Switch and PC, and to brick and mortar retailers on PS4 and Xbox One. Preorder for Xbox One and PlayStation@4 discs is available now at select retailers. Click HERE for more information.

Skater XL is the first skateboarding game to come to all major platforms in more than 10 years and offers complete physics-based gameplay with total freedom of control and expression. Play as skating icons Tiago Lemos, Evan Smith, Tom Asta or Brandon Westgate on your way to becoming a skateboarding pro or build your own character with unique characteristics and authentic gear from top skateboarding brands.

Create, combine, and style tricks as you hit Downtown LA and other iconic California locations where street legends have left their mark. Dive into the digital skate subculture with more than 60 real skate spots connected by block after block of plazas, schools, pools, buildings, car parks and corridors. With a huge modding community that has created thousands of maps, digital skate ezines, personal highlight reels, in-game brands, and tournaments, Skater XL celebrates the creativity and dedication of the skate community.

Skater XL will launch on July 7 digitally on PS4, Xbox One, Nintendo Switch and PC, and at brick and mortar retailers for PS4 and Xbox One. More announcements will be coming soon for Skater XL – be sure to follow the game on Instagram and Twitter, “Like” us on Facebook, and visit the official website, SkaterXL.com.