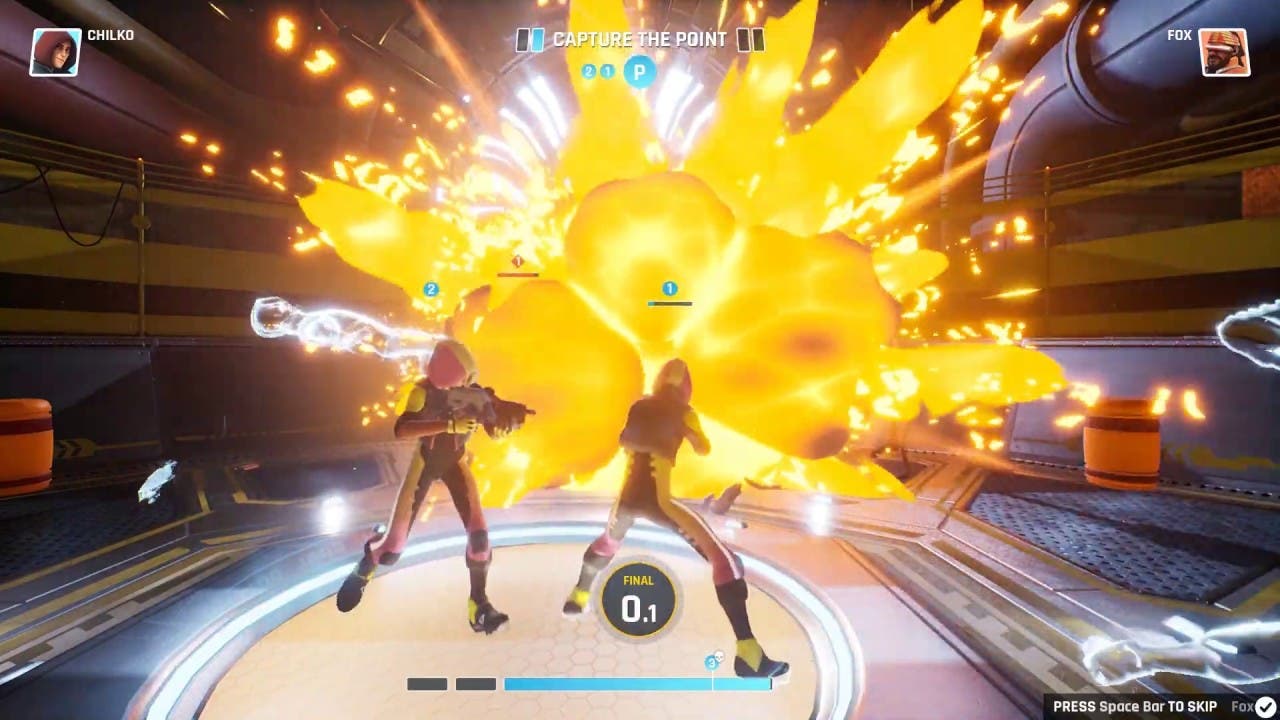 Quantum League is a revolutionary Time-Paradox Shooter where players battle within a time loop, tactically team up with their past and future selves in mind-blowing 1v1 and 2v2 matches. Thinking ahead in time is key to outsmarting your opponents and where strategic teamwork with yourself is essential in this arena shooter. Quantum League challenges players to take into consideration where they were and where they want to be to make that final winning shot.

Quantum League is an original IP from Nimble Giant Entertainment set within an alternate universe where time travel has changed the face of professional sports as we know it. After a widely popular Open Beta in late February, the game is now launching in Early Access with new features, content, and improvements, including the all new Quantum Academy, casual and ranked matches, new maps, night mode, and weapon feel improvements.

“With Quantum League we tried something unique: adding time travel to an online first person shooter. In the game, beating your opponents is all about thinking one step ahead, utilizing your time-clones with keen strategies in fast dynamic competitive matches. It’s going to be interesting to see how players adapt to going back in time to try and influence the future outcome.” Said Balthazar Auger, Lead Game Designer at Nimble Giant.

Quantum League is available now on Steam Early Access for PC with a 15% discount for launch week.