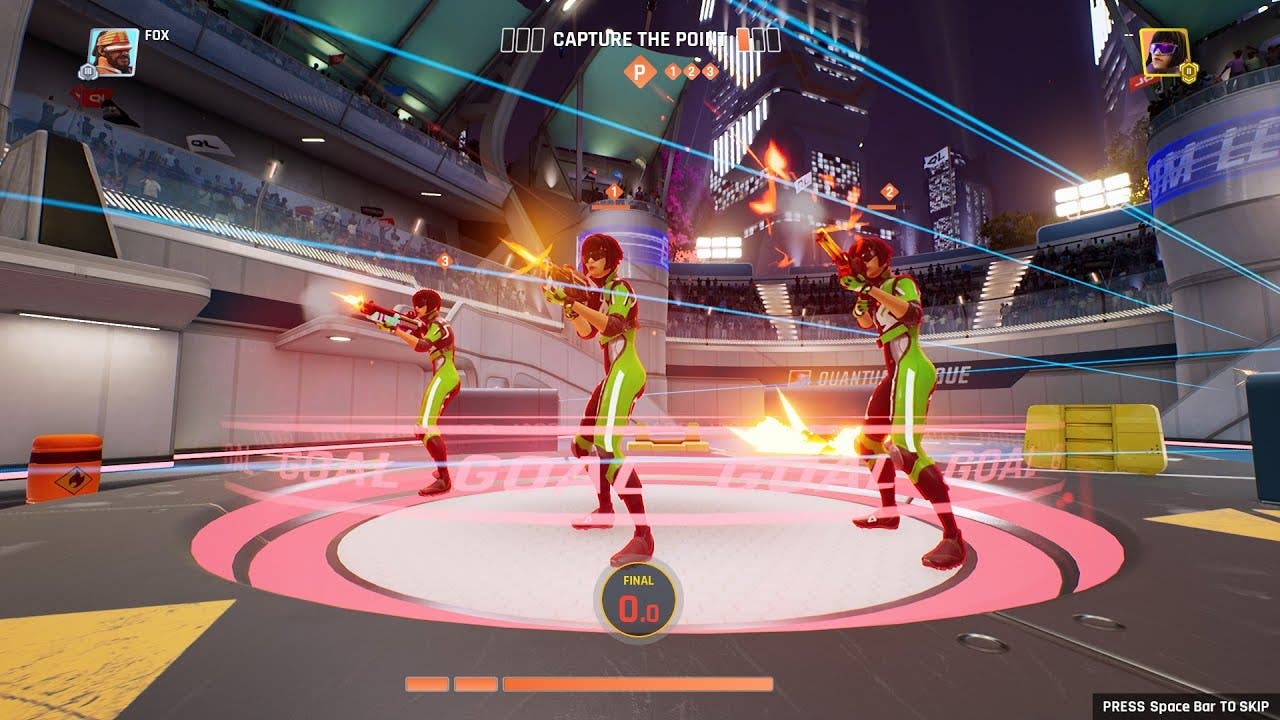 Quantum League is a revolutionary time-paradox shooter: a competitive online FPS where players battle within a time loop, tactically teaming up with their past and future selves in mind-blowing 1v1 and 2v2 matches. Nimble Giant’s innovative shooter takes place within an alternate universe where time travel has changed the face of professional sports as we know it. Since its release in Early Access in May 2020, the game has added new game modes like Domination, new maps, true ADS, and time-bending abilities unique to each playable character.

These abilities add a new layer of depth and strategy to the game while supporting  more varied play styles. Now, players will be able to move faster while desynced from the timeline when they play as Jackie, or select Levka to get a glimpse of the potential future actions of their opponents.

Quantum League’s unique time-looping mechanic brings innovation and strategic depth to the online shooter genre that encourages players to think ahead. Agility, speed, and strategic time-clone teamwork are essential in dynamic, fast-moving arenas where players must take into consideration where they were and where they want to be if they’re to make that final winning shot.

“Both the Beta and Early Access phases for Quantum League have been instrumental in shaping the game as we move the title towards launch,” said Facundo Hermida, the game’s Lead Designer, and Director. “The community feedback from players has been amazing, and we are very proud to be shipping a truly innovative game, bringing something fresh to the multiplayer shooter genre.”

Quantum League’s evolution from an early prototype showcased in the Experimental Gameplay Workshop at GDC 2018 through to Early Access and its forthcoming launch is testament to the ideas and importance of its passionate community. Developer Nimble Giant also has plans to add even more content at launch in April with a whole new arena added to the roster.

To celebrate leaving Early Access, Nimble Giant Entertainment is introducing a 50% discount on Quantum League for a whole weekend until March 15th.