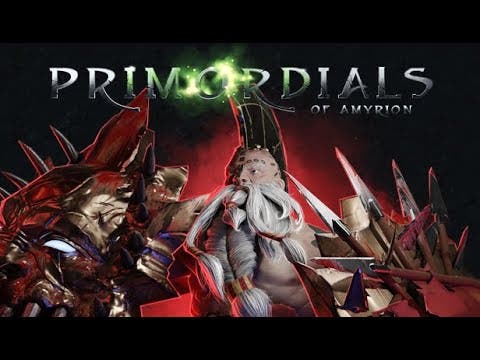 WIREGAMES Publishing and GD Entertainment, today released an all new gameplay trailer for their upcoming tug-of-war multiplayer online battle arena title Primordials of Amyrion. Players can deploy a multitude of strategies using a wide variety of units across multiple armies as they upgrade their buildings, champions, minions, and primordials to turn the fog of war in their favor in this unique 1v1 battle arena.

Primordials of Amyrion will be featuring an upcoming Alpha playtest date on both the Steam and Epic Games Store.

Wishlist on Steam and the Epic Games Store today or join our Discord.  Gain access to the Alpha starting June 10th by signing up here: https://primordials.game/6wuhr7enpmtsbxx34bk4wr/