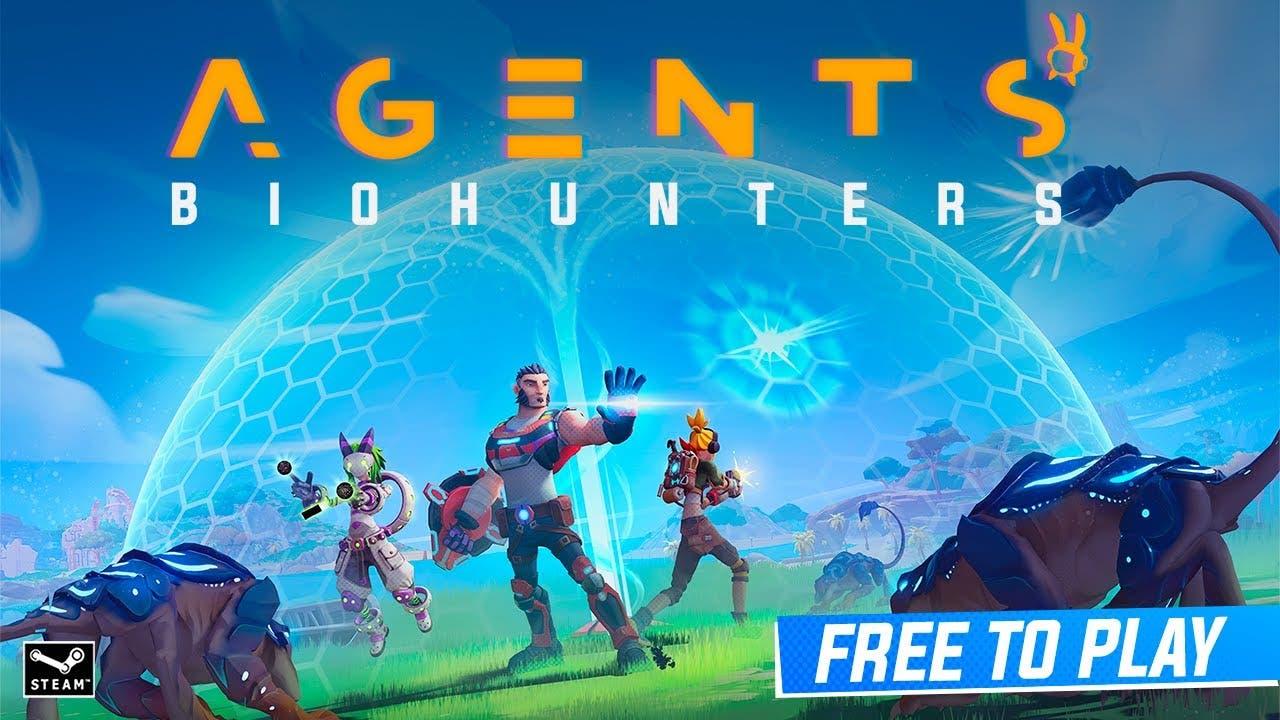 Barcelona, Spain – June 5th, 2020 – Barcelona based game developer Playstark today challenges hunters from around the world to team up and begin tracking down their monster prey in Agents: Biohunters. Taking control of heroic Agents, players must work together to outwit the opposing team and capture colossal creatures in this free-to-play team-based shooter/monster-hunting hybrid as it launches today in Early Access.

Agents: Biohunters is a 3v3 shooter that takes place in a vibrant but deadly world where teams of Agents fight it out against massive creatures as well as each other across multiple biomes. Each Agent wields a unique weapon and harnesses game-changing abilities to help them take on waves of enemies. Teaming up with two fellow Agents, players go head-to-head against another team of three as well as using their skills and powers to kill smaller creatures before working together to capture massive bosses. The gameplay is fast-paced and tactical, with players able to summon a motorbike to help them get across the map at speed and rapidly get into the fight.

Players can choose from a roster of Agents in Agents: Biohunters, each with their own unique skills and play styles including Tank, Support and DPS. The game features six unique Agents at launch including April, a raw recruit with the skills to back it up being quick on the move as well as fast on the trigger; and Witta, a combat medic-style support encased in a magma mech with a crossbow that fires molten lava. Players level up and gain XP by slaying creatures, taking down massive bosses and completing objectives.

Playstark’s small team has big plans to bring even more agents to the fight during Early Access. A roadmap of content updates including new maps, enemies and motorbikes is planned. New game modes are also planned including ranked matches.