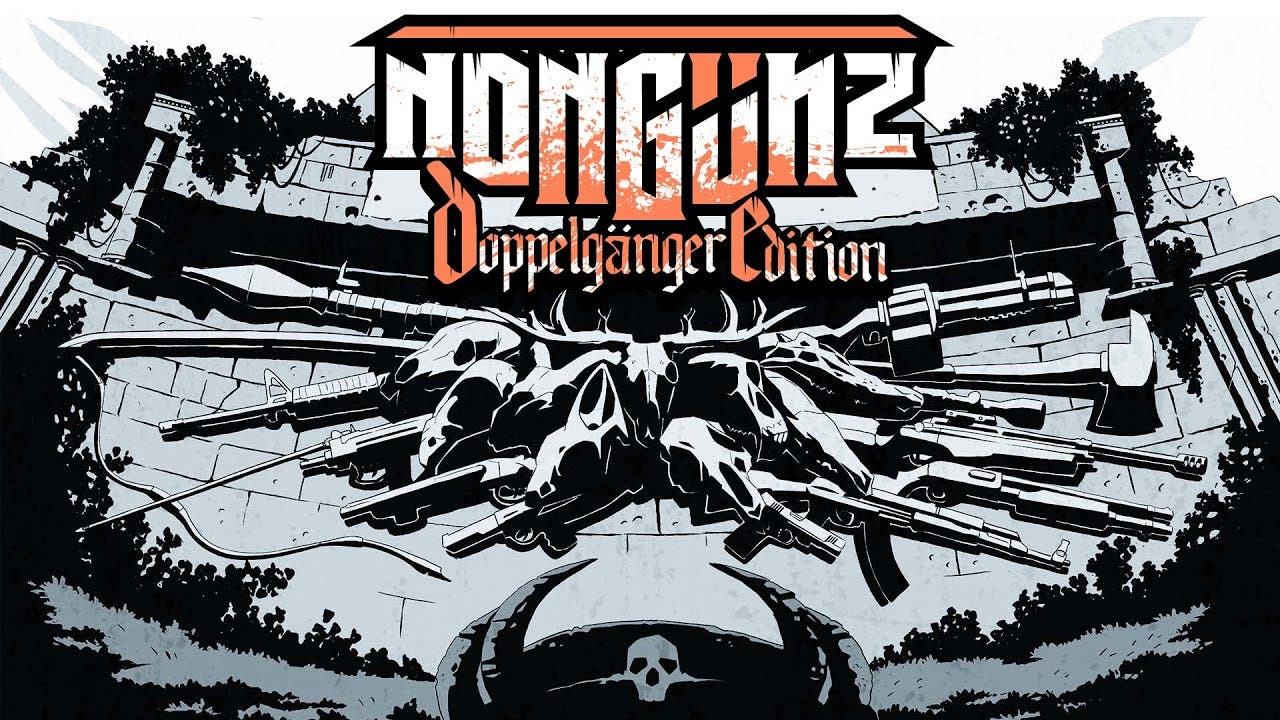 Nongunz: Doppelganger Edition announced, will be a full remaster of the 2017 original, releasing later this year

A demo for Nongunz: Doppelganger Edition will feature as part of the upcoming Steam Game Festival, which runs from 16th – 22nd June, and will be downloadable from the game’s Steam page: https://bit.ly/NongunzDE_Steam

A closed beta is also planned and anyone wishing to participate can submit their details now to the sign-up form: https://bit.ly/NongunzDE_BETA

The enigmatic Nongunz first launched on PC in 2017, with PS4 and Switch versions planned to follow. However, when Sindiecate – the game’s publisher at the time – vanished without a trace, the future for Nongunz and the planned console versions looked uncertain.

Following a chance encounter with Brainwash Gang at 35,000 feet (they were on the same flight), Digerati jumped at the opportunity to sign Nongunz and is thrilled to be able to give the game the full release it deserves across PC and, for the very first time, console.

“The Doppelganger Edition adds a co-op mode and a new arena mode. We have also tweaked some enemies in order to greatly lower the player’s suffering. We hope console players will welcome it as a challenge, as we know it is one of the hardest games to beat in the market.

“That being said, our goal has always been to make a 100% fair game, so it is in the players’ hands and ability to complete it and share their knowledge about the game.”

Nongunz is a nihilistic action platformer roguelike. Obscure in both gameplay and theme, Nongunz is a riddle that demands sacrifice. Completely rebuilt in Unity, the Doppelganger Edition is a remastered version of the original, featuring two all-new modes: Arena and Local Co-op.

Each run will have you parting from a black and white graveyard into an ever-changing gothic dungeon full of nightmares fleshed out of human viscera. Surviving this distraught roguelike will not only require skill but style, since Nongunz rewards you for long-lasting combos and challenges… moreover, score will play a key role in the progress of the idle game: the formation of your very own band of lost souls and death cultists.

As the world of Nongunz evolves, you will meet special characters that will inhabit your graveyard: praying cultists, self-scourging martyrs, somber gravediggers… which will either help you widen your killing skills or improve the performance of the insidious idle game built around the graveyard.