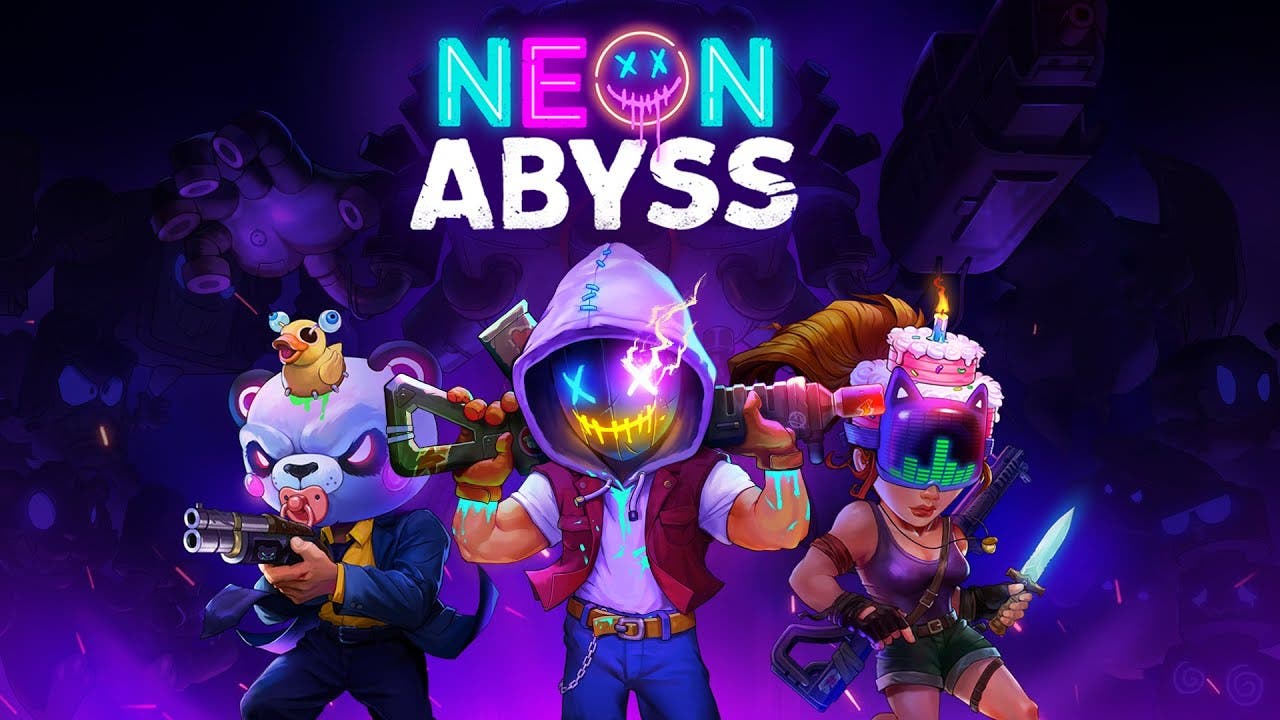 Neon Abyss, the luminous dungeon roguelite comes to PC via Steam and GOG, PS4, Xbox One, and Switch today

Tuesday, 14th July 2020 – Team17 and Veewo Games are excited to announce today’s launch of Neon Abyss on consoles and PC. In the ever-changing and fast-paced world of Neon Abyss players face off against the New Gods, monstrous bosses formed from modern day venerations and obsessions, including mobile video, plushies, and fast food. As they fight their way through the descending and dynamically generated levels of the Neon Abyss, arming themselves with some of the 400 plus items, players will lay waste to hundreds of twisted enemies, encounter rooms of mini games, and hatch and evolve pets that help them on the journey into the depths below.

Featuring deadly roguelite gameplay and an evolving environment that changes as players choose specific upgrade paths for their characters, no two dungeon runs will be the same: the layout, enemies and challenges will all be different, while players will continually be better equipped to battle against what lurks in the Abyss. For those wanting a taste of the action before they jump in with both feet, demos are available for both Steam and Nintendo Switch.

“After years of hard work, Neon Abyss is out in the wild. Alongside Team17 we’ve worked tirelessly to ensure players enjoy every second they spend enacting Hades’ will in the Abyss. We’re excited to see how players tackle the constantly changing labyrinth as part of the Grim Squad, forge item stacks and synergies we’ve never encountered, and take down the modern-day gods.”

“The time has finally come for players to dive into the Abyss and explore the everchanging depths the New Gods call home. As they equip themselves with outrageous weaponry and hatch their own personal companions, we’re sure the vibrant world of Neon Abyss will keep gamers coming back for more over and over again!”

To keep up to date with all the information on Neon Abyss please like us on Facebook, follow us on Twitter and join us on Discord. There are demos available both on the Nintendo Switch™ and Steam store.