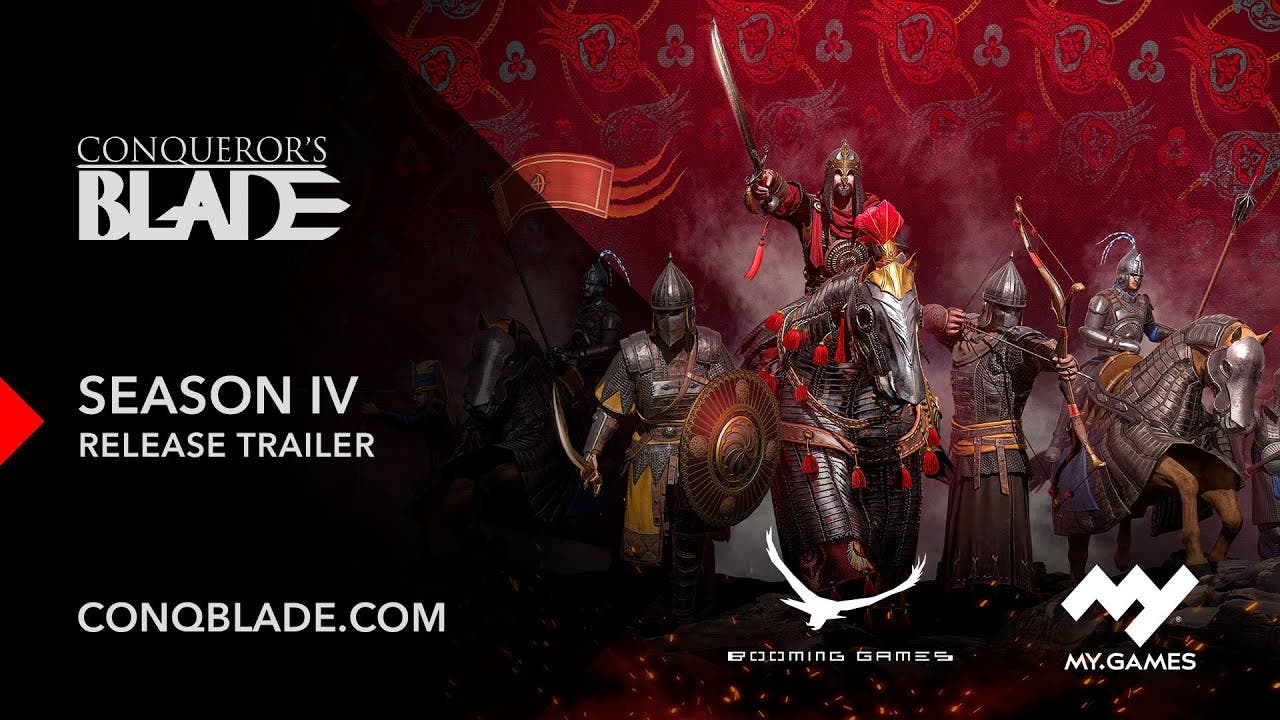 Tuesday, 21 July 2020 — Global publisher MY.GAMES and developer Booming Games are proud to deploy “Season IV: Blood of the Empire”, the latest content expansion to the popular medieval war MMO Conqueror’s Blade. The forces of the Anadolou Empire have arrived, and they will stop at nothing to attain victory in Season IV, now available as a free update.

Commanded by his majesty Sultan Fatih Suleyman IV, the armies of the Anadolou Empire are fiercely loyal and wield battle prowess beyond measure. Players can wage war in the Season IV Campaign over the coming weeks as the Sultan marches on the Conqueror’s City. They can also purchase the Season IV Battle Pass to unlock incredible new rewards, including season-exclusive attire inspired by the ascendant Anadolou Empire!

The road to the Conqueror’s City is fraught with strategic footholds vital to the Sultan’s campaign. Now available in Siege Battle rotation, the nigh-impregnable fortress city of Reginopolis has stood the test of time, but may yet fall to more determined warlords… Coming on August 18, engage in Field Battles By Land and Sea as the Sultan’s focus shifts to seizing golden bays and harbours.

The Sultan’s armies form the blood of the Anadolou Empire, and will unleash their full military might to take control of the land in his name. Players can recruit his units to their own cause by completing Seasonal Challenges throughout Season IV:

In case players missed them, the Sons of the Steppes and Soldiers of Fortune Unit Challenges from Seasons II and III will also be available for the duration of Season IV.

Level the battlefield with the EU West 3 server, now open for conquest. Veteran players can start anew by creating a brand-new warlord, while new players can start their journey in a land unscathed by wars, where matchmaking and progression is less daunting. Further expansion to Conqueror’s Blade will come on August 4, when Turkish full in-game localization becomes available.