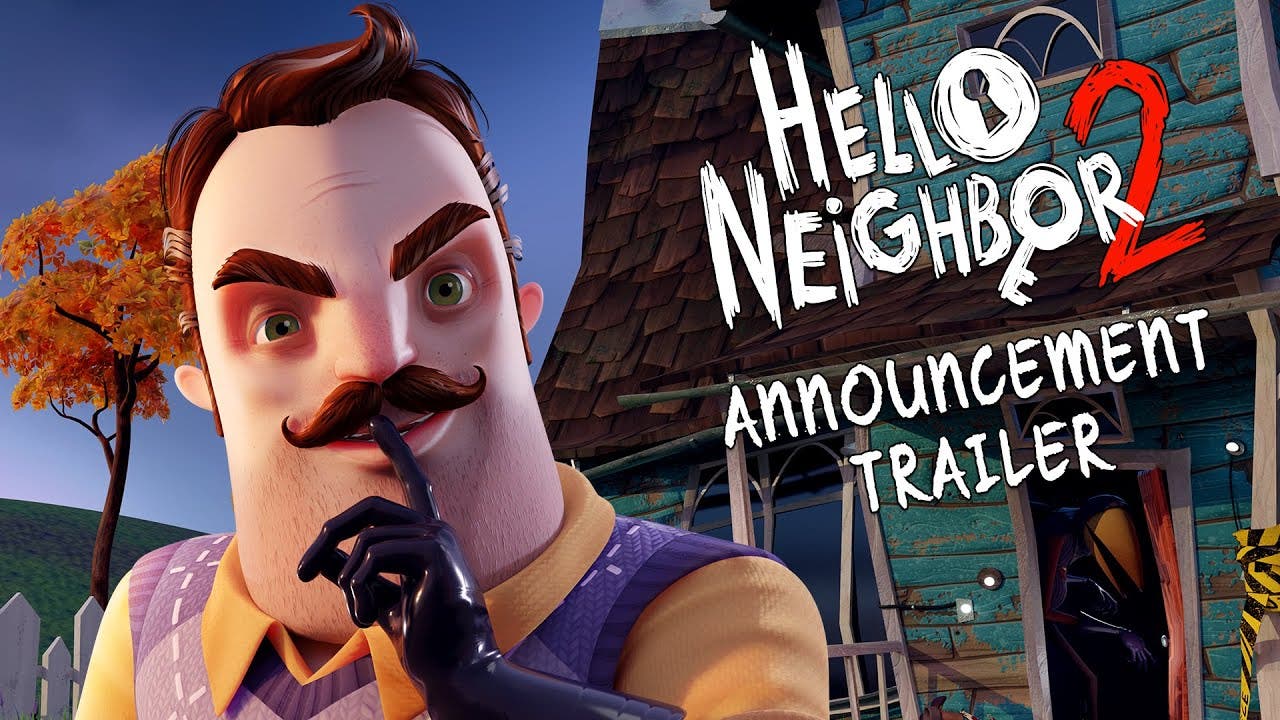 Hello Neighbor 2, the sequel to the genre-defining stealth horror game about sneaking into your creepy Neighbor’s house. Taking place directly after events of the original, players will explore an open world while searching for the mysteriously disappeared Mr. Peterson (the Neighbor) and being stalked by a mysterious, raven-like being.

Welcome to Raven Brooks. A place where people have been mysteriously disappearing. You play as Quinten, a local journalist investigating missing persons cases. A string of clues leads you to a creepy abandoned house — the house of the events of the original Hello Neighbor game — to discover it’s occupied by a mysterious raven-like being. Naturally, you want to sneak into this house to find out what’s going on.

Players will explore a creepy abandoned house while being stalked by an AI, and the gameplay will expand into the open world of Raven Brooks. Unlike the original, where the AI you were playing against navigated by manually placed waypoints, in Hello Neighbor 2 the AI behavior and navigation patterns are fully dynamic. The AI will observe player behavior, what they do, and try to use that knowledge to its own advantage in order to prevent players from figuring out the secrets lying within the house and its surroundings.

We have expanded upon what made the original game a cult classic by adding many new gameplay mechanics, an open world, and a completely new game style seen in the original Hello Guest Alpha where you need to scavenge for useful items in surrounding areas, only to be chased down by the AI.

Players will get to explore the mysterious town of Raven Brooks and uncover the secrets behind mysterious swarms of ravens flocking the town, and the unfortunate events surrounding Mr. Peterson (the Neighbor), shining new light to Hello Neighbor’s story.