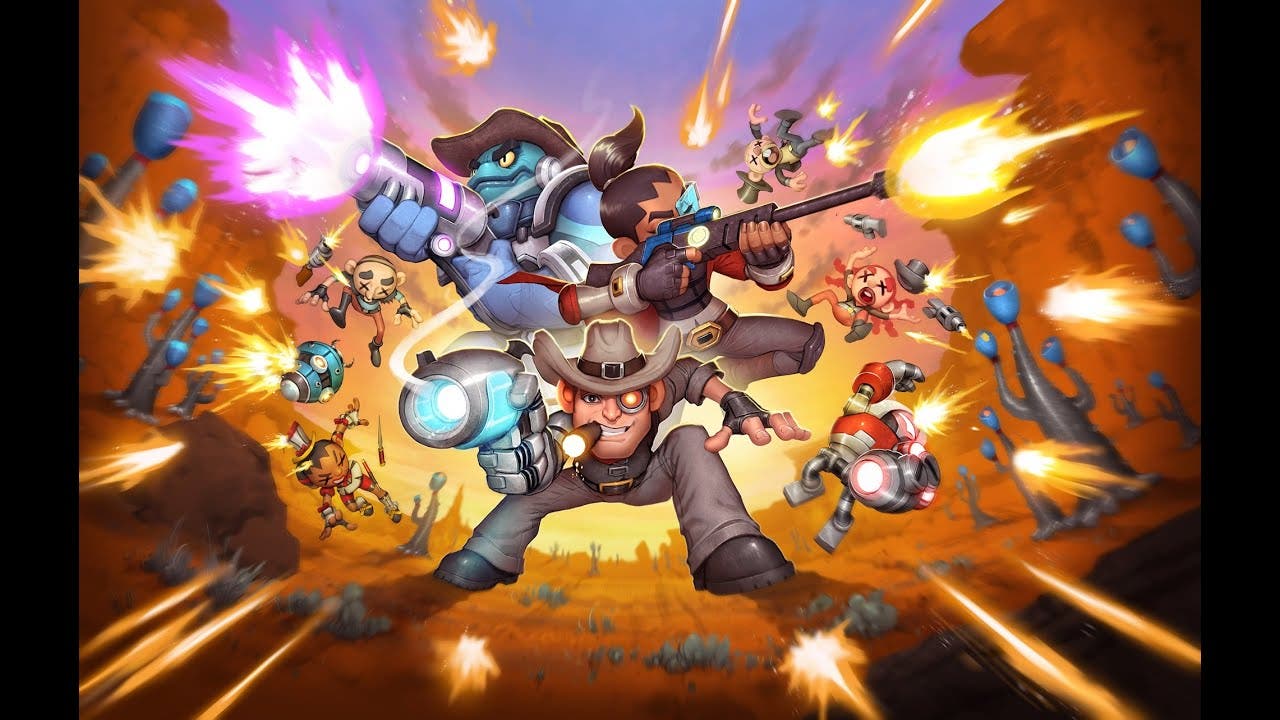 TombStar revealed, this science-fiction western is coming in 2021 on PC and consoles, with a closed beta later this year

No More Robots, the video game publishing label best known for titles like Descenders, Yes, Your Grace and Hypnospace Outlaw, is today excited to reveal TombStar, a top-down Space Western shooter that draws strong inspiration from late ’80s morning cartoons, as you control a team of gun-slinging renegades against the dastardly Grimheart Gang.

At the outer reaches of the Frontier Galaxy, you’ve arrived at TombStar. You’ve risked it all to be here, and the odds of leaving alive are slim to none.

Blaze your way through hordes of assorted space scum, from pistol-wielding cowpokes to robots with death lasers, and collect valuable loot, powerful upgrades and an abundance of dynamic weapons.

The TombStar journey spans four distinct planets, each with their own gruelling and bizarre alien landscapes. Utilize the special powers of three talented renegades, to rid the star system of the Grimheart Gang forever, and restore justice in this lawless world.

TombStar will launch at the beginning of 2021 across PC and console platforms. Players can sign up now for the TombStar closed Steam beta, which will run later this year, and gives a free taste of how the full game will play.